No part of the world appreciated the significance of the winter solstice more than the Nordic countries. Celebrating the solstice predates the celebration of Christmas by thousands of years.

While I didn't have much Nordic culture in my childhood, I have come to appreciate it in my adult hood, and now I really identify as Nordic. Then my DNA proved that to be the case. My Swedish and Norwegian mix accounts for 95% of my DNA.

My mother, who was German, made lefse occasionally for my Dad, who was fully Swedish and Norwegian. We would eat it hot off the griddle, slathered with butter. I started making it many years ago.

Tom's mother, who was also Nordic, made a fried dough cookie studded with cardamom called Fatigmand. A while back I started making that too.

Then several years ago we started having our grand kids work with us on making these two Nordic treats. Today, on Solstice, we went a little Nordic.

This is what the finished Fatigmand looks like coated in powdered sugar. 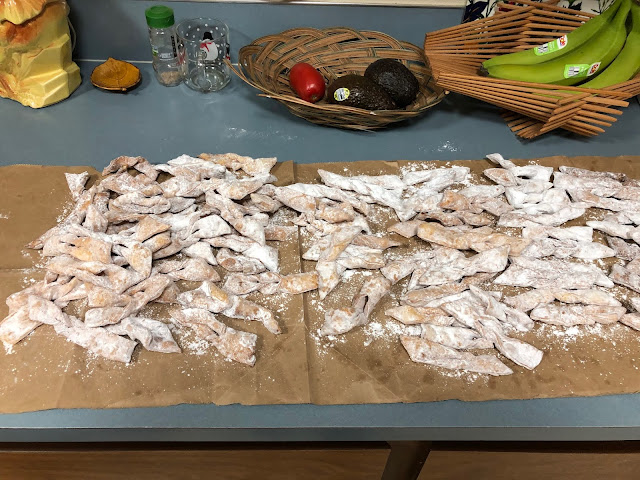 The dough is very stretchy and takes work to roll it out thin. I cut the strips and the slots. 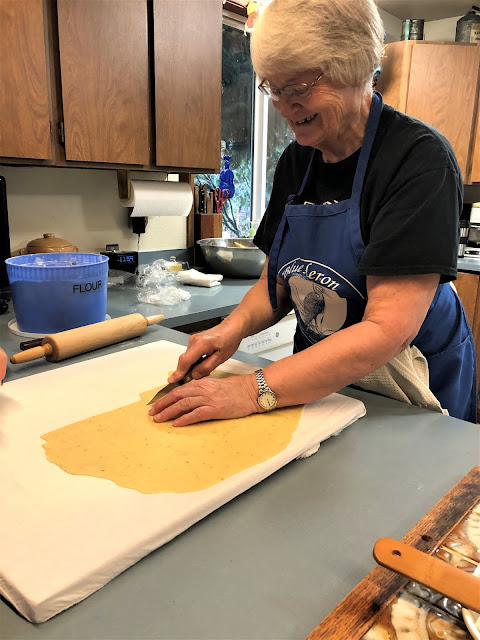 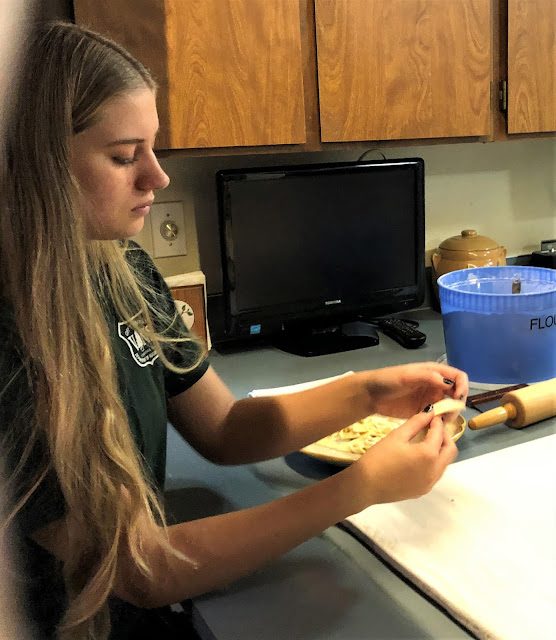 Isaac fries them, happy to hide behind his hair. Then we moved on to the lefse. I made a LOT of buttery, creamy mashed potatoes the day before. Today I mixed in just enough flour to make it into a soft dough.

You need to use lots of flour to keep them from sticking as you roll them out very thin. 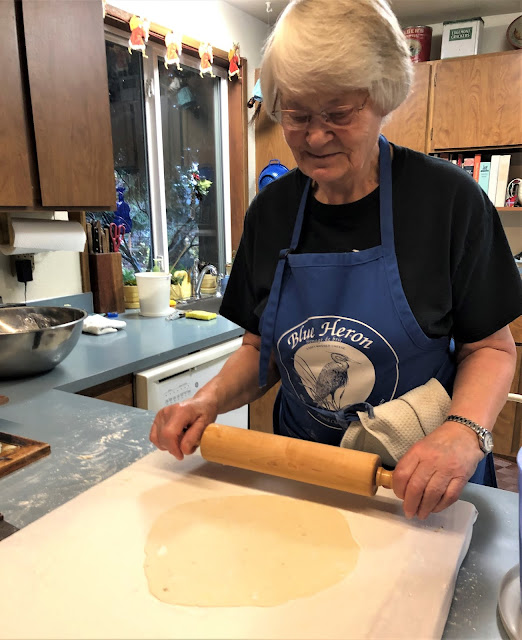 Irene used the special stick to put the rounds on the griddle. 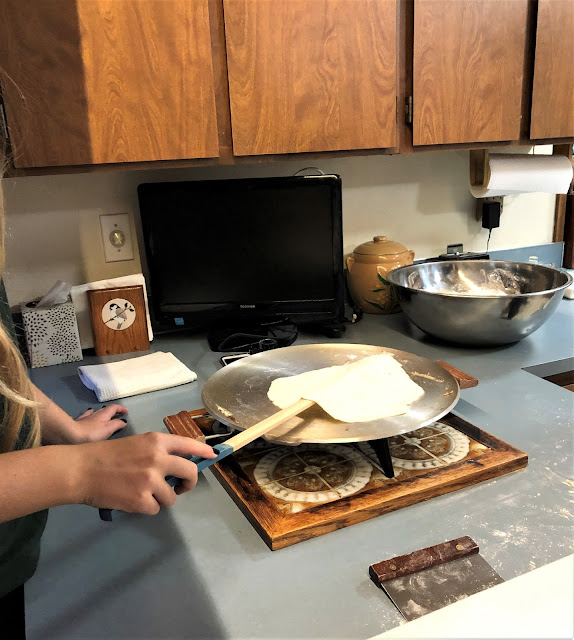 Eventually I got tired of my job and asked Irene if she was ready to try it. She was. It takes a very light touch, and re-flouring everything constantly, but she did a very good job. Isaac took over the griddle, and I just watched and listened. 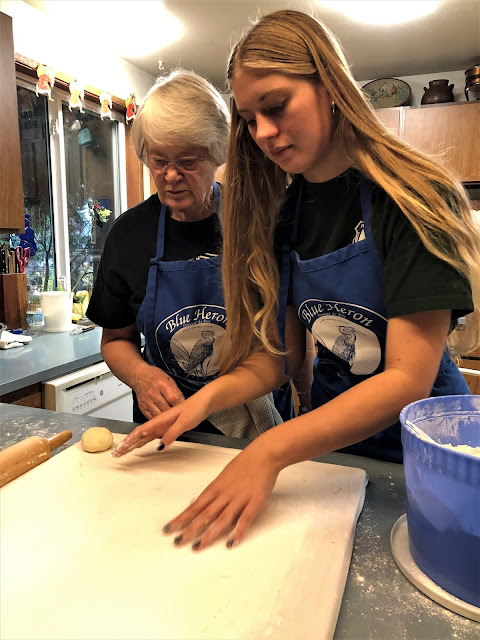 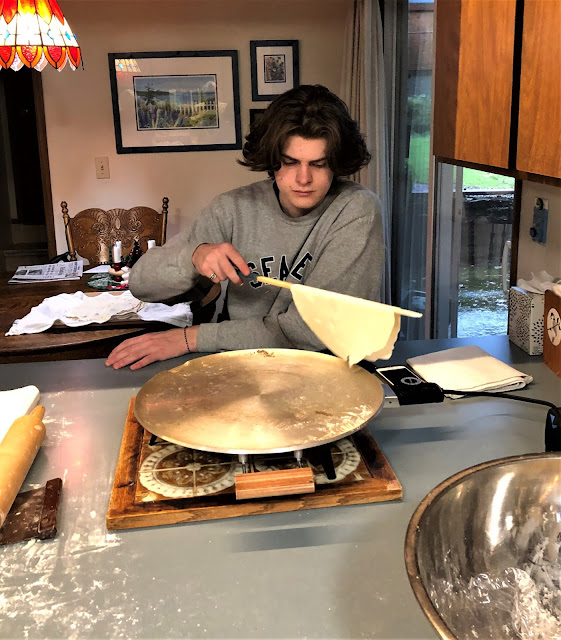 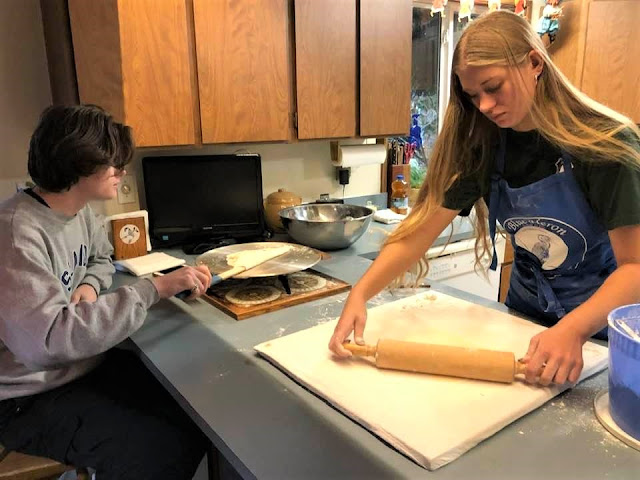 After we finally got through all of those potato dough balls, Tom cleaned up and we prepared some lefse for a late lunch: Still warm from the griddle, slather with melted butter, sprinkle with cinnamon sugar, roll and eat. 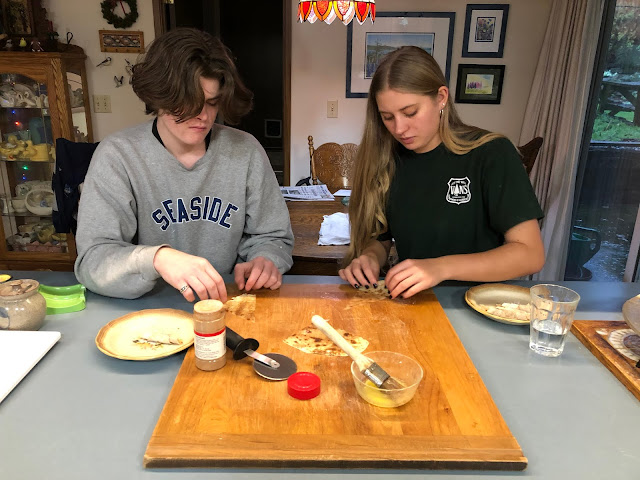 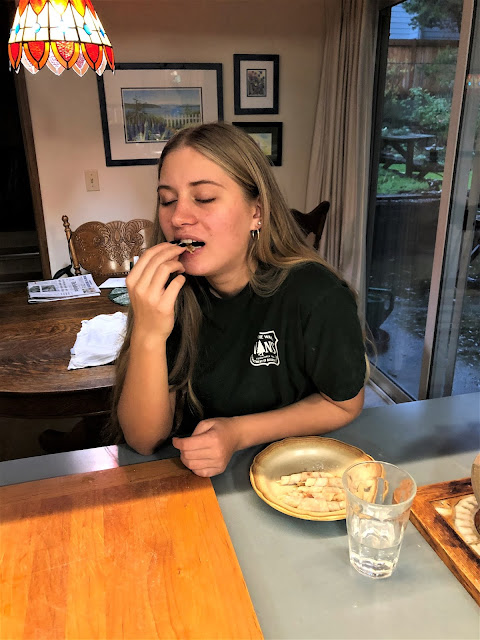 So was the Fatigmand, and there is still plenty for Christmas.

After the kids went on their way, Tom and I prepared some goodie tins to take to the members of our breakfast/Zoom group who live alone or in assisted living. We wanted to spread a little joy and love. 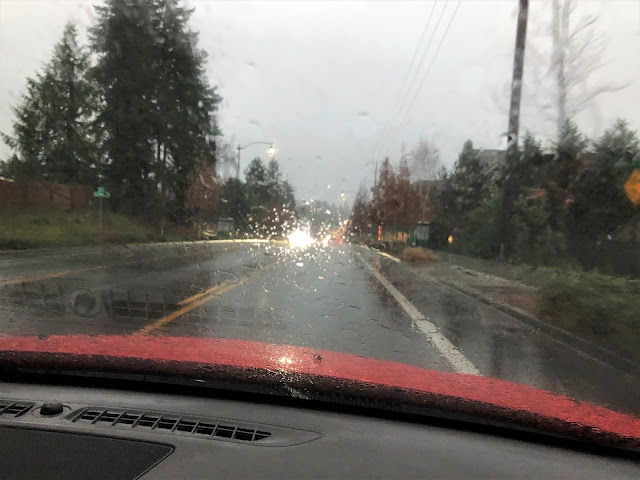 The darkest day of the year was living up to its title as we set out in a rain storm about 3:00.

We made five stops, and in each case,  we felt our hearts growing as we spread a little love, some at-distance hugs, and some Christmas goodies, including some very fresh lefse and Fatigmand.

It was a very good Solstice celebration.