The reason why Sunday was a gift day, and saying Goodbye to Mike

We knew that my brother-in-law Mike Grady was slowly losing his battle to cancer.  My older sister Ilene's husband, Mike had been fighting the good fight for quite a while.  He made it to celebrate his 80th birthday and their 50th wedding anniversary last fall.  He was with our extended family for Thanksgiving, and celebrated Christmas with his own growing immediate family.

Last week, after a doctor visit, the news was not good.  Mike had about two more weeks to be with us.  My other sister Laurie organized a family gathering at Mike and Ilene's home for the coming Sunday in Vernonia, Oregon, for one last gathering. That was Wednesday.  On Thursday morning the word came that Mike had taken a turn for the worse, and he had only hours left.  Mike died later that morning, slipping peacefully away, surrounded by his family.

We would not be going to Oregon on Sunday for that one last gathering.  That's why I decided that day was a gift, to use in a way that would heal our spirit.

Today we made that trip to Vernonia for Mike's funeral, for his farewell party. 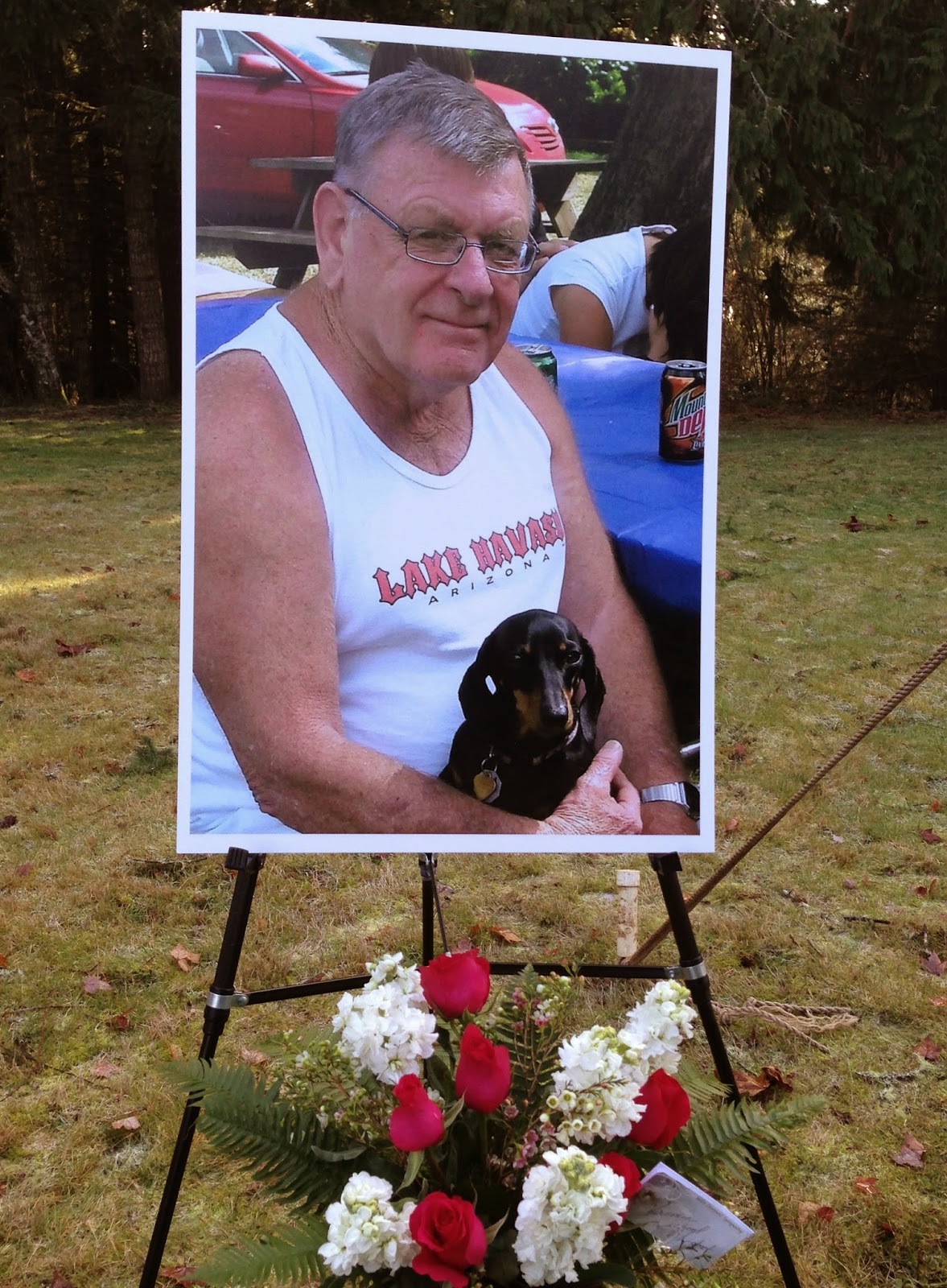 Following a simple graveside service, friends and family gathered in a local community hall to share food and memories and togetherness.

The food was potluck, and the whole thing was organized by Ilene's local friends. 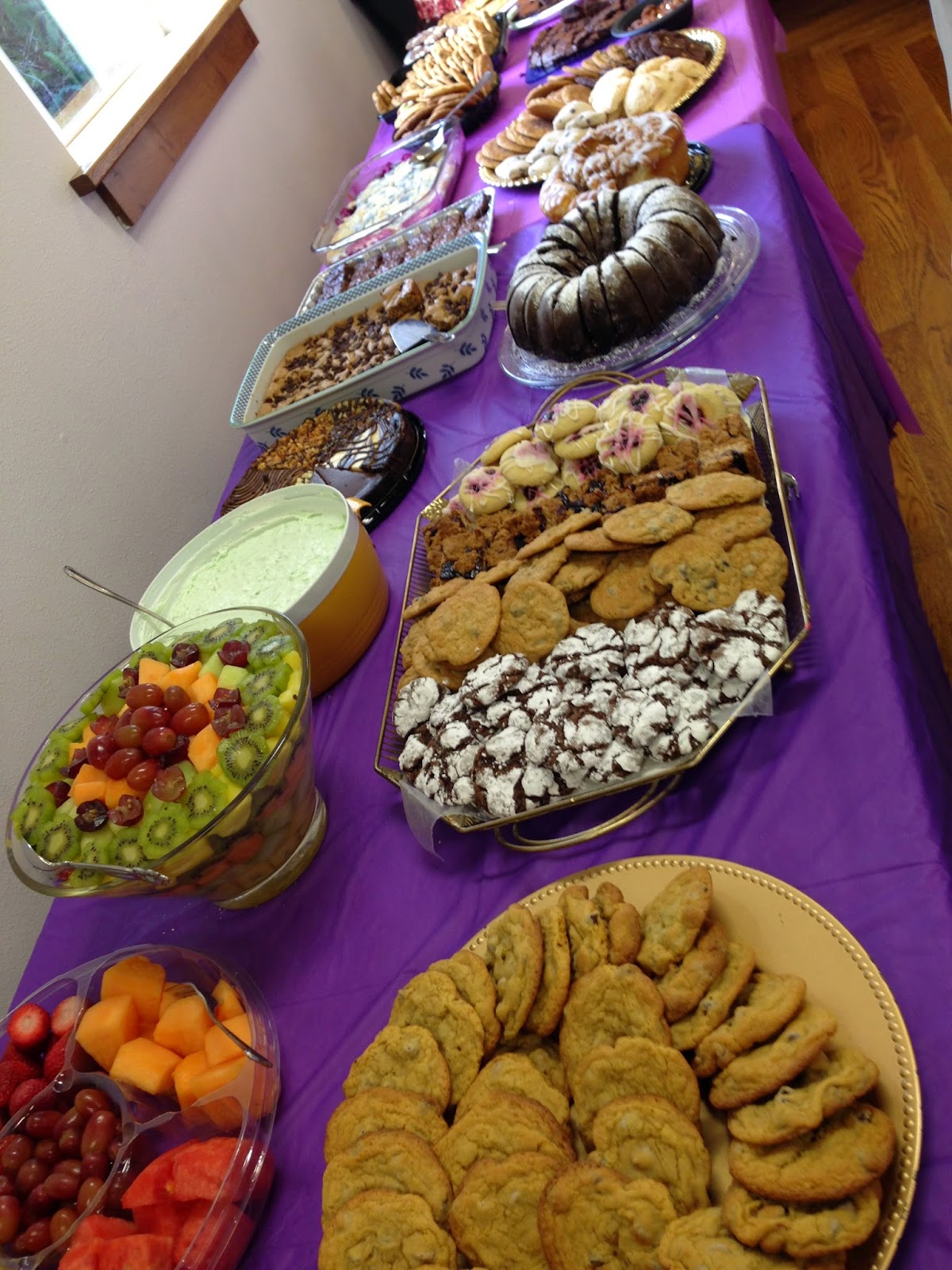 Small towns know how to do it up right. 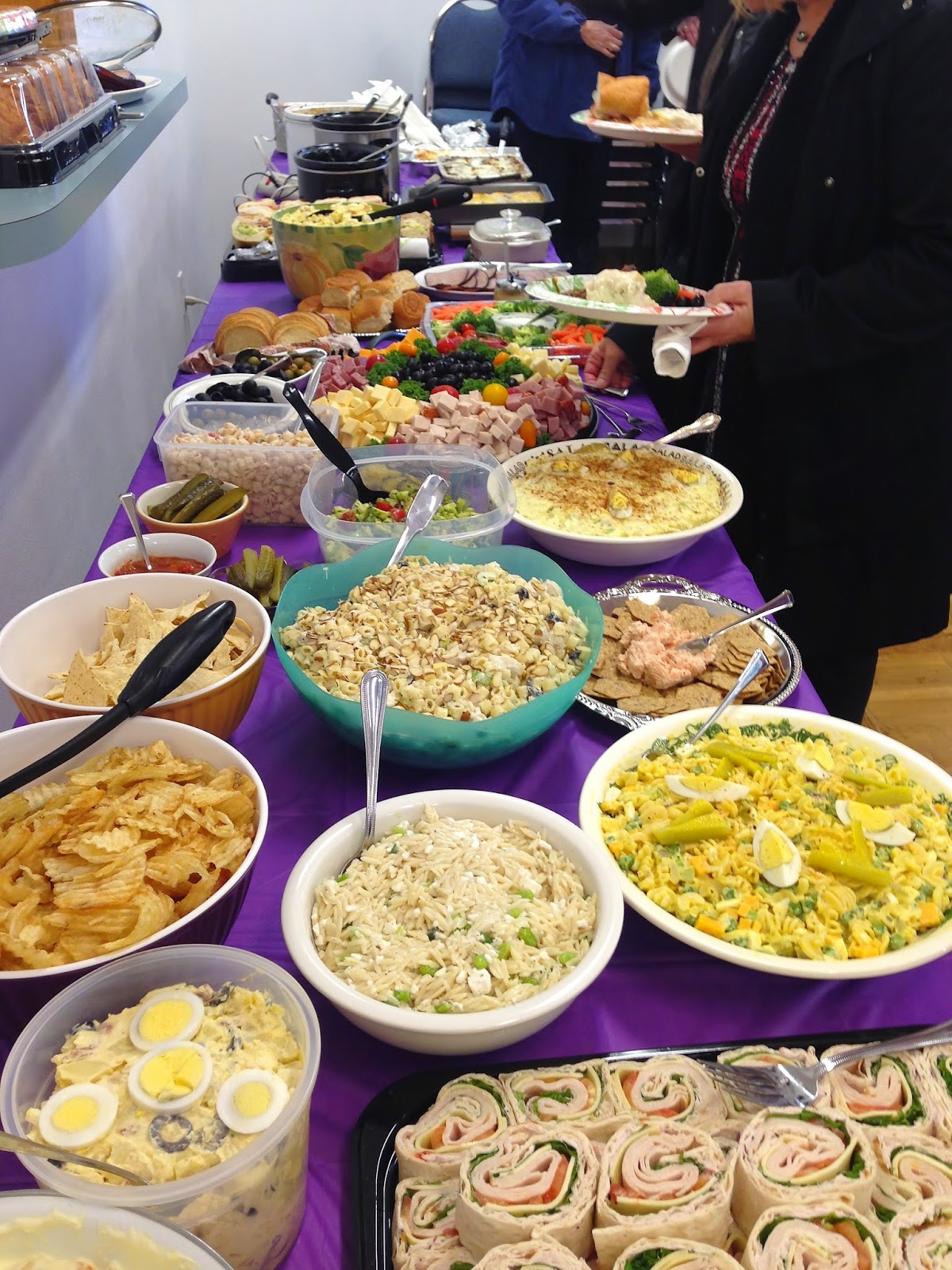 The good thing about the loss of a loved one is that it brings family together.  Here my daughter Jill is getting to know Mike and Ilene's youngest great granddaughter, who just happens to be named Violet, our mother's name. 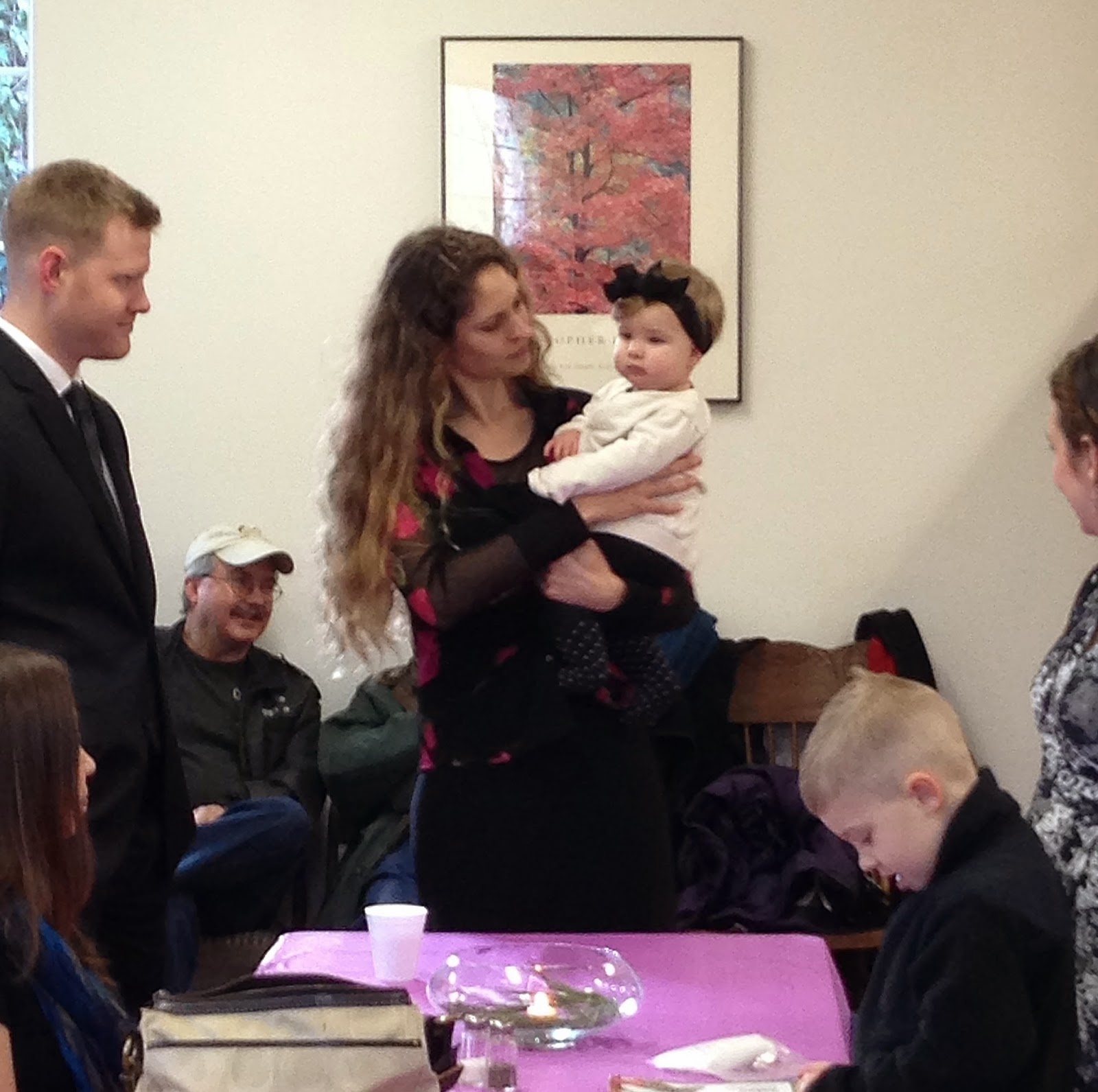 Ilene shared stories with some of the clan. 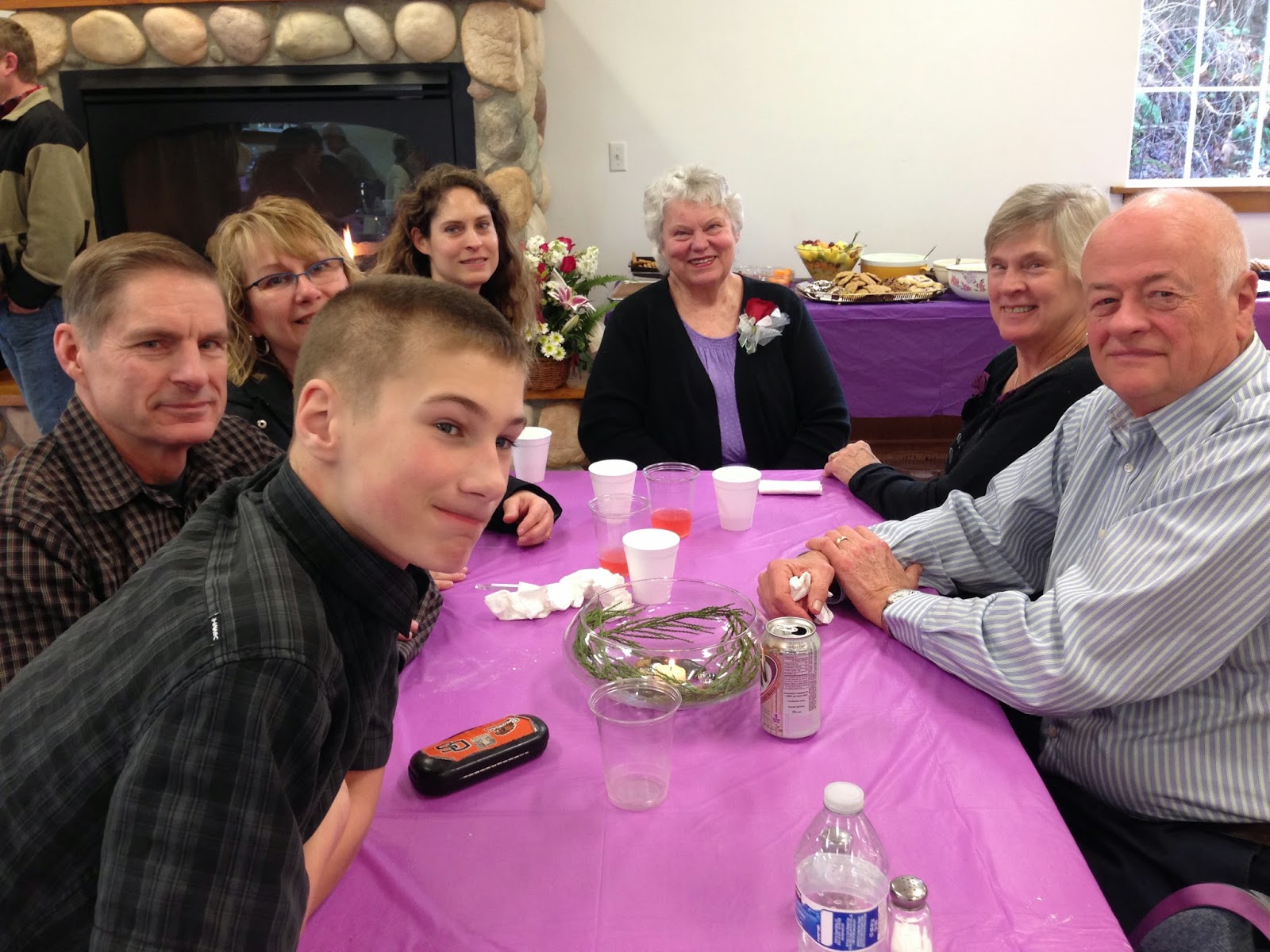 Our Uncle Don and Aunt Jeanne were there.  Uncle Don is my mother's brother. 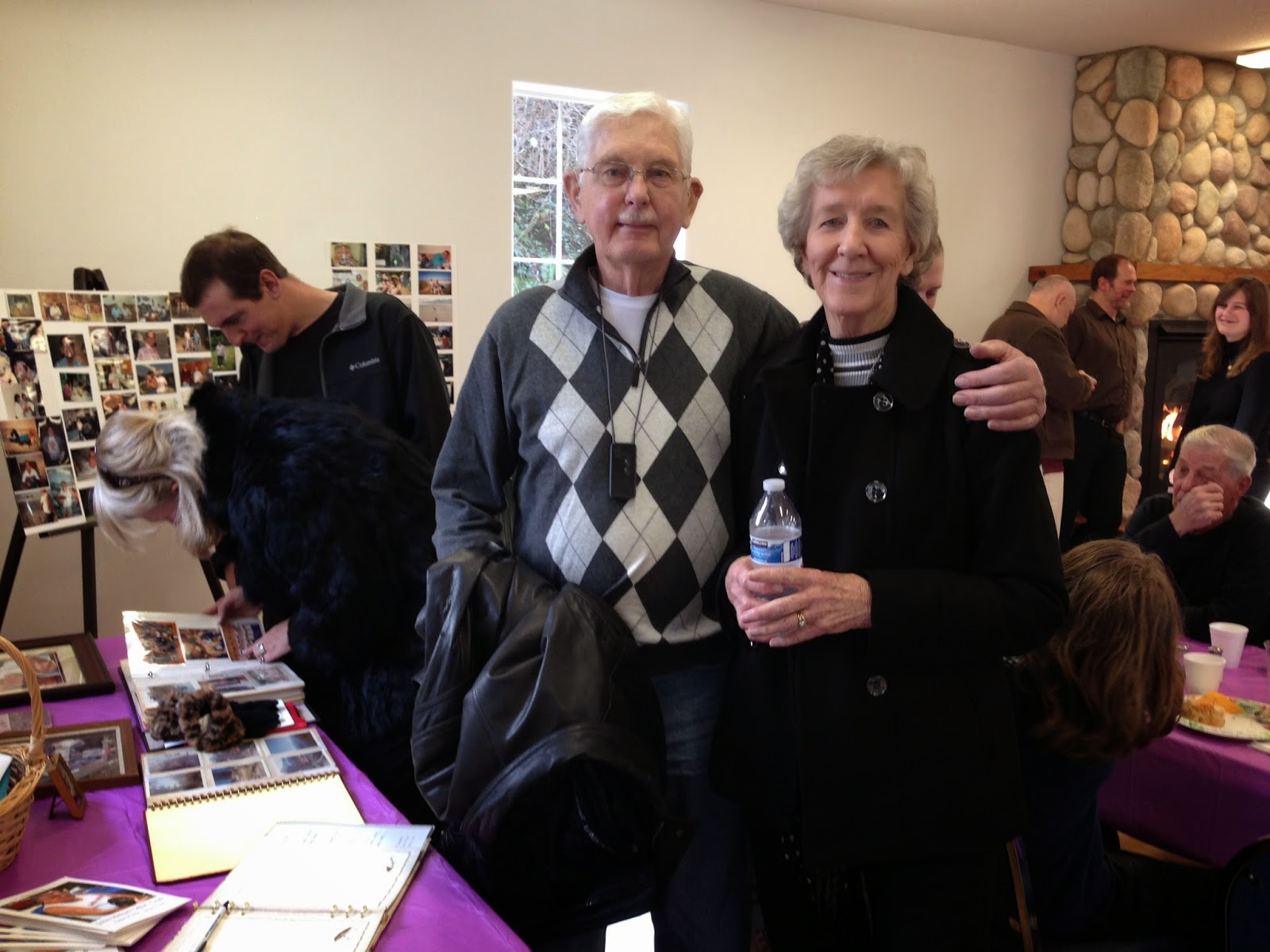 Here I am with four of my five siblings: Brother Hank and sisters Ilene and Laurie. 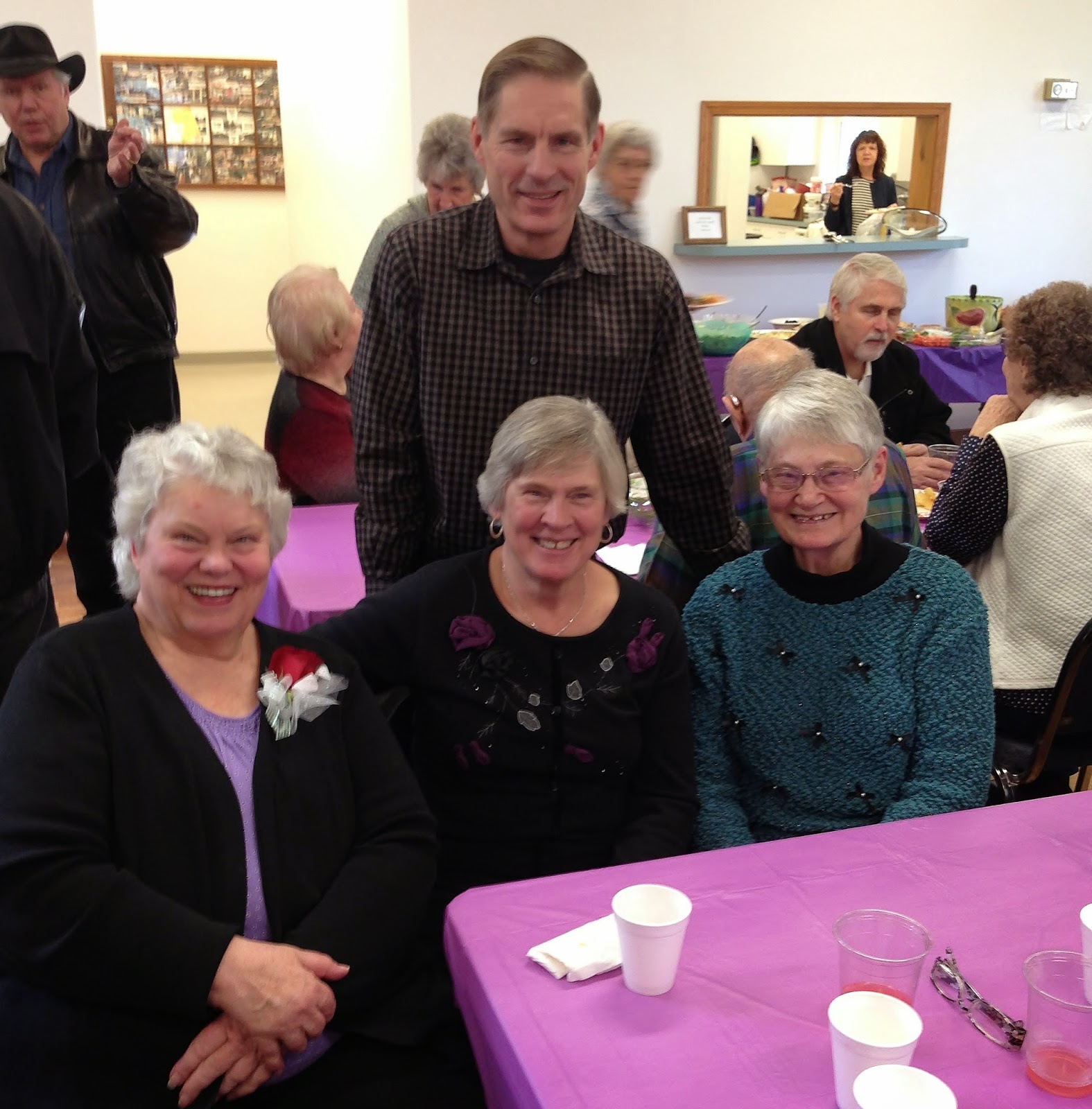 The sun was shining and the gathering was joyous.  Mike would have liked it.