Another Bang Up Fourth

By the time we arrived at the brunch hosted by friends on the Normandy Park parade route, I had too many layers on. The cool, cloudy weather was clearing and becoming a lovely, mild, mostly sunny day. We ate too much of all of the potluck goodies and then assembled street side for the parade.

The parade, a community affair, was mostly cars this year, one horse, and lots of candy tossing. Of course we "elders" like to see the cars of our youth. 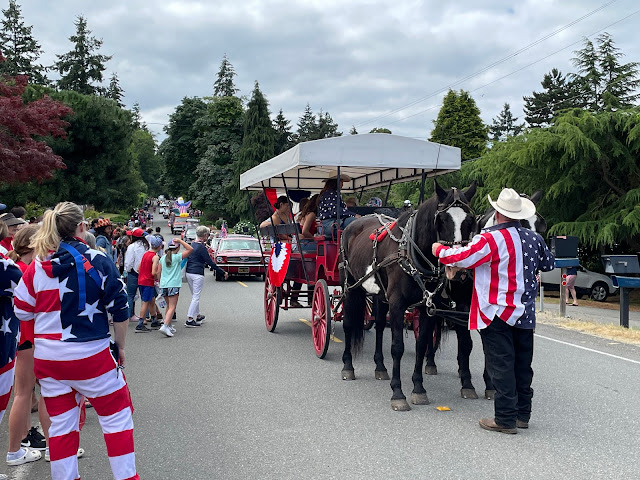 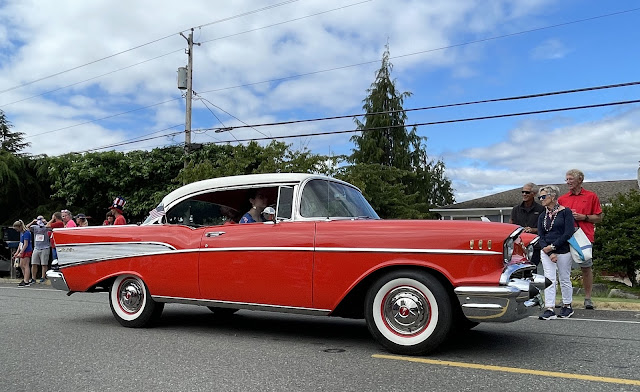 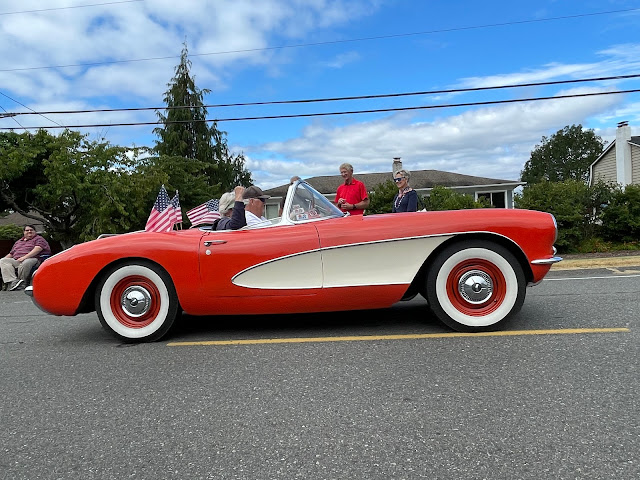 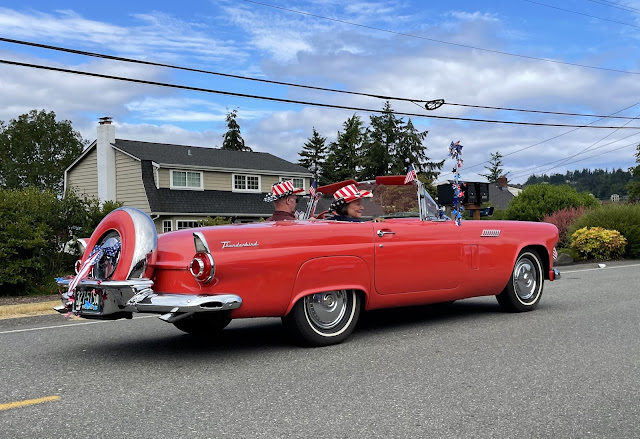 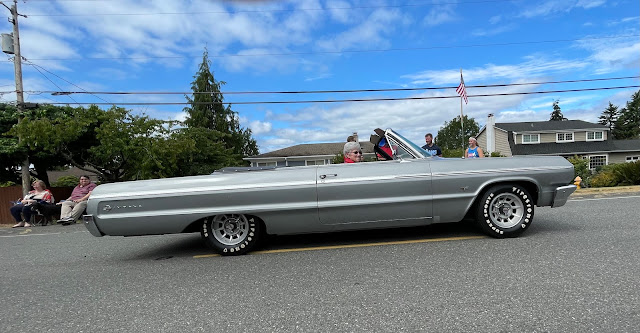 Since we would go to the Cove, a community beach park,  after the parade, and I couldn't walk that far this year, I hitched a ride on Gus the Bus as Jill and crew brought up the tail end of the parade. 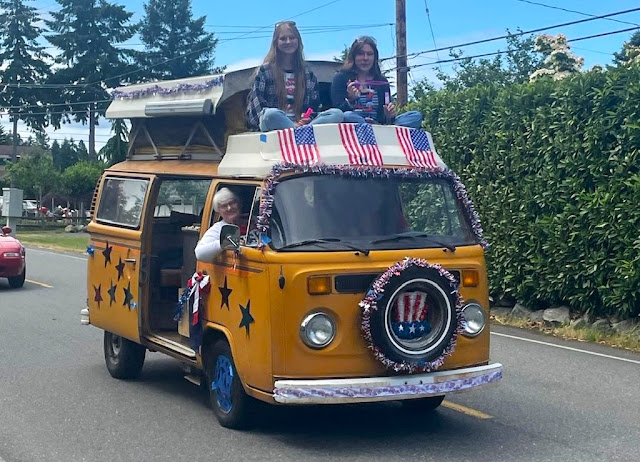 Gus is very popular with a certain age set (old). I had a good time tossing candy to kids and flashing the peace sign for what was left of the parade route. There were lots of smiles and waves. 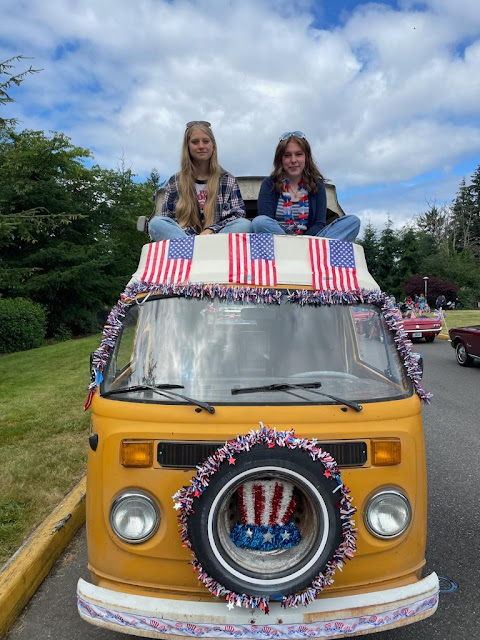 The kid crew before the parade. Isaac brought friends. 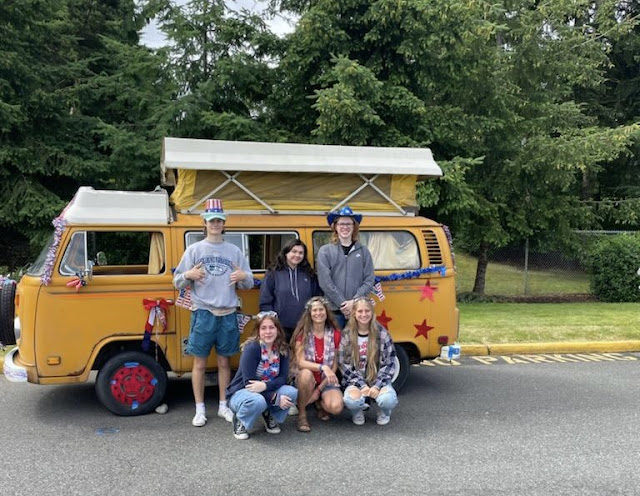 At the Cove after the parade. 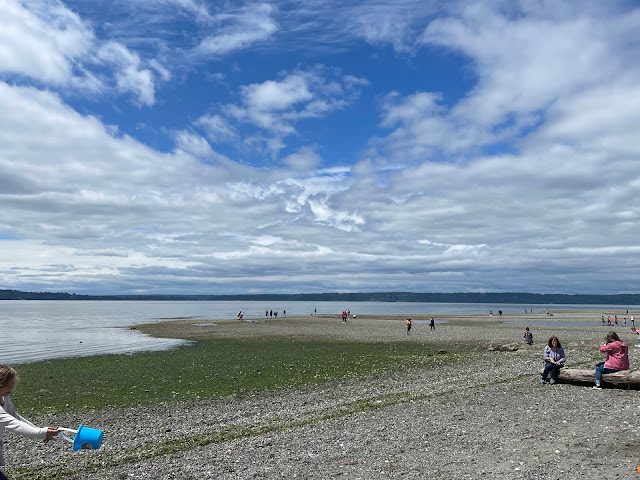 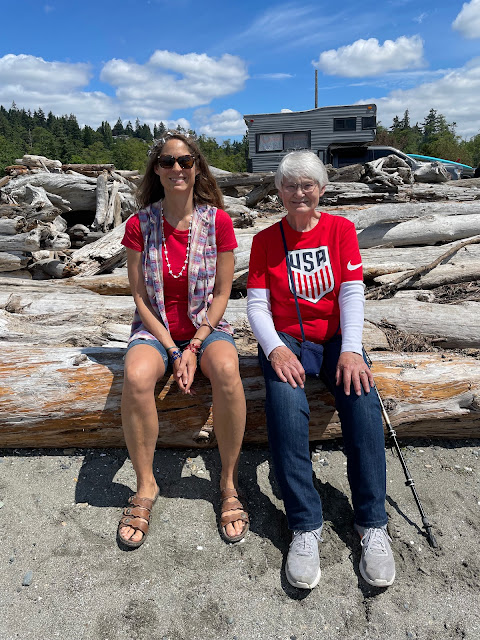 Jill, Irene, Allie, the cousin from Nebraska, and Isaac. 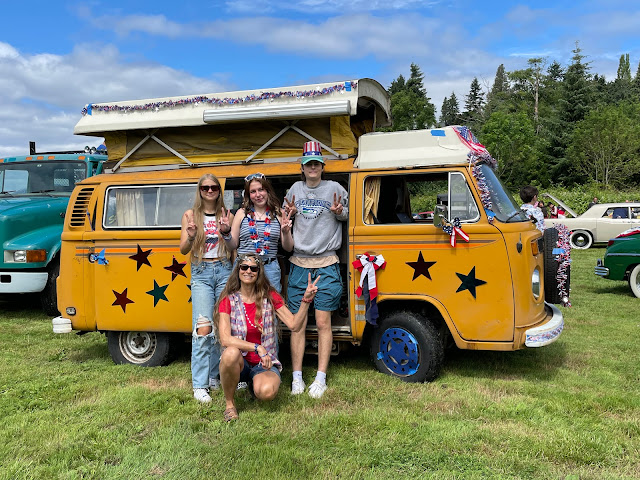 Tom and I returned home about 12:30. Tom napped and I caught up on all things electronic. About 4:00 we were on the freeway headed south to Gig Harbor, and food and fireworks at SIL Jan's house. 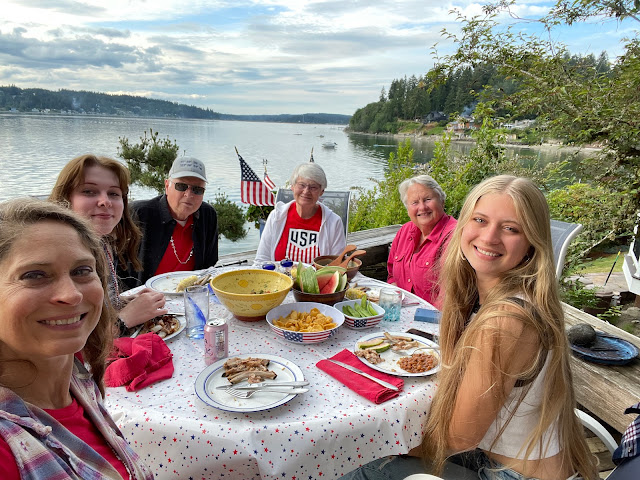 There was pretty much non-stop eating here. We had to call a halt for about an hour before we could eat pie.
There were no commercial fireworks in Henderson Bay this year, but Jill brought some and all around the shore there were constant eruptions of bangs and booms and sparkles in the air. 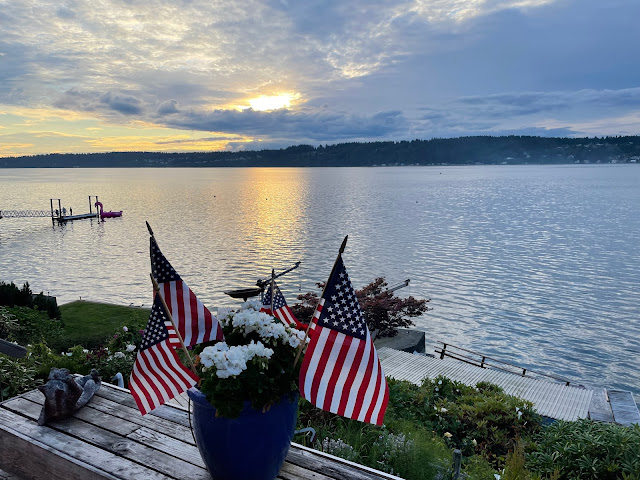 First, Nature put on a show. 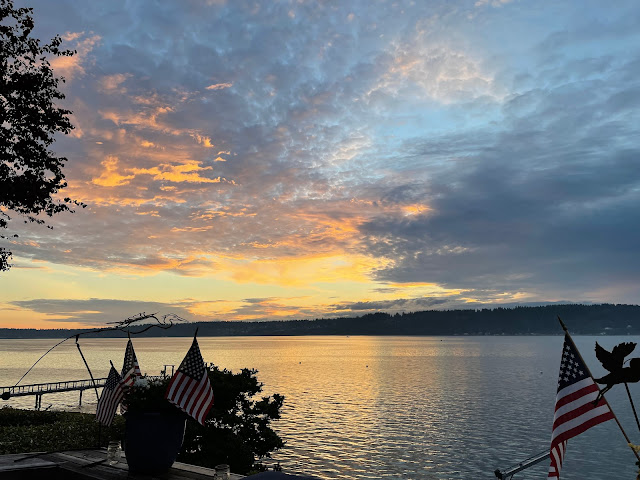 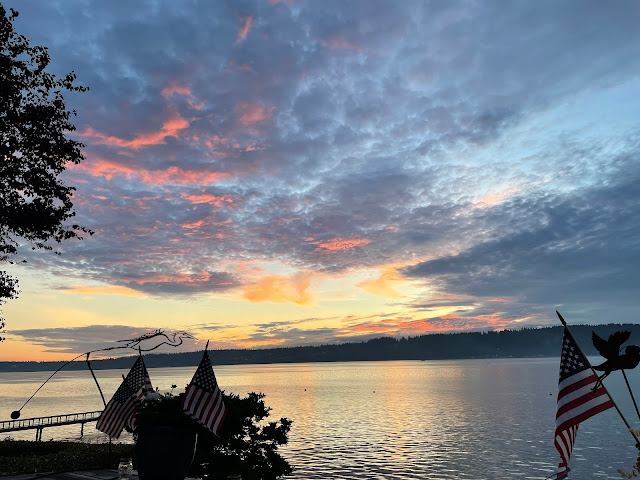 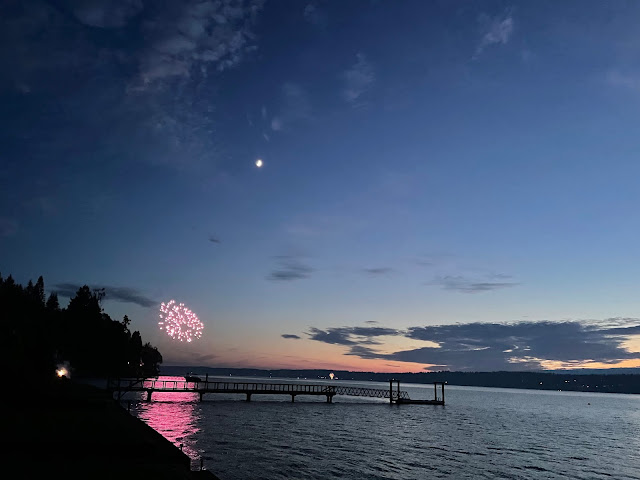 Then, with fireworks going of all around, we did sparklers. Me too. 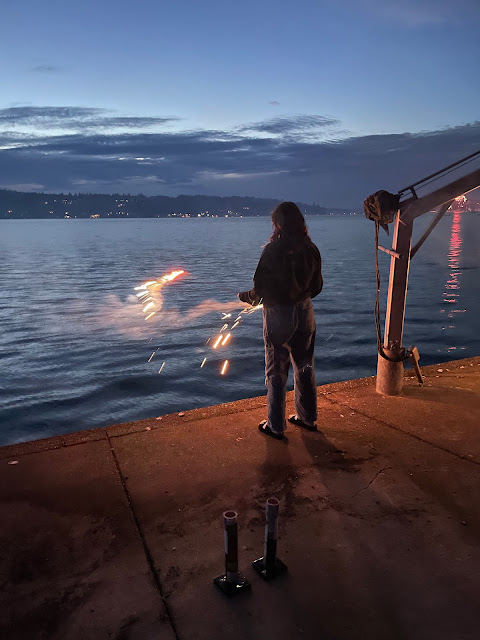 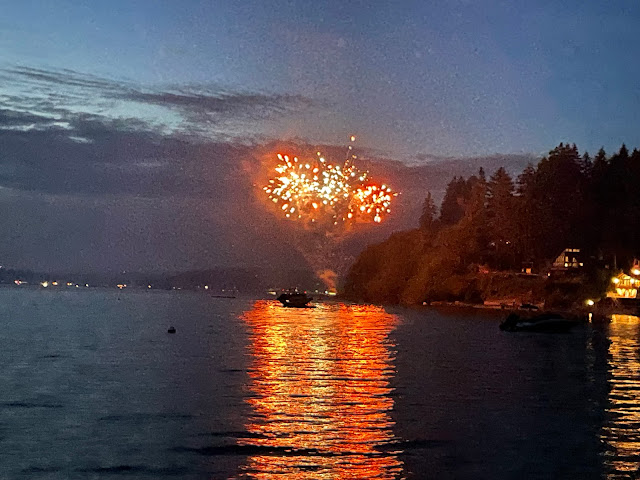 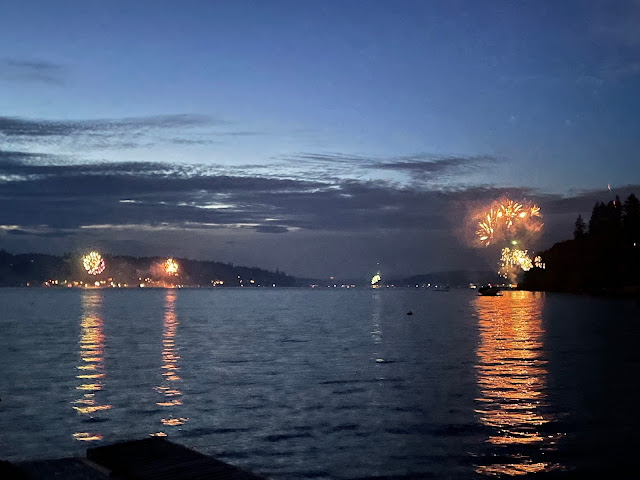 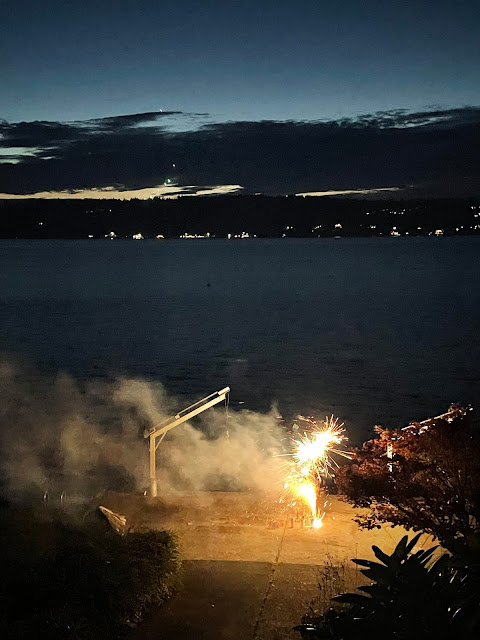 And Jill's big booms and sparkles. 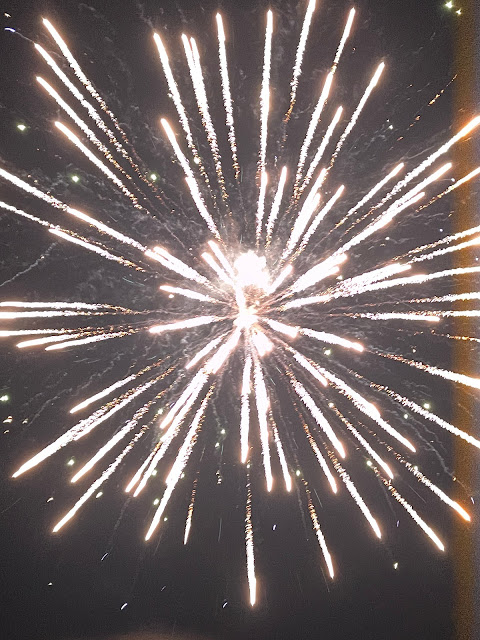 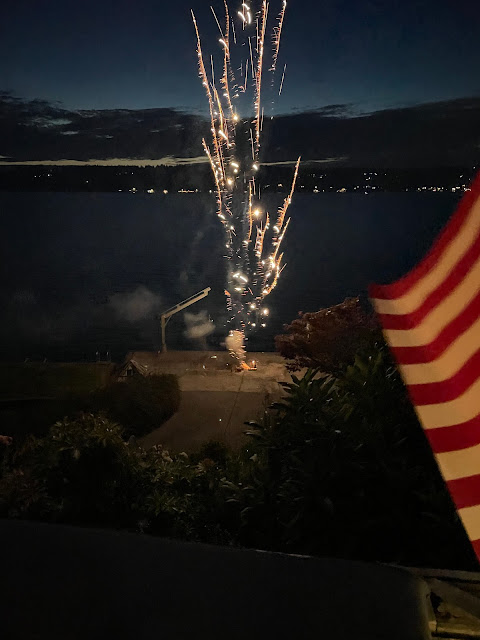 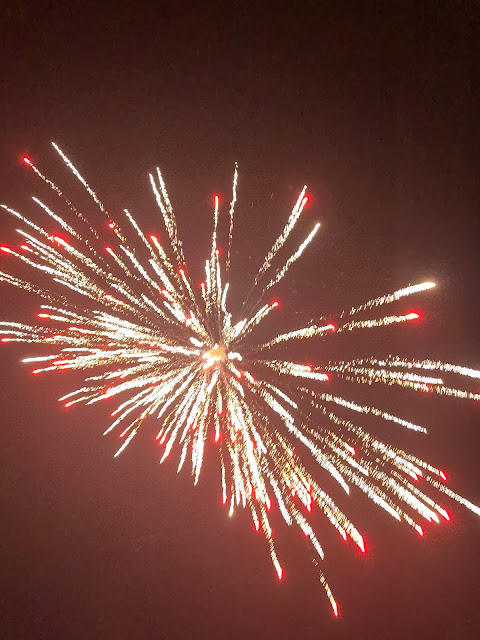 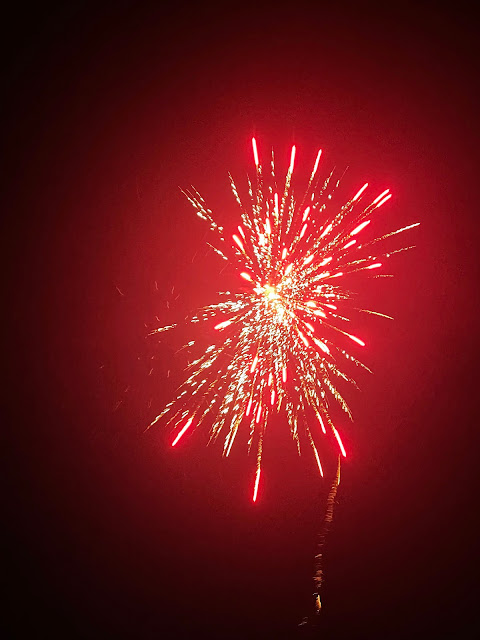 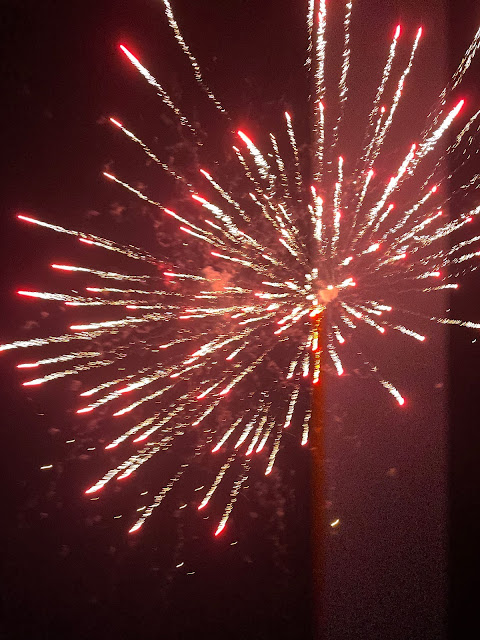 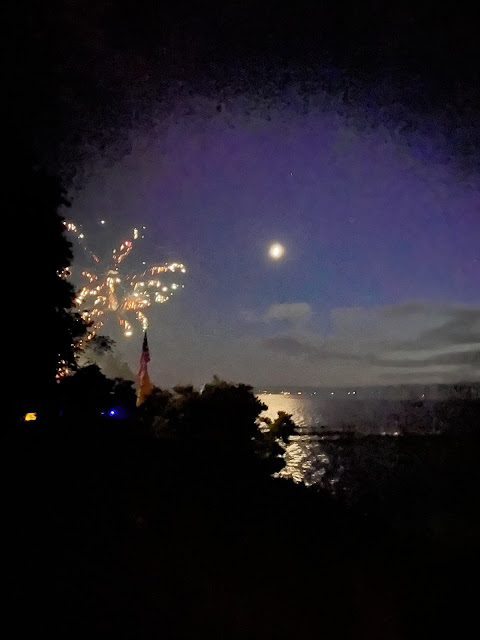 And the moon added to the show,
It was another well celebrated bang up 4th of July. 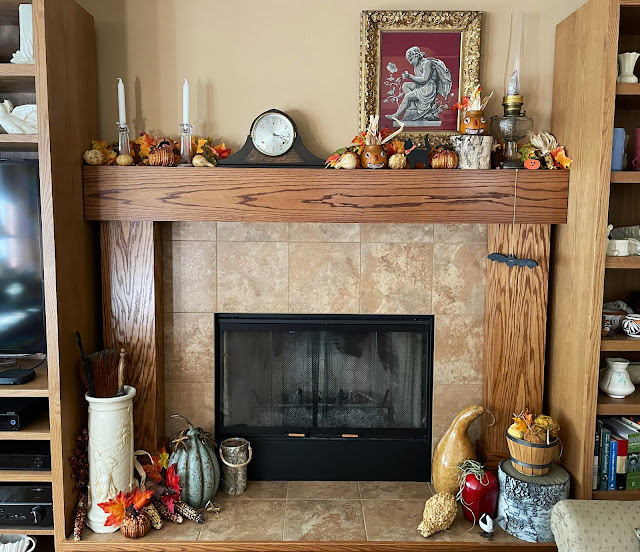