Earlier this week we had a hankerin' for some good, fresh corn on the cob. We decided to make a "field" trip to Carpinito's Produce Stand in the Kent Valley. Yay. Escape from the house! 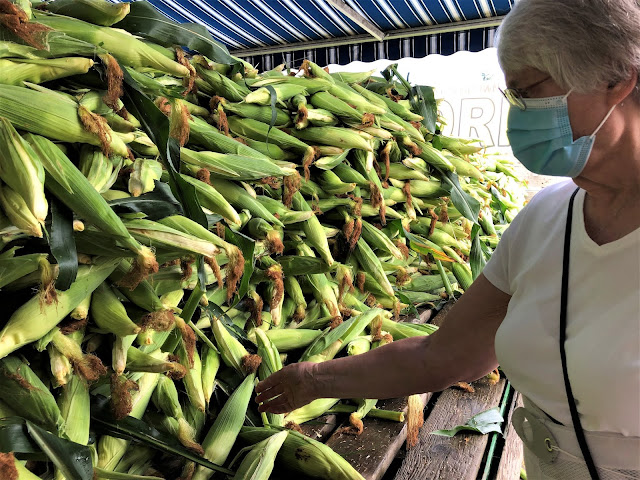 A mountain of it!  We just bought four ears, two we had that night, and two we'll have today. It was so fresh and so good that first night.

Then of course we had to see what else was there. 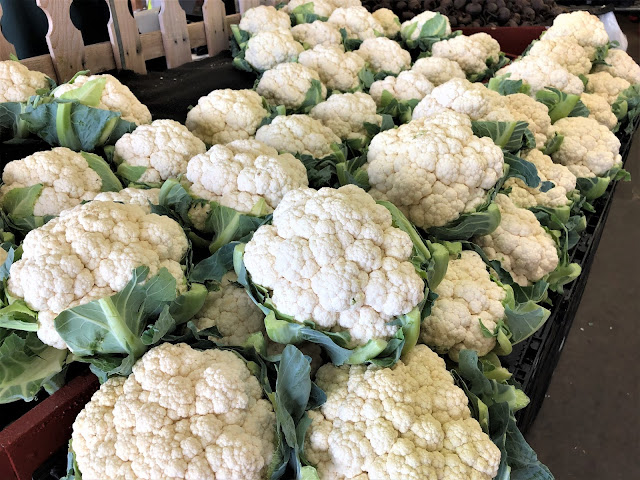 We bought one of these big, beautiful heads of cauliflower. 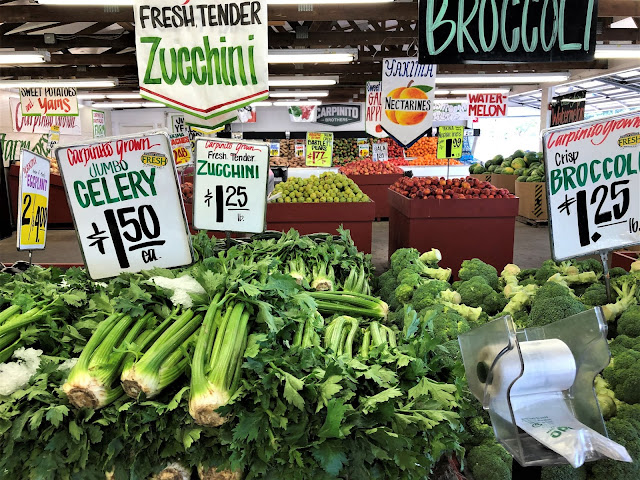 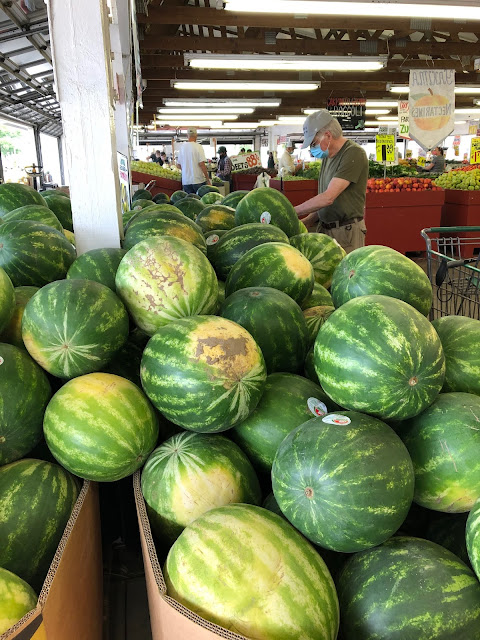 We bought the smallest watermelon we could find. At home we cut up half of it into chunks and have a big bowl on it in the refrigerator, ready to just grab a few chunks for a snack, or to add to a meal. 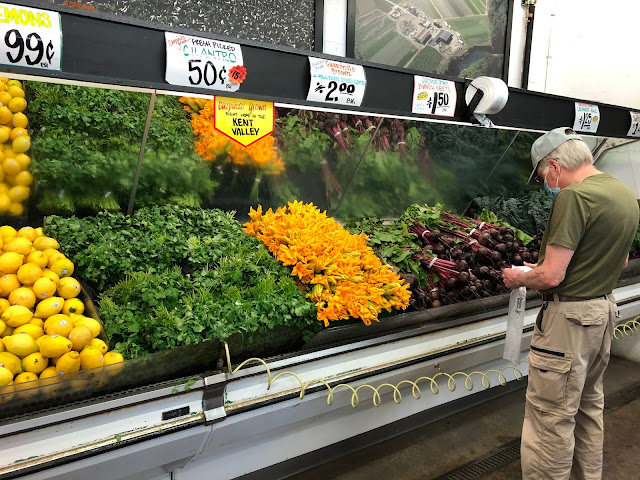 We bought a bunch of beets and beet greens. We had them for dinner last night. We both love the beet greens and the beets, a real treat. 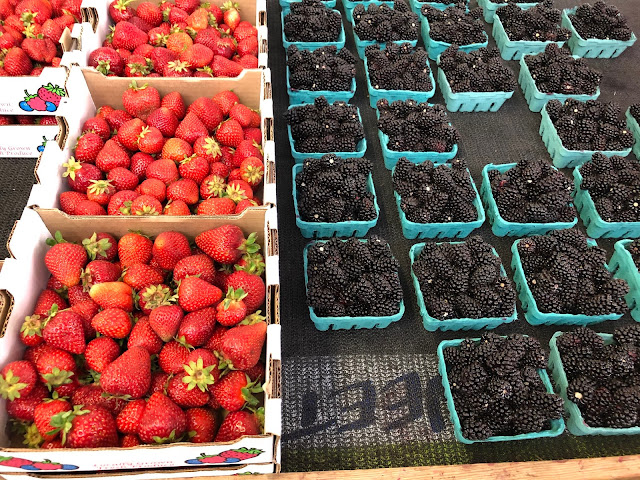 I bought one cup of blackberries, and made them last a few days, adding some to  breakfast cereal and my lunch yogurt. 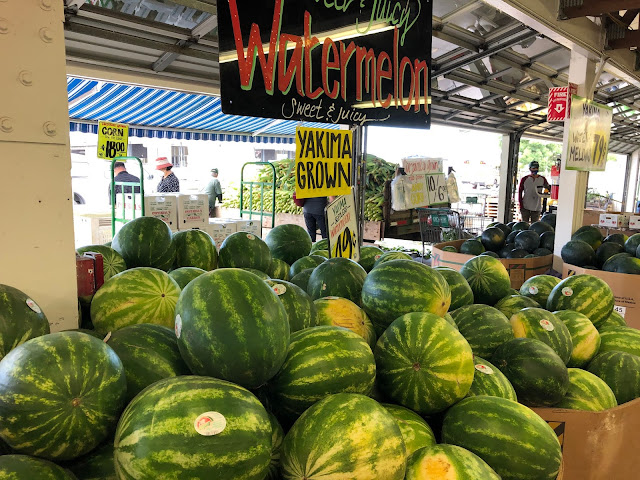 We bought a couple of nectarines too. They are easy to get from the grocery store and we usually have a couple ripening on the kitchen counter during August. They are also really good with yogurt. 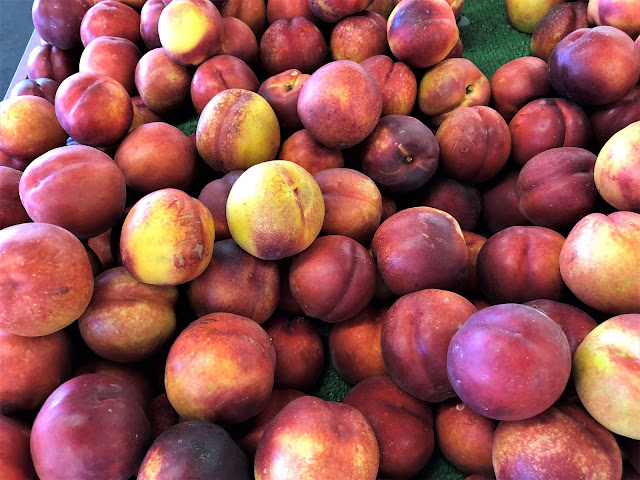 I just got back from my first real walk, other than just walking around the house and yard. I walked up to the Safeway store to deposit a card in the blue USPS mail box. Yes, it's still there. It was only about eight blocks round trip, and I'm still walking like an old person, but it felt like an accomplishment.
at August 21, 2020

Santa Claus Is Coming to Town 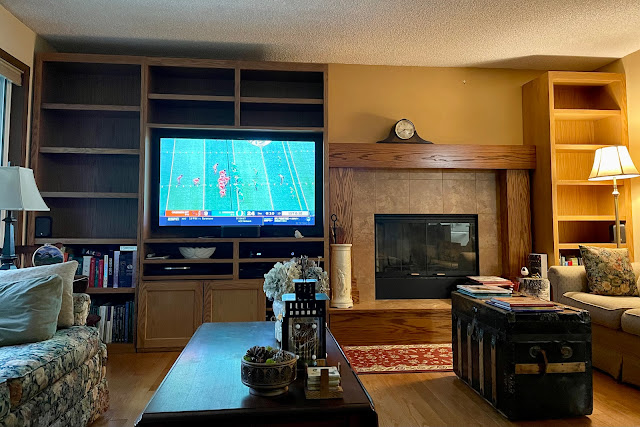