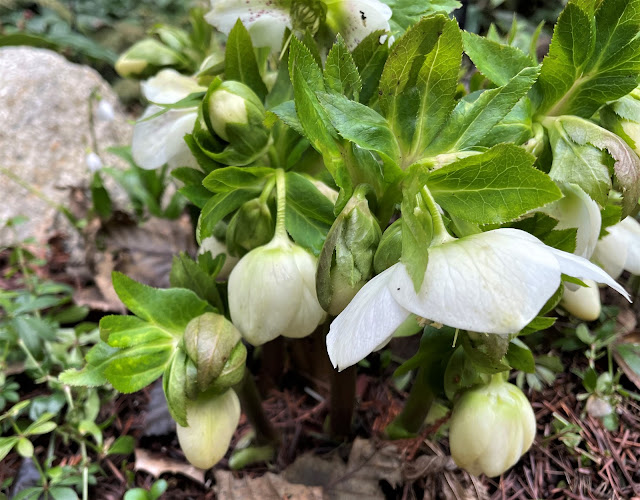 The first hellebore blooms have opened. They are shy so it's hard to see their faces. 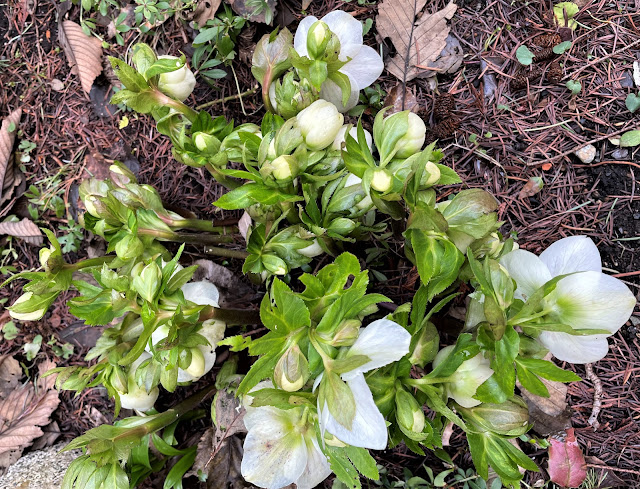 There will be lots more as these fat buds slowly open. 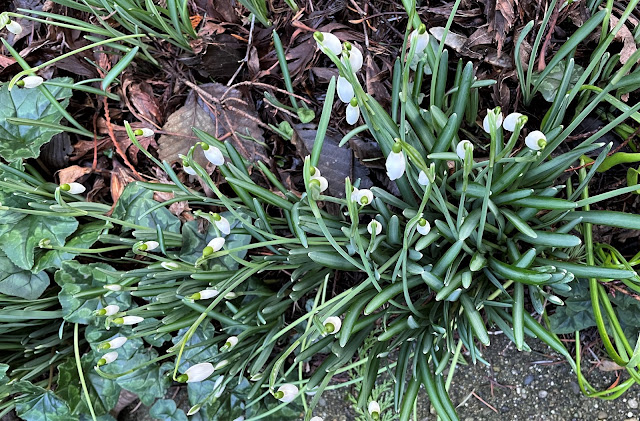 Snowdrops are blooming. They are waiting for a sunny day to open up. We might get that tomorrow. 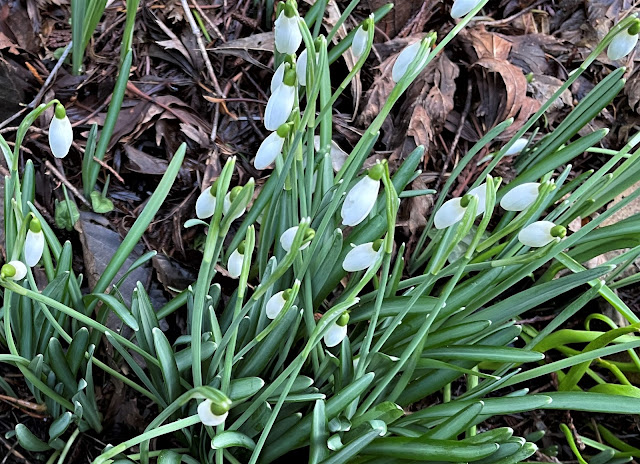 The first bud has opened on the hardy winter cyclamen. 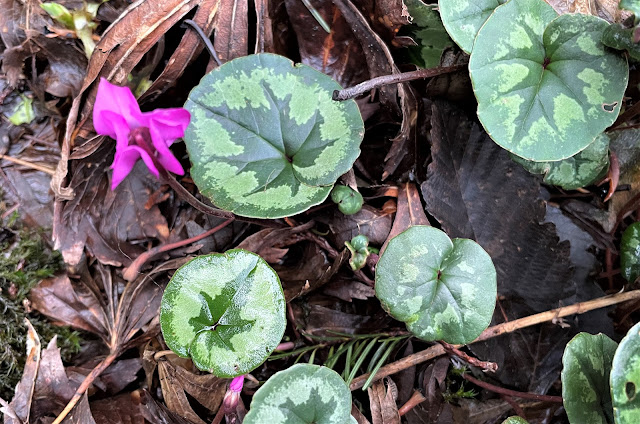 Tuesday I had my last appointments before going into lock down. I got a hair cut, and then I had a Physical Therapy session that my hip surgeon set up.

I learned that I had been doing a lot of things wrong. I learned that I should stop doing the hip stretches that weren't helping. Yesterday I created a new checklist of the changes in my PT routine. Today I went through the new routine for the first time, stopping often to check what's next and what I should be sure to pay attention to. It will take some practice.

I developed a new pain doing the new PT, so I will have to back off of that one exercise and go more gradually. I'm hobbling around less today.

While I was doing my PT today we had a power interrupt, and then Tom, who was working on the desk top computer, couldn't get it started again. He got a very loud alarm, over and over again, as he tried different fixes. He used his cell phone to contact the Geek Squad, and got an appointment to bring the computer in since they couldn't work on it remotely when it wouldn't start. Turns out his appointment was for next week, but since he was there, the tech guy we like there plugged it in, and after a few clicks and groans it started up. I guess it was in the middle of a new update in the background and didn't enjoy being interrupted. We have it back and I'm using it now.

Earlier I finally Googled something that had been bugging me. My Levono laptop appeared to have the possibility of a lighted keyboard, but I couldn't figure how how to do it. I finally Googled the right words, apparently, because it found the answer right away and it took two easy keyboard touches. Duh.

It's good to learn something new, even it you feel a little stupid for not knowing it before. 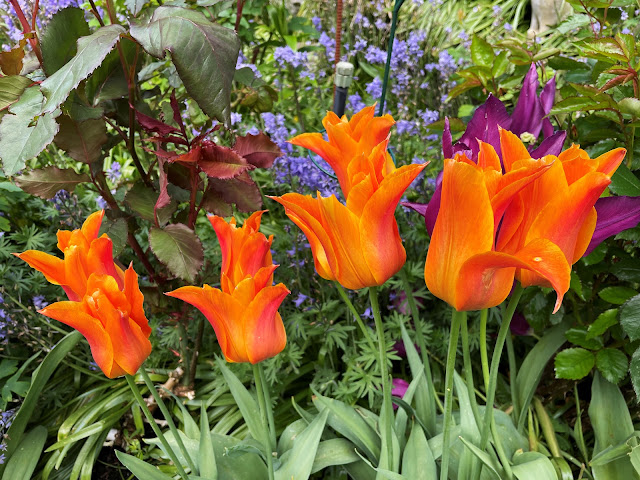