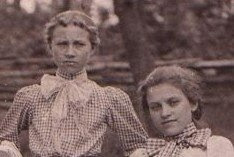 Last weekend we attended the Phosie-Gertie Picnic, an annual event for those in our extended family who are direct descendants of these two sisters. Buelah Gertrude (Gertie) Van Dervoort was born in Pennsylvania in 1883. By the time her sister, Triphosa Hortense (Phosie) was born in 1886 the family was living in a soddy on the Nebraska prairie. Gertie and Phosie were the middle of seven siblings. When the youngest, James, was born in 1890, their mother Ella died in childbirth. The family returned to Pennsylvania. About 1900 Gertie and Phosie moved to Southwestern Washington State to join an older brother Glen and the youngest brother, James, their father John Van Dervoort, and their maternal grandparents, the Bowers, who had moved west earlier. There John and the other men farmed and logged, and John made harnesses and shoes to support the family. 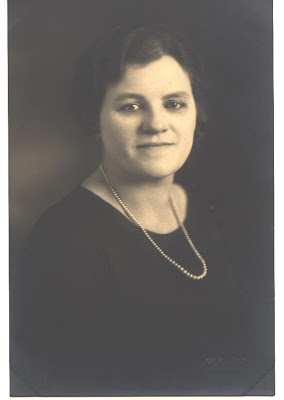 Gertie In 1905 Gertie married Joseph Reeder. They lived in Olympia, and then Maytown, where the Reeder farm was located. There is still a Reeder Road in what is left of Maytown, just off I-5. Gertie and Joe had three children, Wanda, Bernard, and Clessie. Bernard (Bud) is Tom's father. Joe farmed and worked in a saw mill, and Gertie became the mill camp cook. 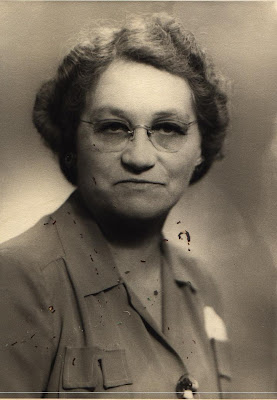 Phosie married Guy Baker, date as yet unknown, and they lived in Bucoda, WA, a prairie town south of Olympia, where Guy was station master for the Northern Pacific Railroad. They had one adopted daughter, Mary.

Later in life, as widows, they lived together in Puyallup, near where Tom and his brother and sister grew up. 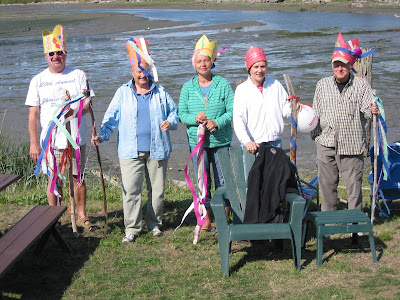 The direct descendants. These are the ones who used to make their parents wear the silly hats. Now the next generation is seeing to it that the tradition continues.

When we gathered last Sunday, the five attending grandchildren of Phosie and Gertie, now our oldest living generation (who knew we'd get "old" so fast) attempted to tell some stories of what they remembered of their grandmothers. I was struck at how little they knew about what must have been remarkable lives. Tom, our family historian, will soon do more digging and try to discover some of the missing details. 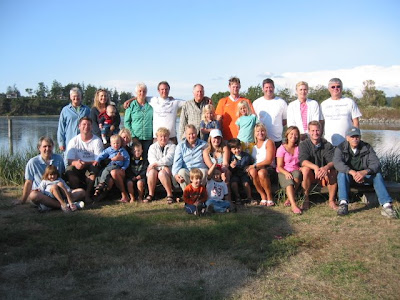 Our group last Sunday was smaller than in some years, but with spouses, it represents part of the legacy of these two pioneer women. 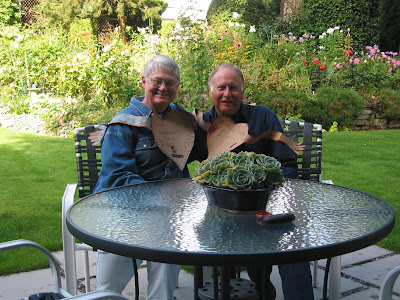 We will not be with our own grandchildren on Grandparents' Day, since they live 1500 miles away, so they sent us "hugs", which will keep us feeling loved anyway.

The Decorating is Done, Mostly 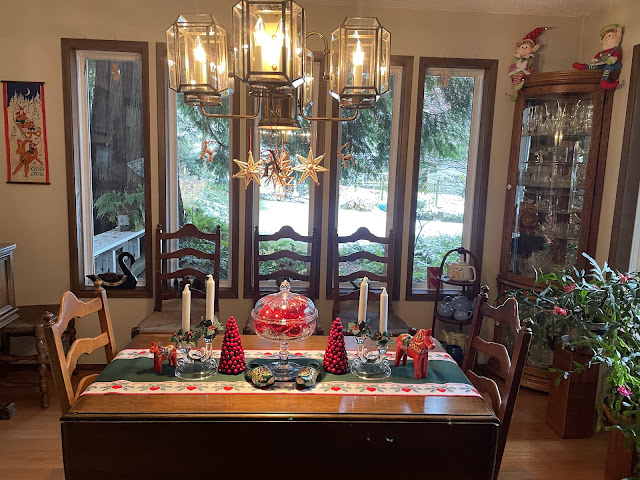