Cat Update: She's a He

I found out about our borrowed cat, Charlie. She is a he, and his name is Mewdini.

After my blog friend and gardening friend, Alison, wondered if Charlie might be a Norwegian Forest Cat, I looked up the breed and the description fit him so well,  I had to contact his owner and see what I could find out. Since I only had access to his city council email, that's how I reached him. Peter emailed me back with this story.

Hi Linda,
I'm emailing you from my personal email.  Thanks for your email about our cat.  Our cat is a neutered male with a microchip and we call him Mewdini because he's an escape artist and loves to climb.  He'll even follow me up the ladder on to the roof of the house when I'm cleaning the gutters.  My girlfriend owns a an Arabian mare (horse) who is boarded in a farm in Issaquah and Mewdini started out as a feral barn cat.  He followed her into the car one day and wouldn't leave so we re-homed him at our house.  I suppose "Charlie" is as good a name as any for him.  He doesn't come when called by name but he does come when you whistle.

(When Charlie first found me in my garden, he jumped up on my leg to be petted. He seemed almost like a dog, which is a characteristic of Norwegian Forest Cats. Now I learn he answers to a whistle.)

We haven't figured out what specific breed he is but I suppose we can find out with a DNA test, we just haven't considered it until now.

I built a special coyote/dog/raccoon proof cat house for him that has two levels with pexiglass windows on three sides so he can come and go as he pleases and he usually sleeps on the first floor keeping an eye on the yard.  There's an icebox with bedding and a cat hole cut into it on the second floor for extra warmth but he prefers the cold and
rarely uses it unless it's below freezing, He's been using it the past two days though.  I've attached a photo of the cat house. 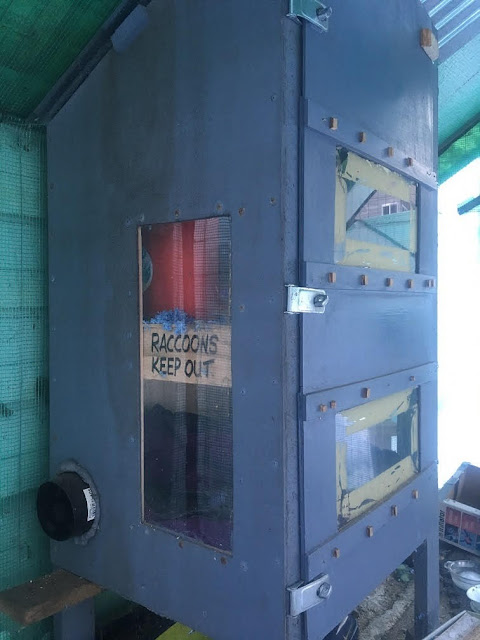 We also try to keep a reflective snap-off collar on him but he frequently loses them, I think we've gone through a dozen collars by now.

He gets meals twice a day, both wet and dry food, with snacks between when he's around so he's very well fed.  He always has water but it's been freezing the last two days so we've been refilling the water bowl more frequently with warmer water which he seems to enjoy.

He chases mice, birds, bugs, and even moles but he rarely catches them.  He also chases pine cones and sometimes acts as if he sees ghosts and chases unseen objects.  The neighborhood crows hate him and will announce his whereabouts with loud caws.

When he jumps on your leg he wants to be picked up.  He can do some tricks, if you hold your arm out and wiggle your hands he'll jump up and grab your arm (no claws) for fun.  If you bend over while gardening he'll jump on your back.  He often comes when you whistle, even from far away.

Thanks for being his friend.  :)
-Peter Kwon

Charlie, or Mewdini, has jumped on my back when I was out on my knees, gardening.  I'll have to try the other trick.

Peter also followed up to tell me that Charlie is a young cat, probably only two years old. I had already decided that, since he has just grown to full size. I'm very happy that Mewdini is well cared for.

I will continue to call him Charlie, but now he's a him and not a her.
Posted by Linda Reeder at 9:02 AM