Rockaway Beach on the Oregon Coast

While we did a little work during our stay at the cabin, we also took lots of time to play and walk and rest and read and enjoy the beauty of the seaside.

Friday it was cloudy when we arrived, but Saturday morning dawned crystal clear. 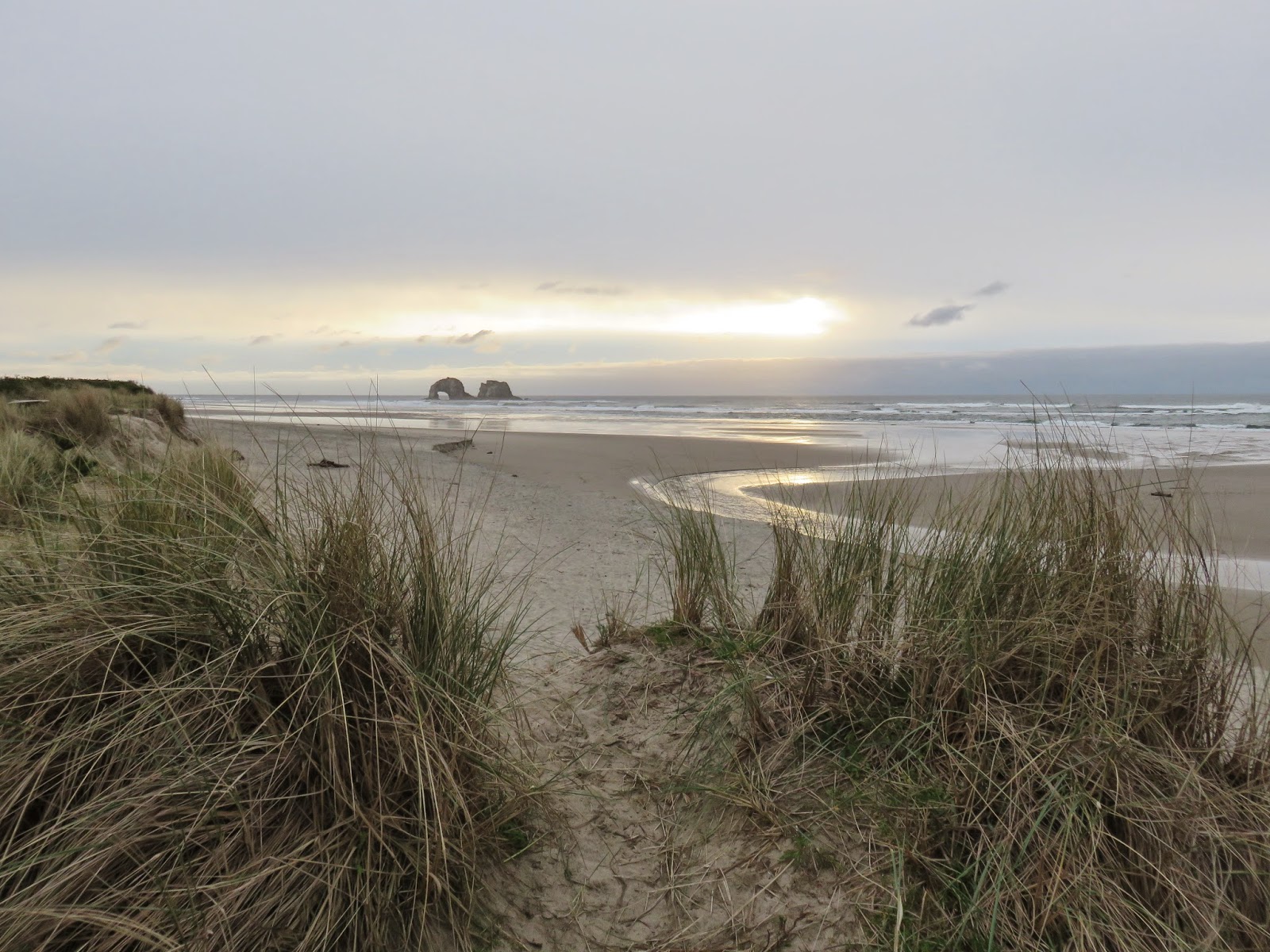 I decided to walk to the Tillamook Bay jetty. 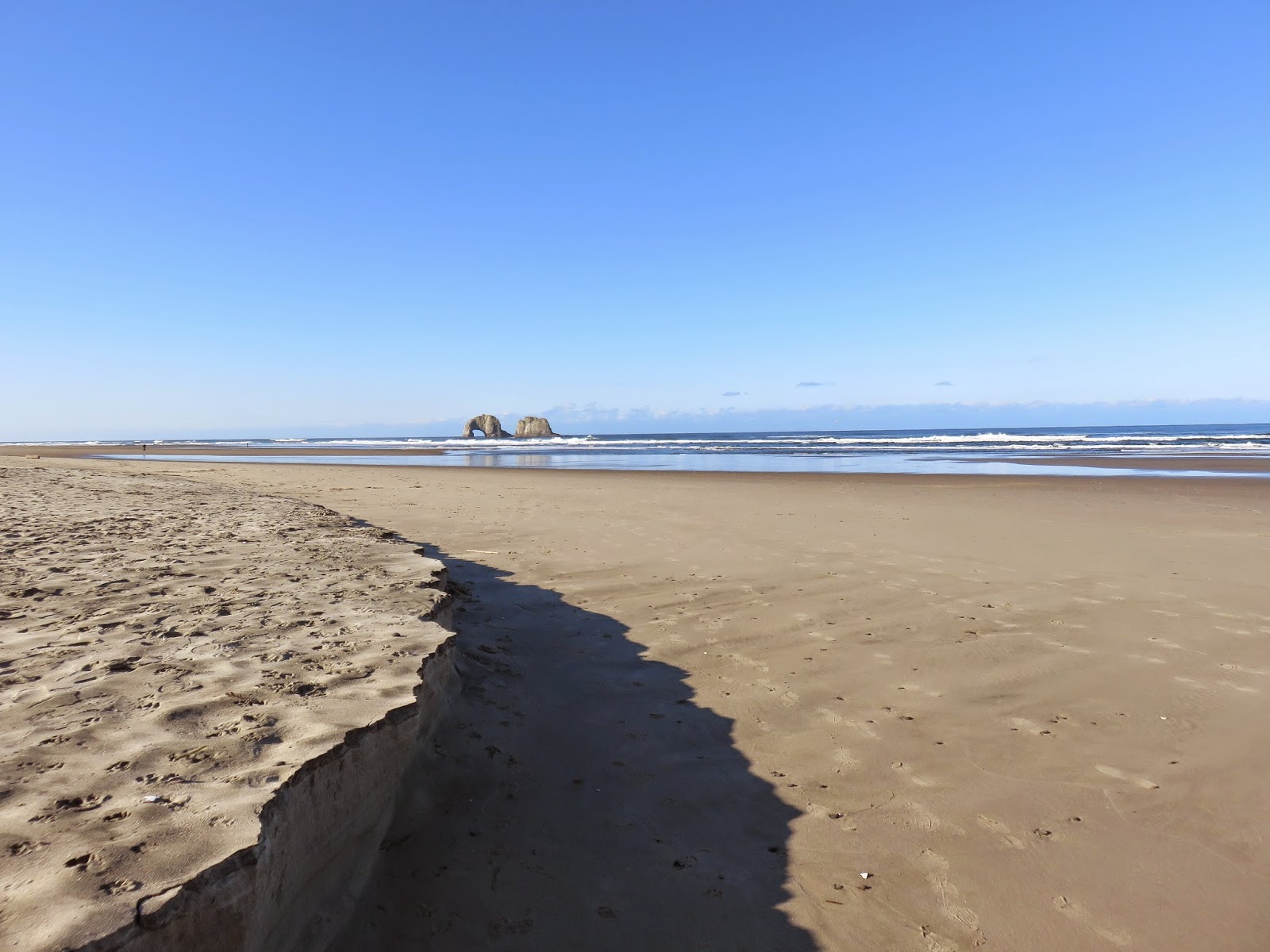 Twin Rocks from Rockaway Beach, where I started, 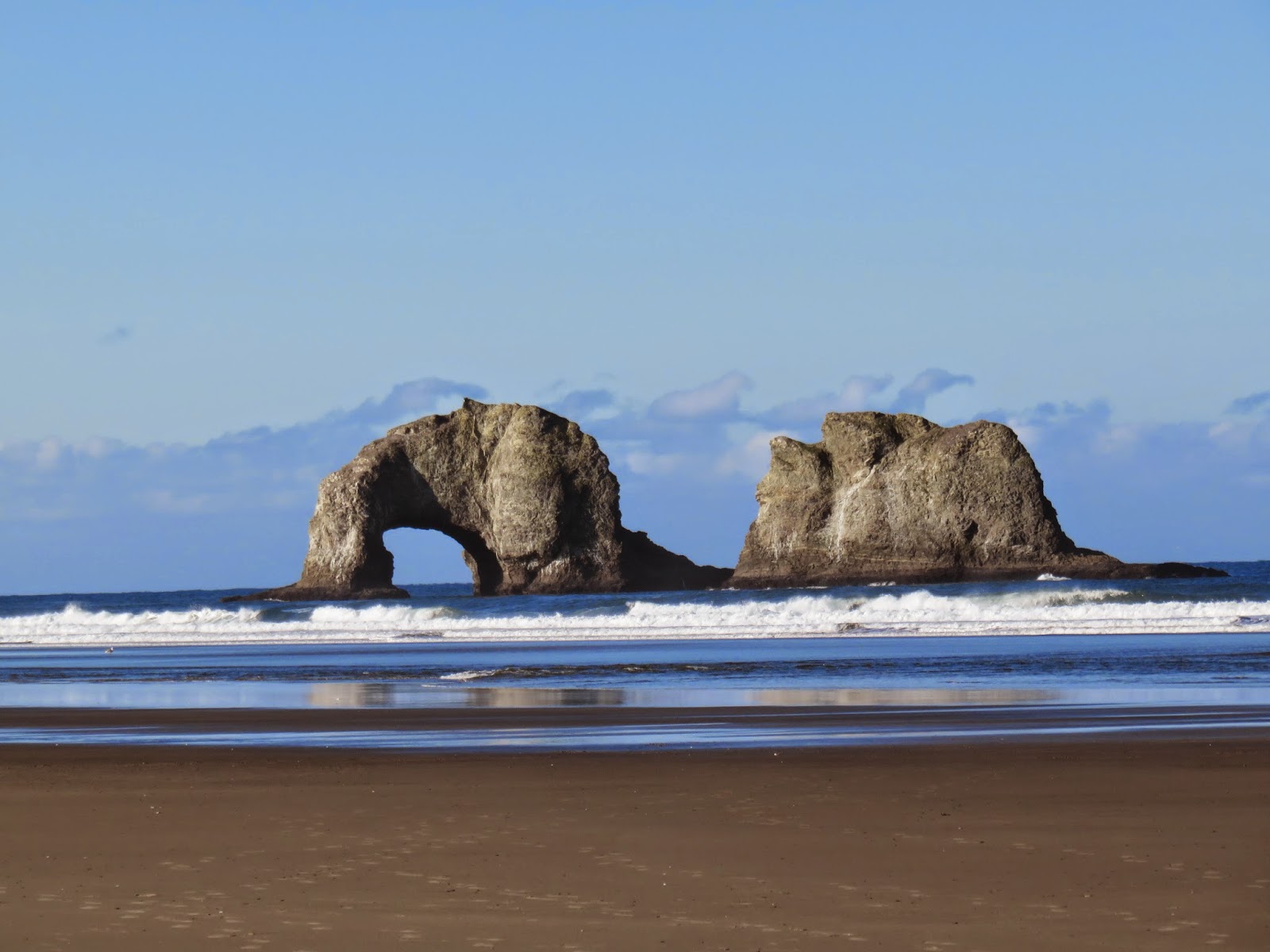 and the same rocks farther south at Twin Rocks beach, where they look more like twins, 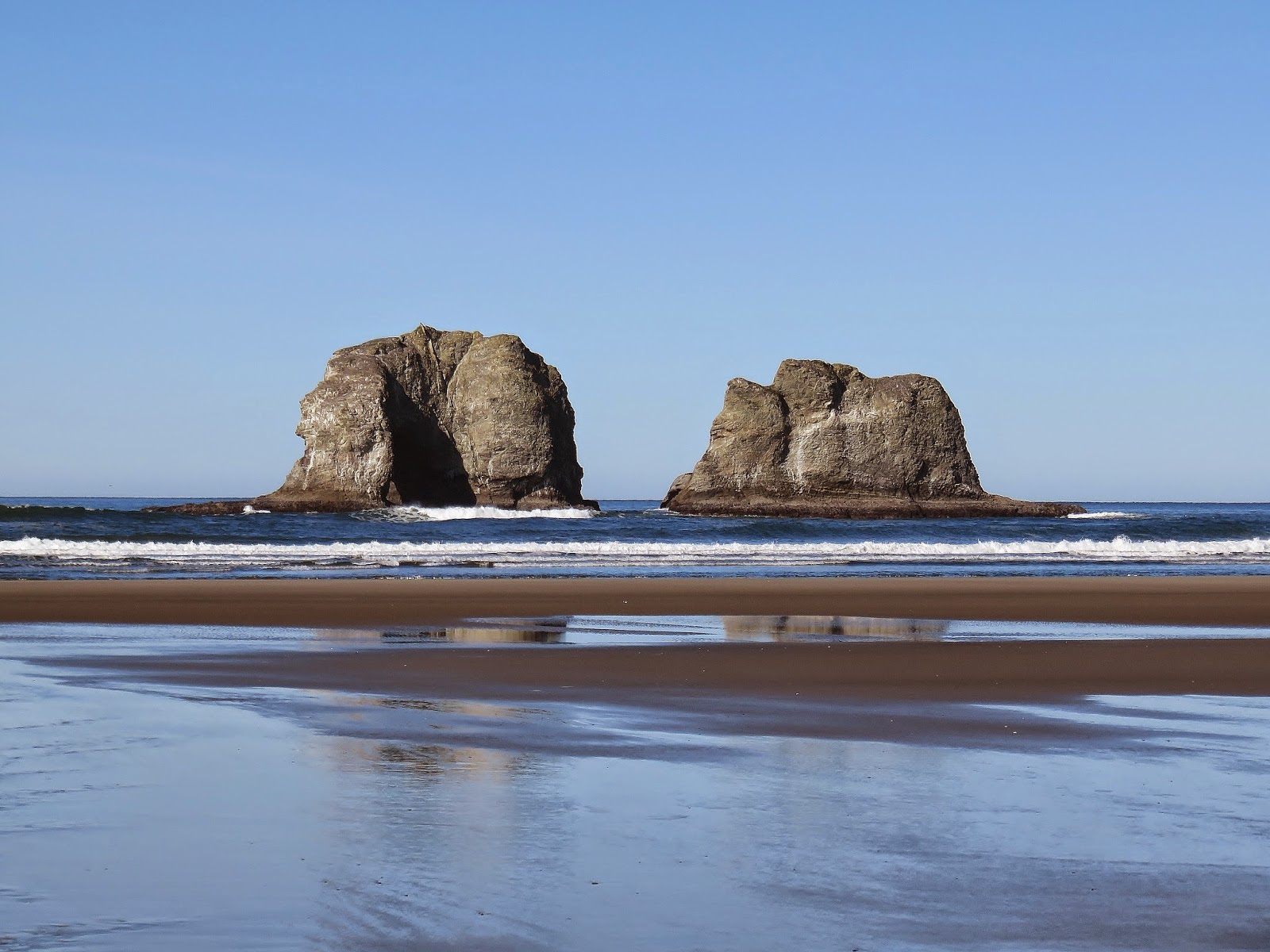 and still further south, where they look completely different. 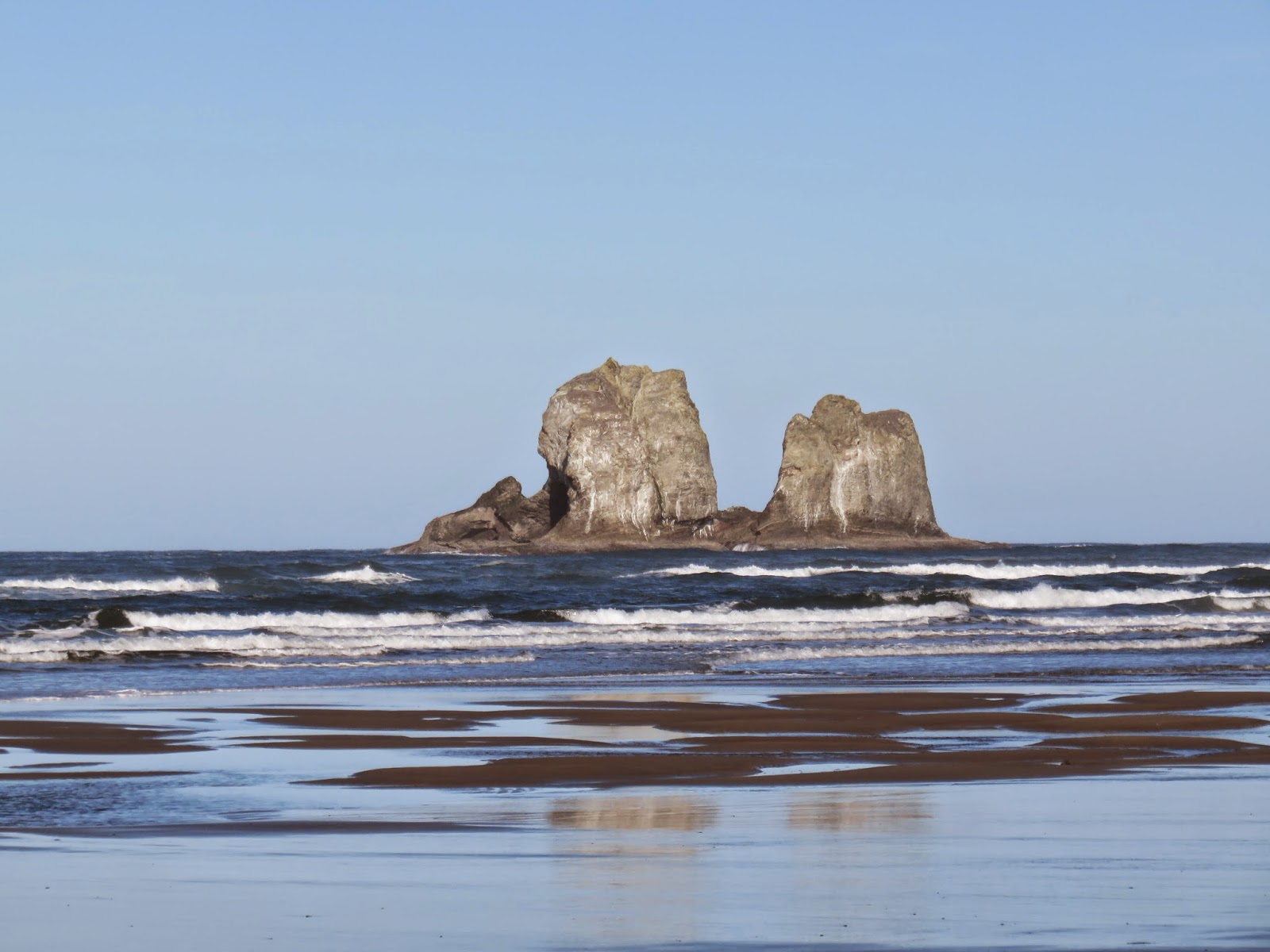 Walking on an almost deserted beach at low tide -this is where I came from, 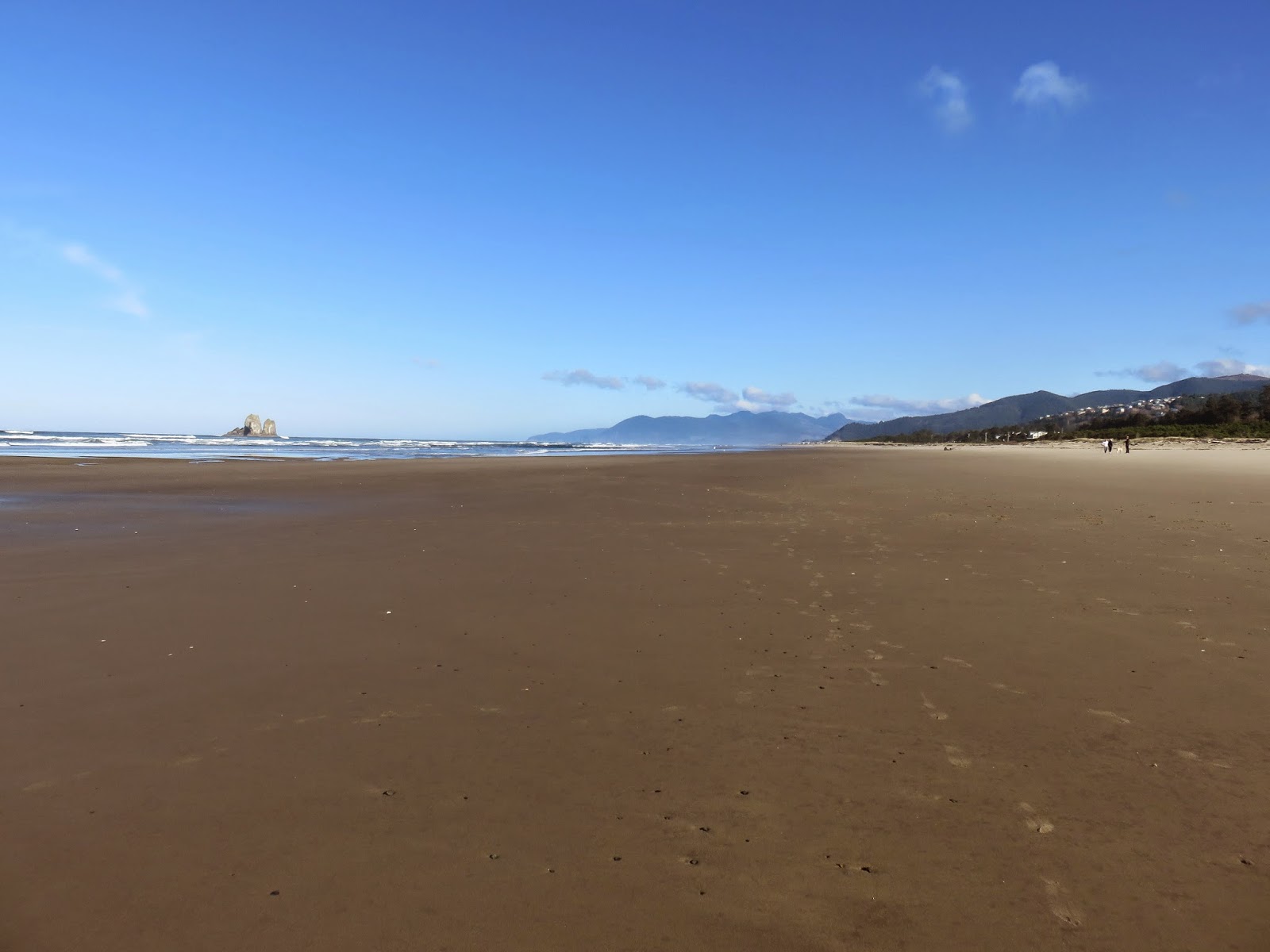 and this is where I'm headed. 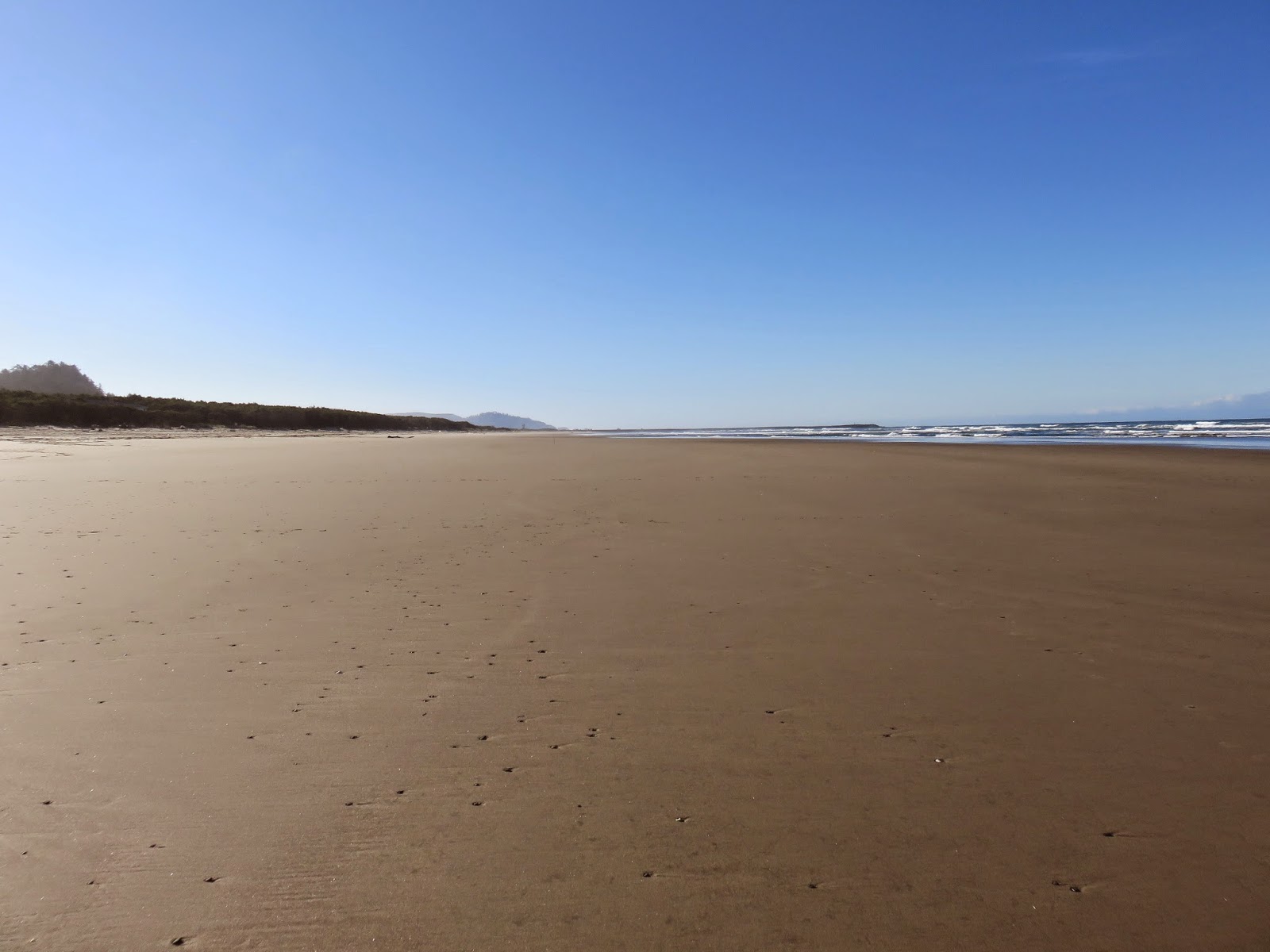 The jetty looks so close but it's still 15 or 20 minutes of walking away. 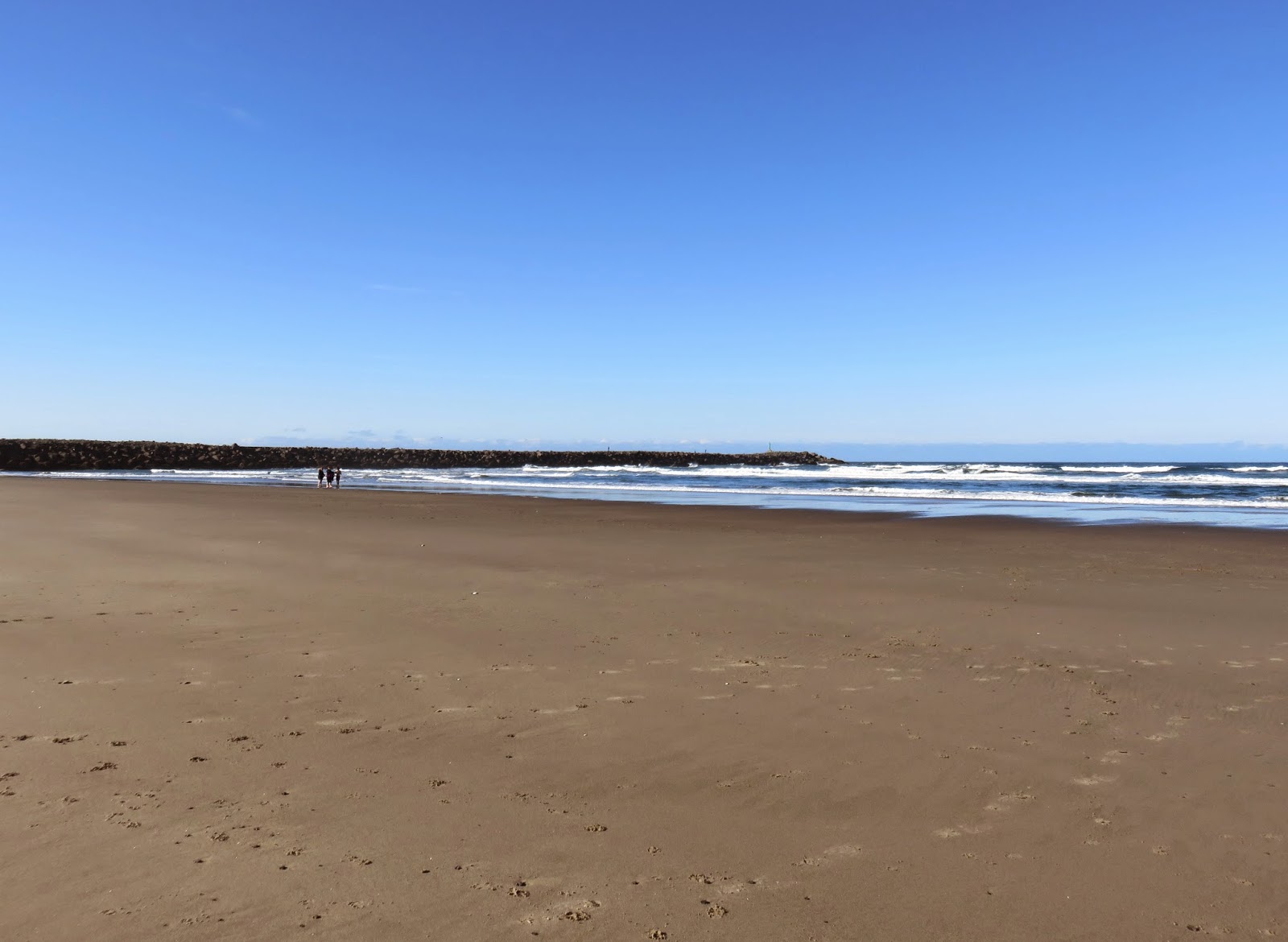 Tom drove down the highway and then met me on the beach. 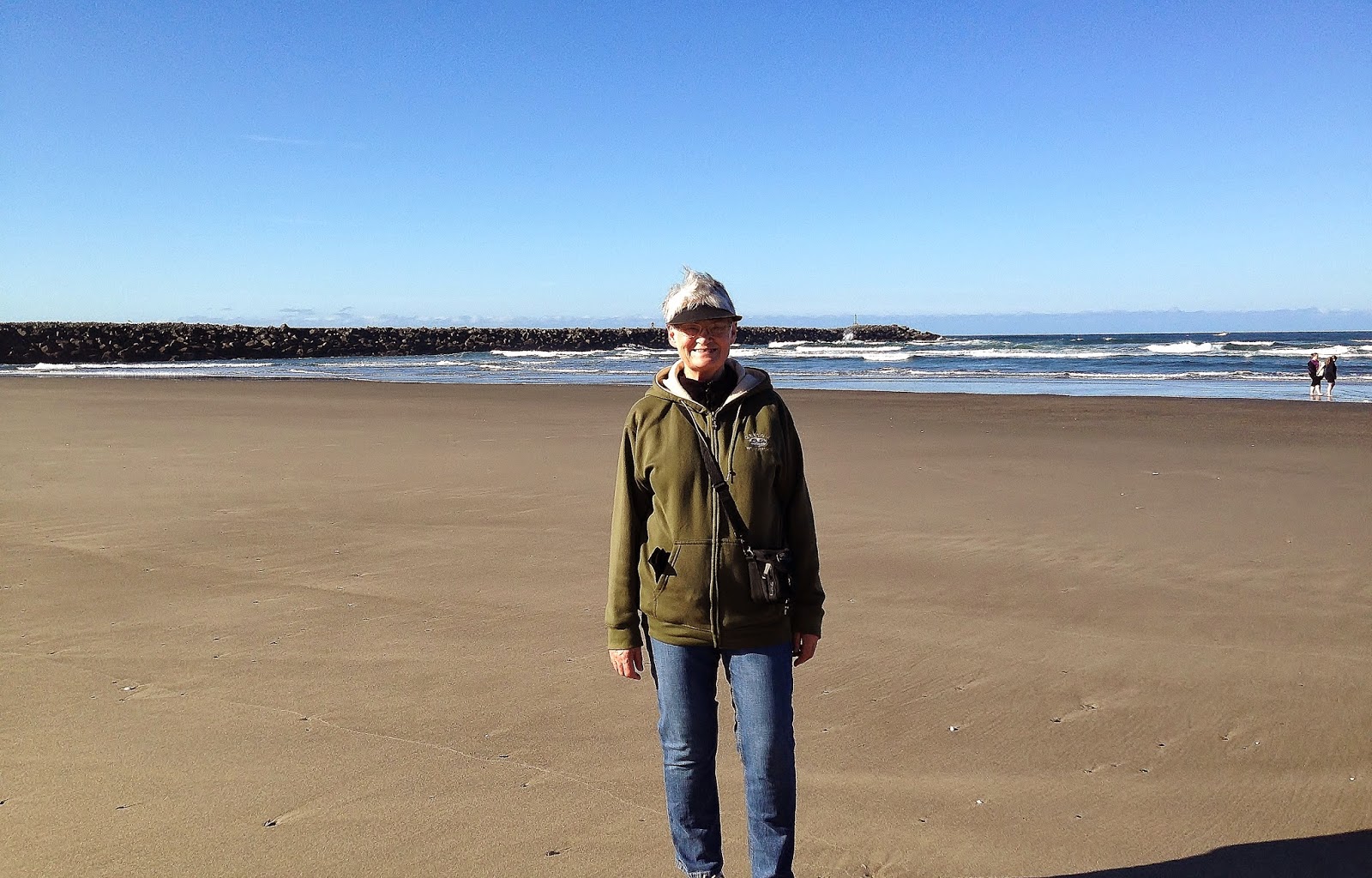 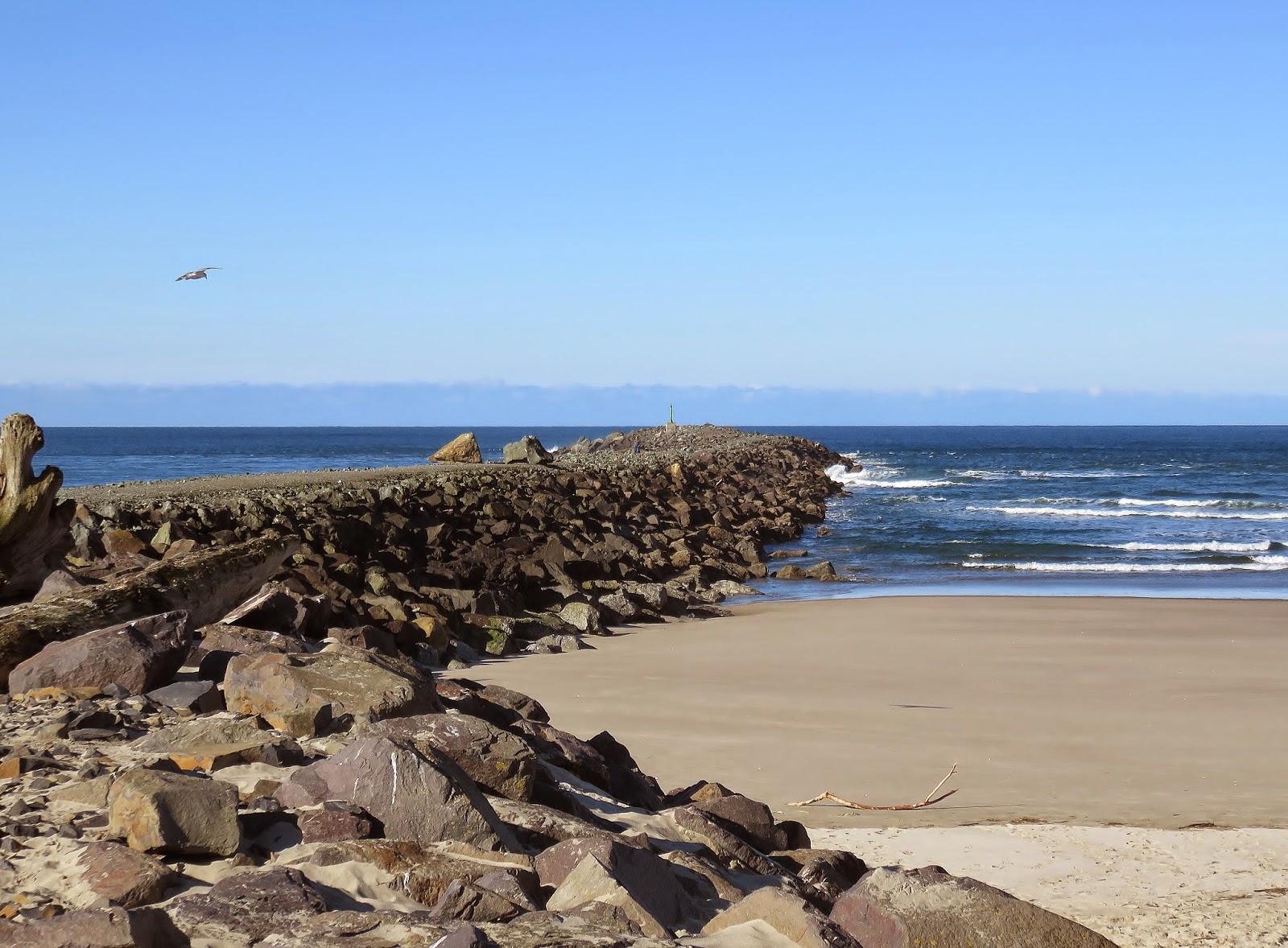 Tom walked out to the end of the jetty.  Here's his view looking back to shore. Unfortunately, he got a little too bold, got out to where waves crashed on the rocks and slipped and fell and twisted his ankle.  He has been gimpy ever since.  Fortunately I did not have to send the Coast Guard out to rescue him.  He made it back under his own steam. Kinda' scary, though. 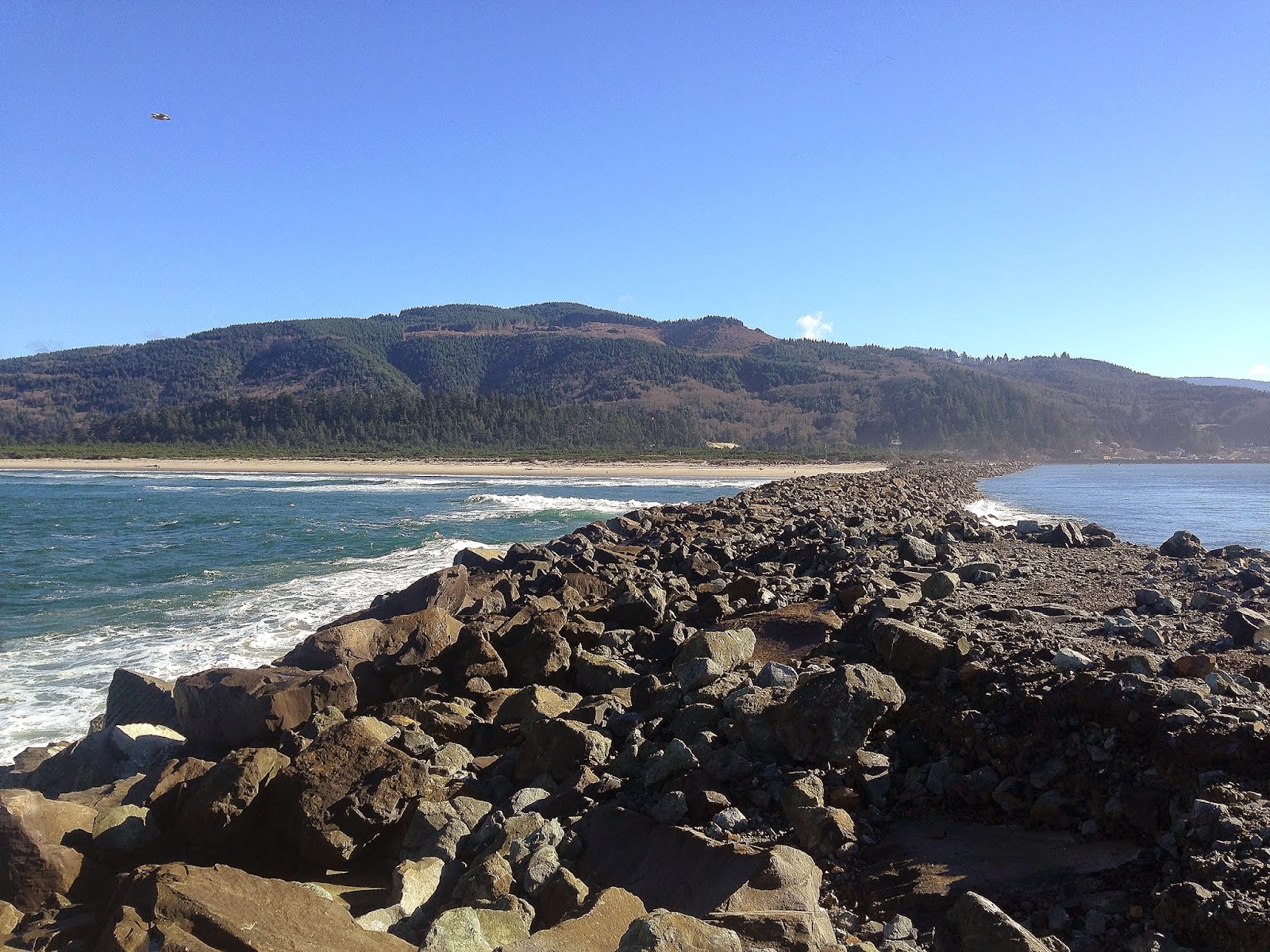 I stayed much closer to shore and enjoyed the view. 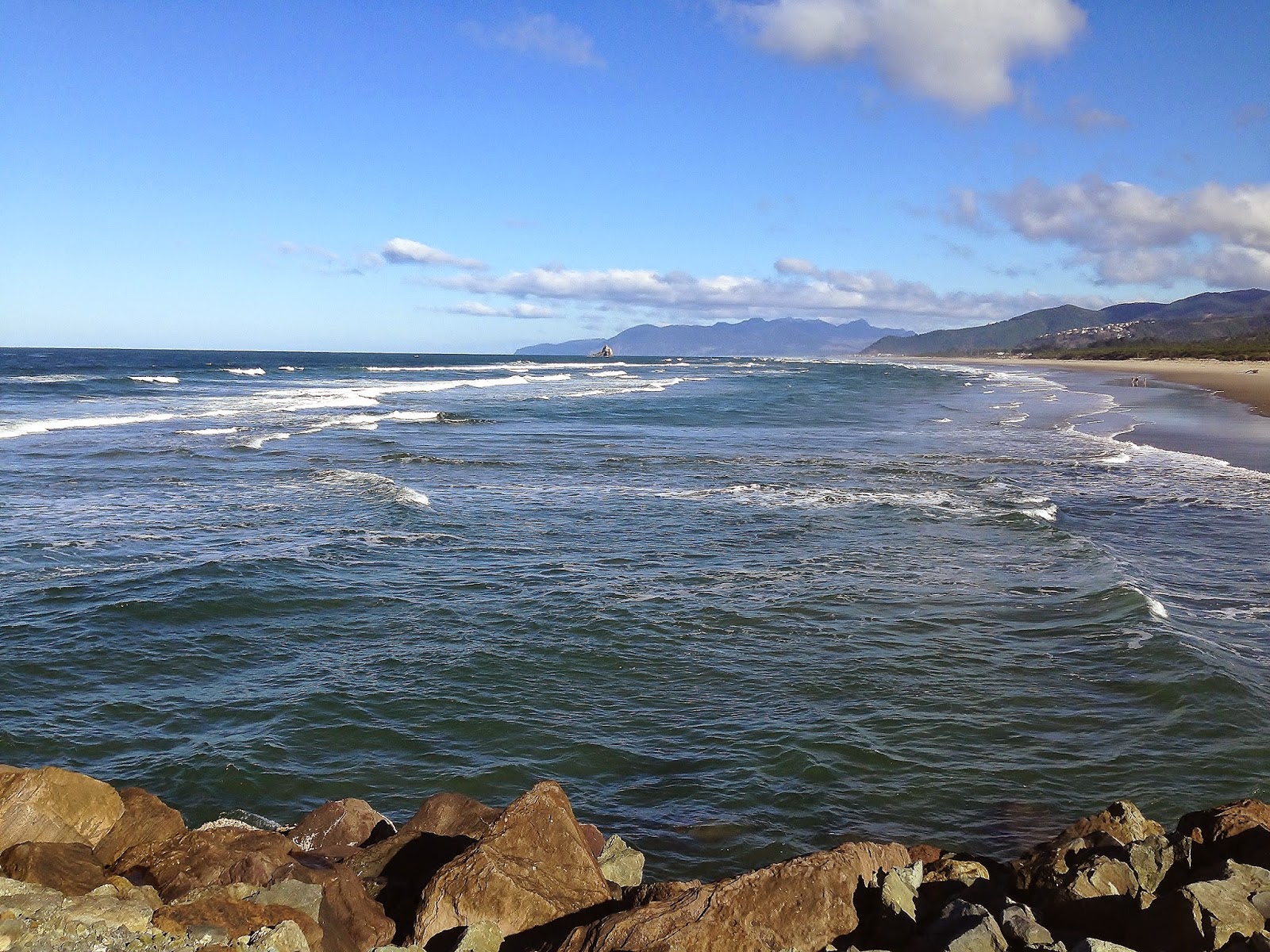 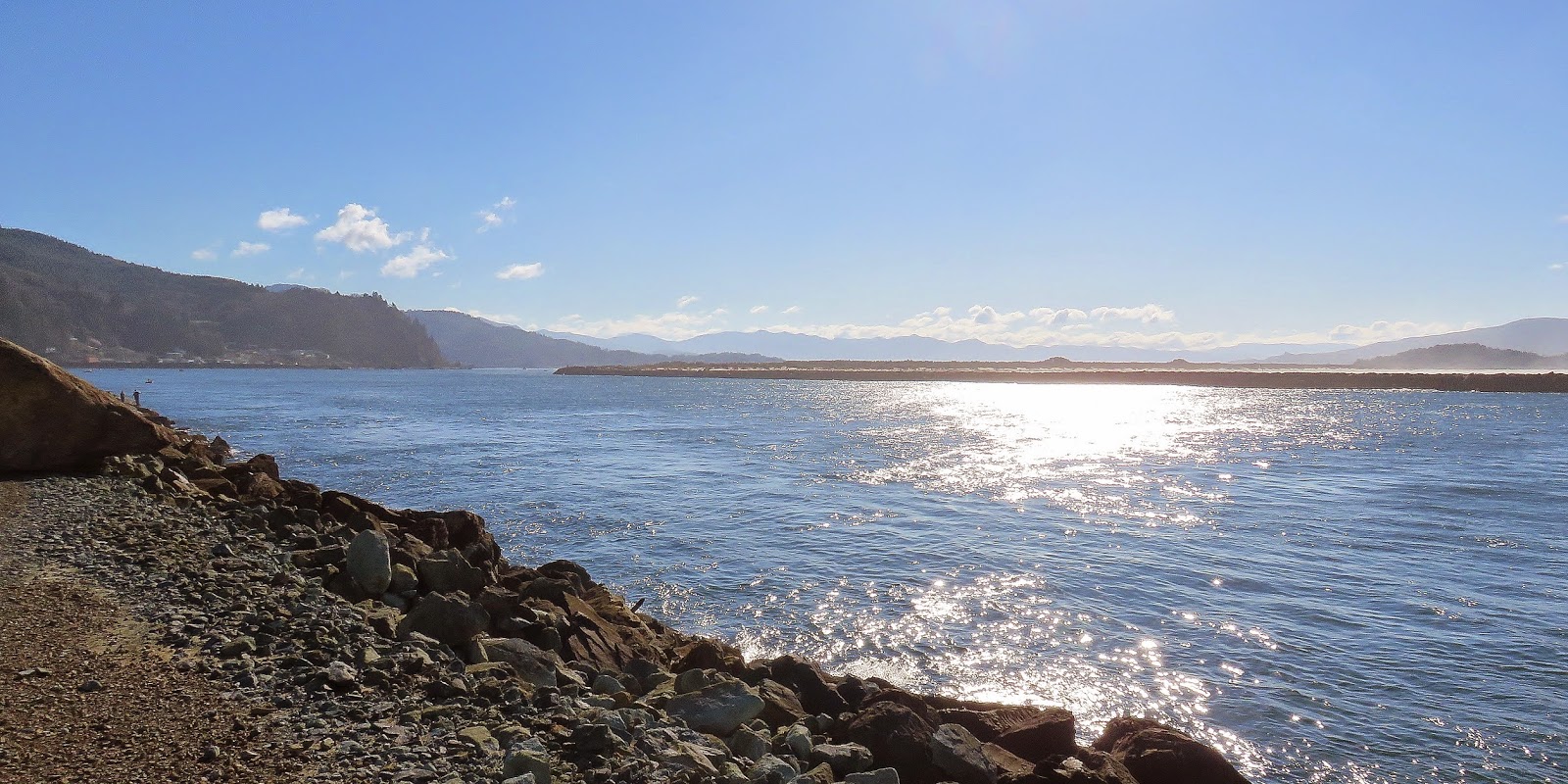 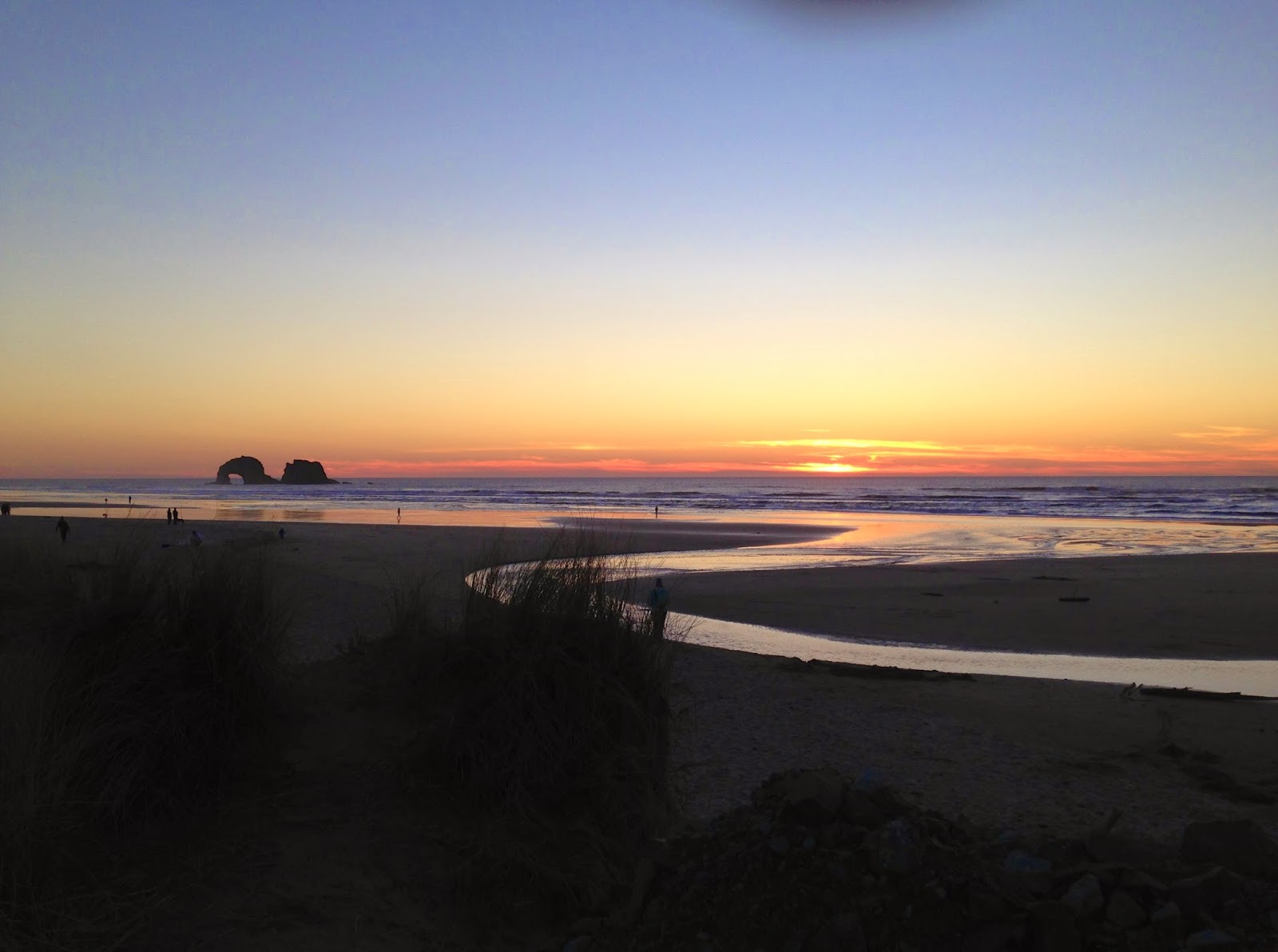 As we left to go out to dinner Saturday night I had to have Tom stop the car when I saw this.↓  A sliver of moon and Venus hanging in the sky in the last glow of the sunset. 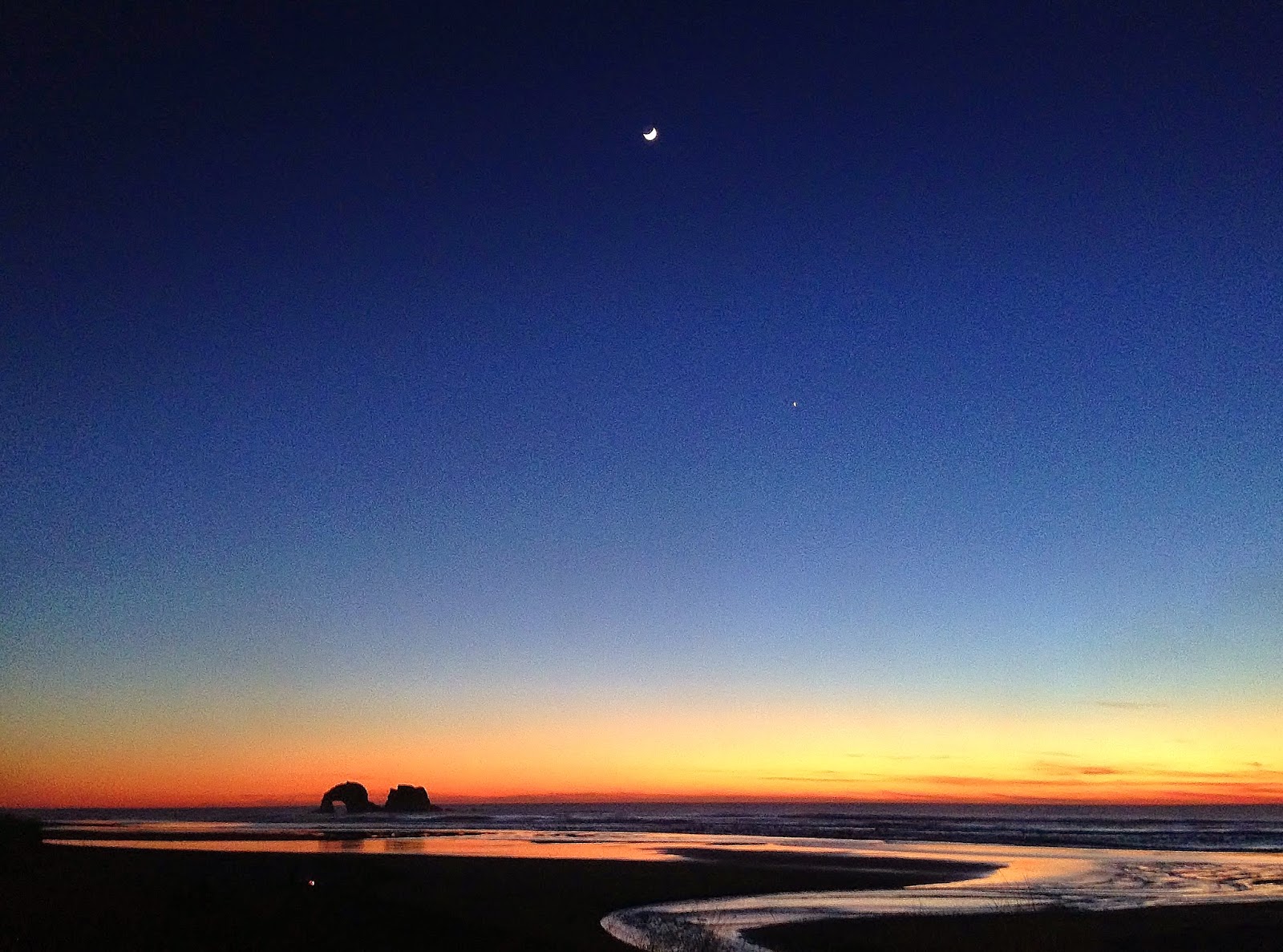 Sunday was another beautiful morning. 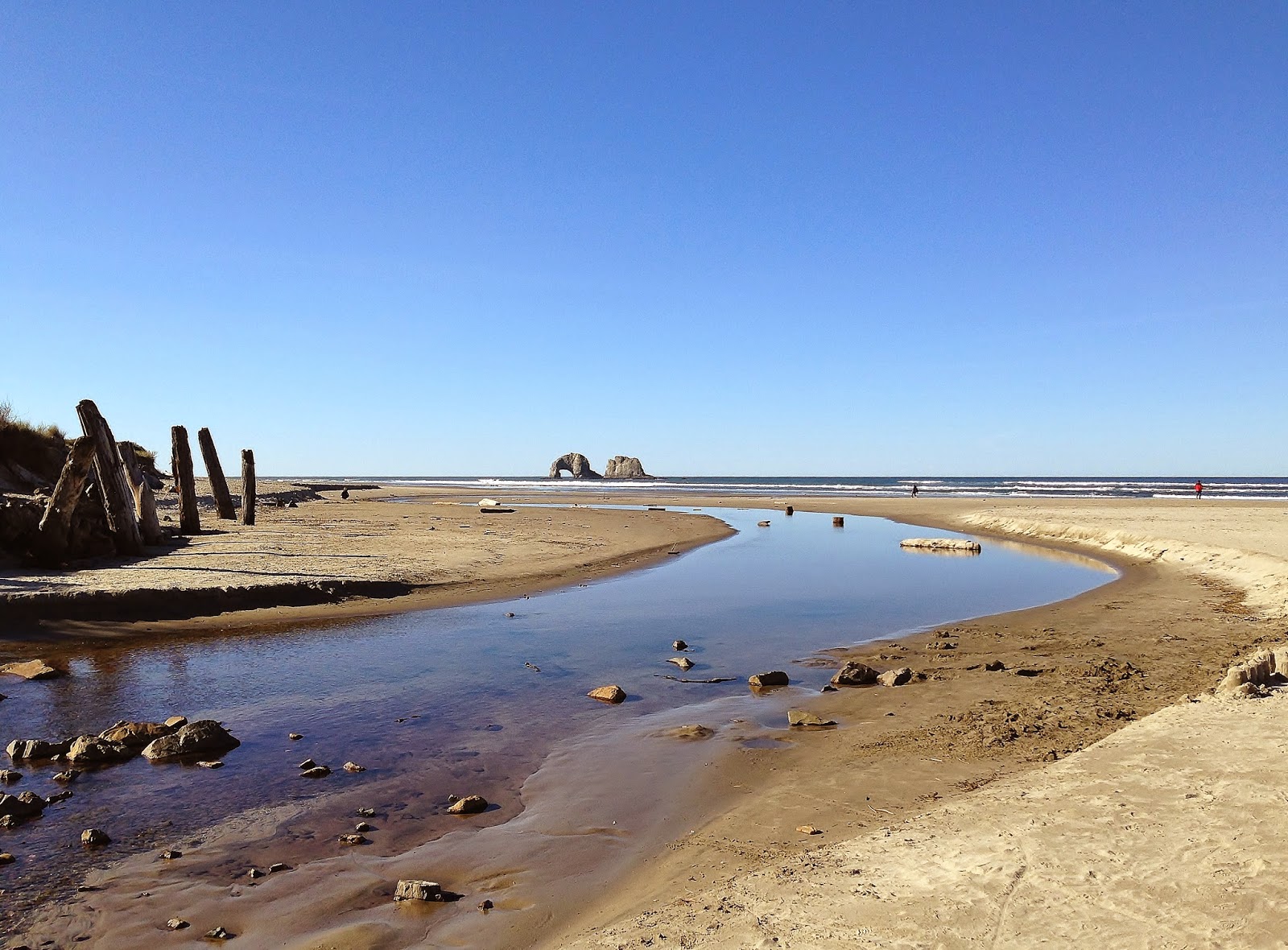 I crossed over the railroad bridge over Salt Aire Creek, next to the cabin, and walked north this time. 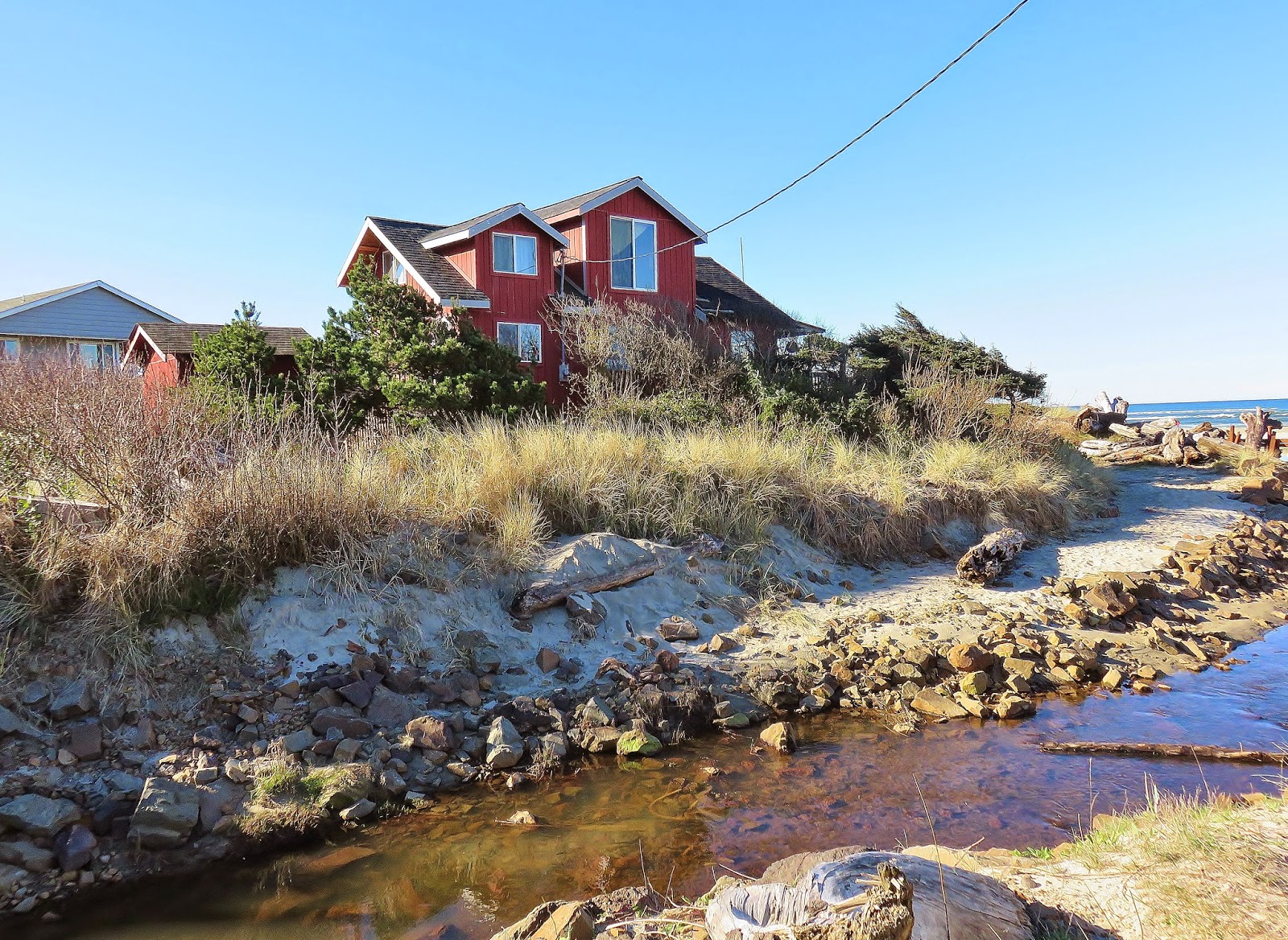 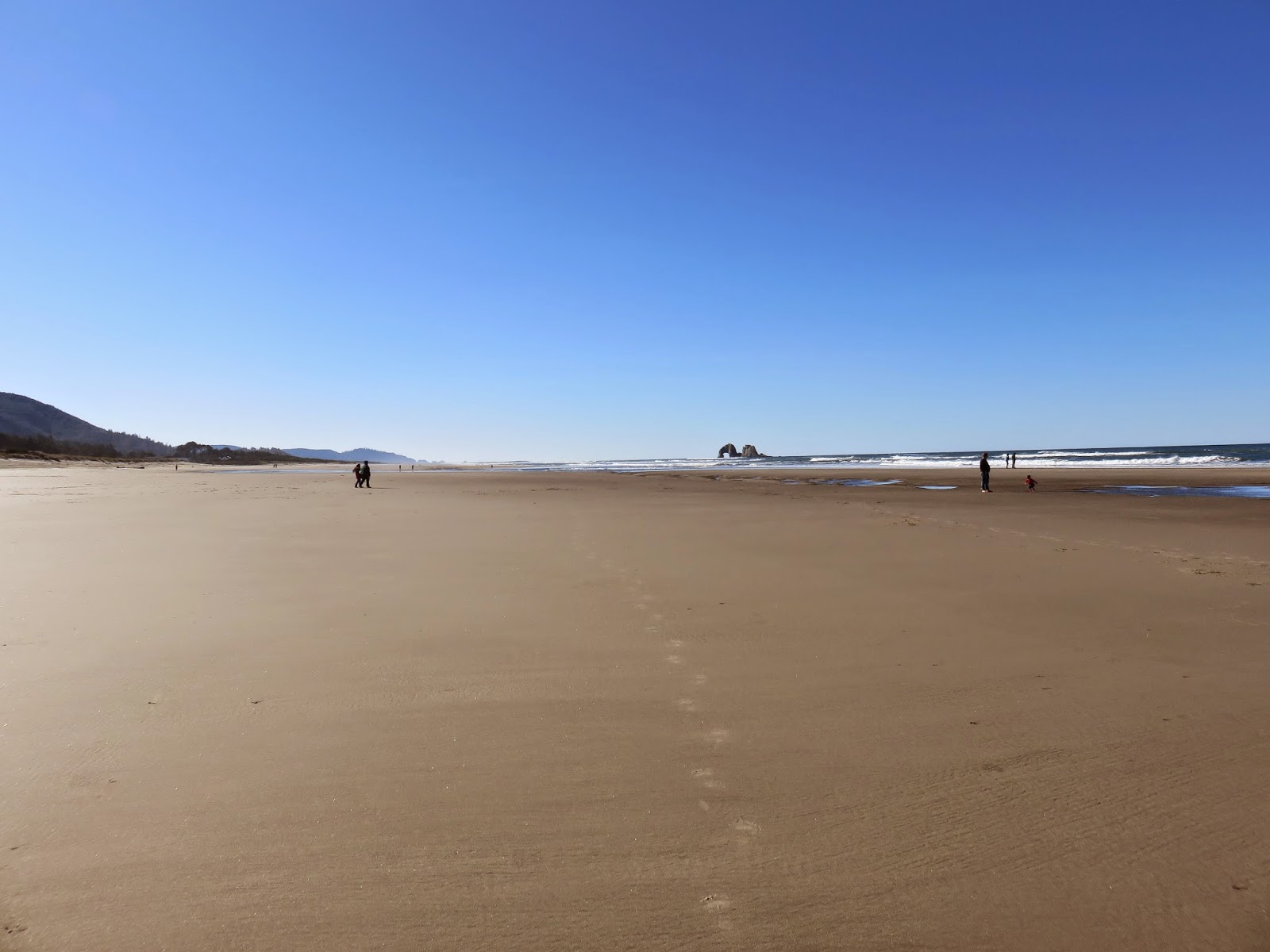 In the afternoon we both walked into the town of Rockaway, checked out antique shops, and had ice cream in the sunshine. 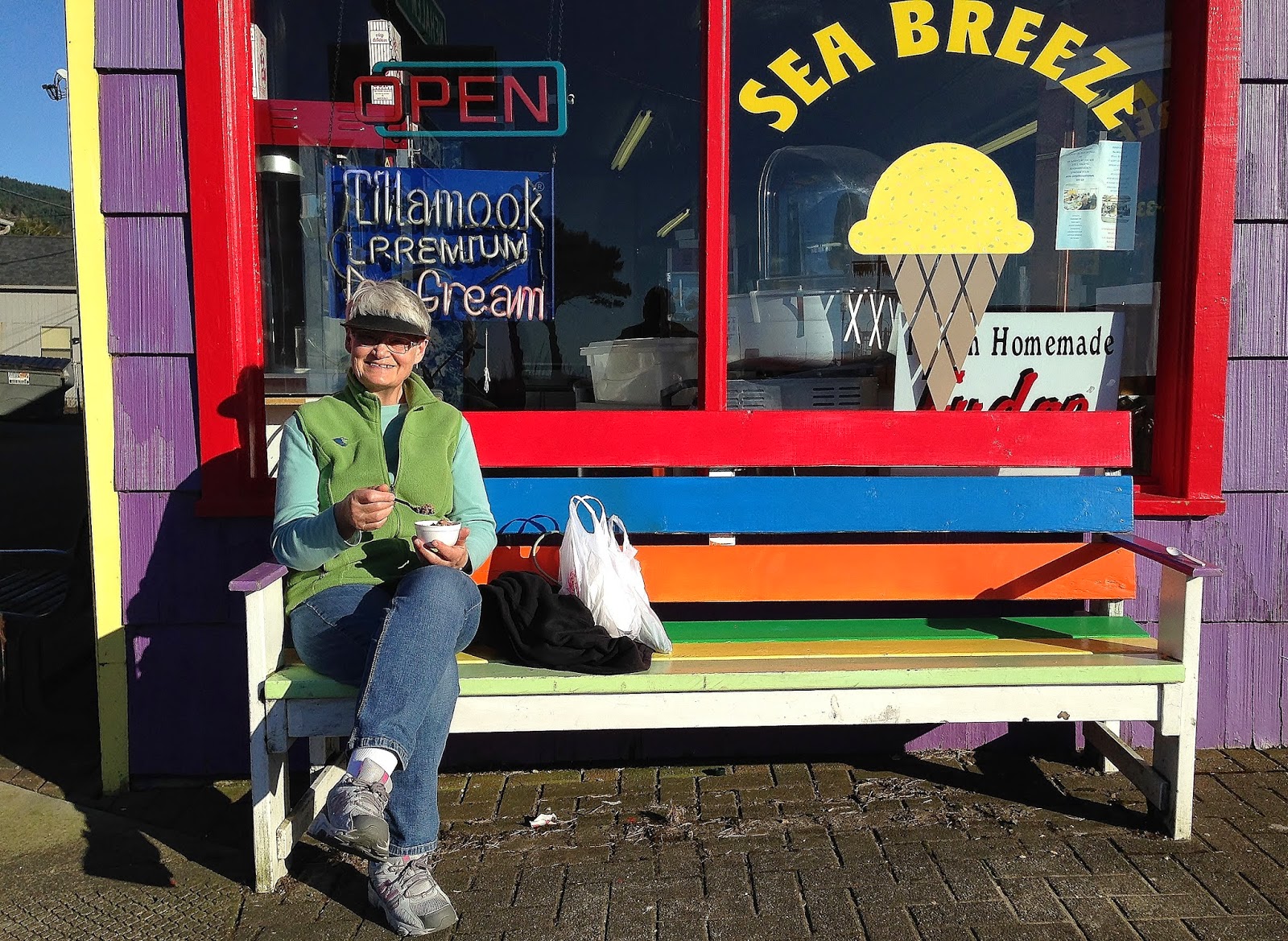 I interrupted my watching the Academy Awards to catch another sunset. 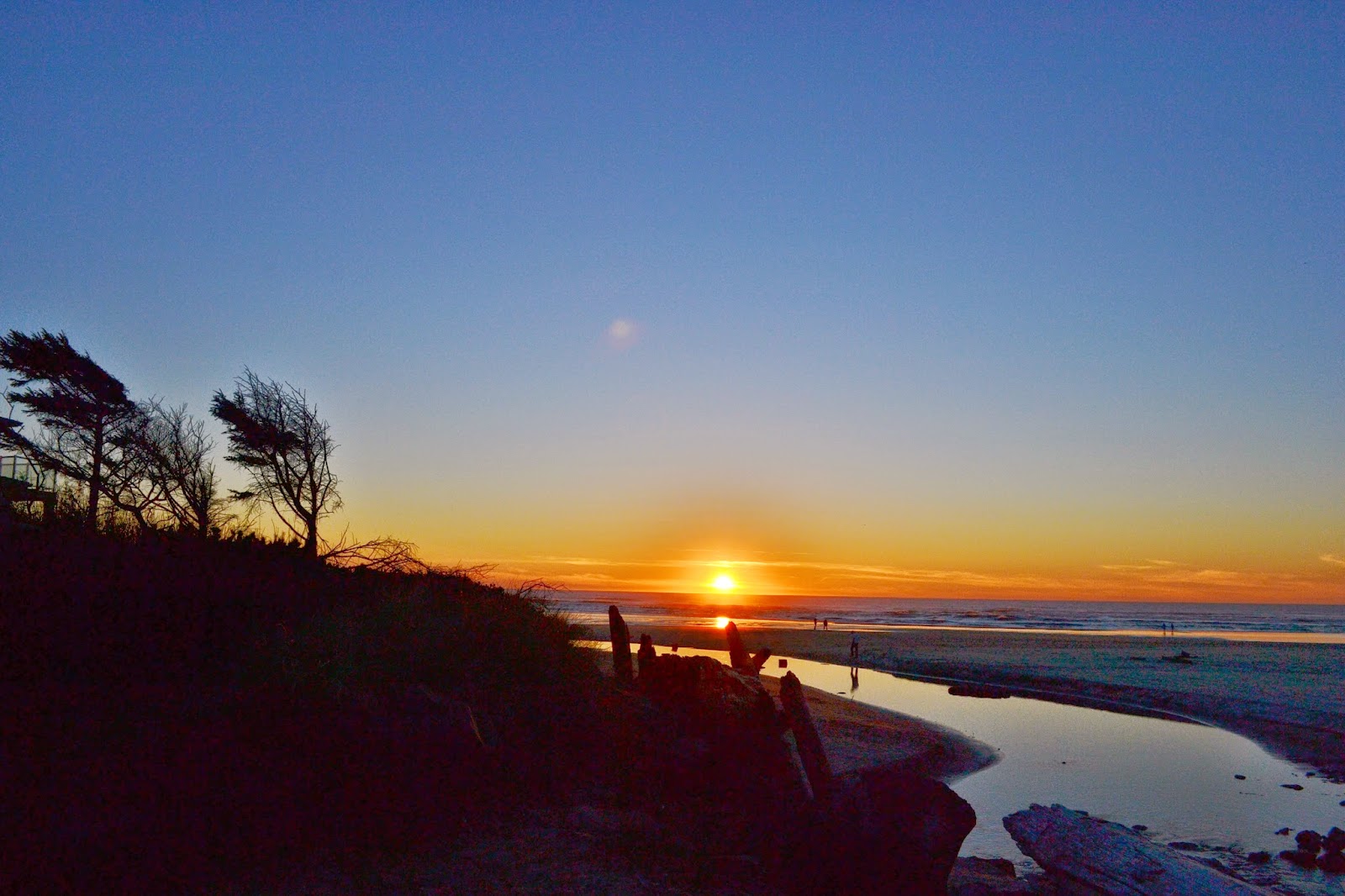 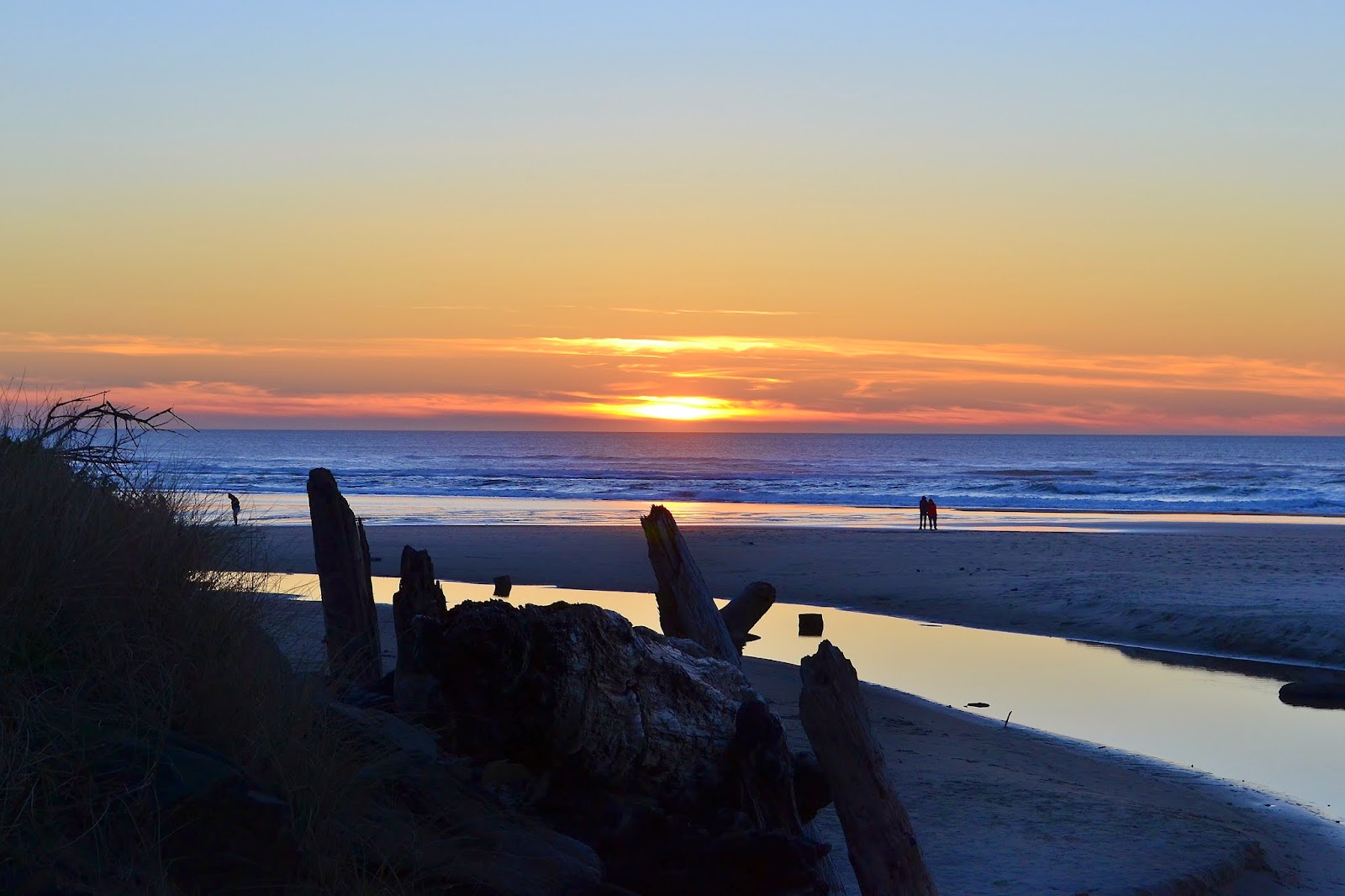 We did a bit of work too.  We replanted the Rhododendron that had been moved out of the way for construction.  It looks sad, but we hope it will make it.  It's a memorial plant for a lost son of my sister Ilene. 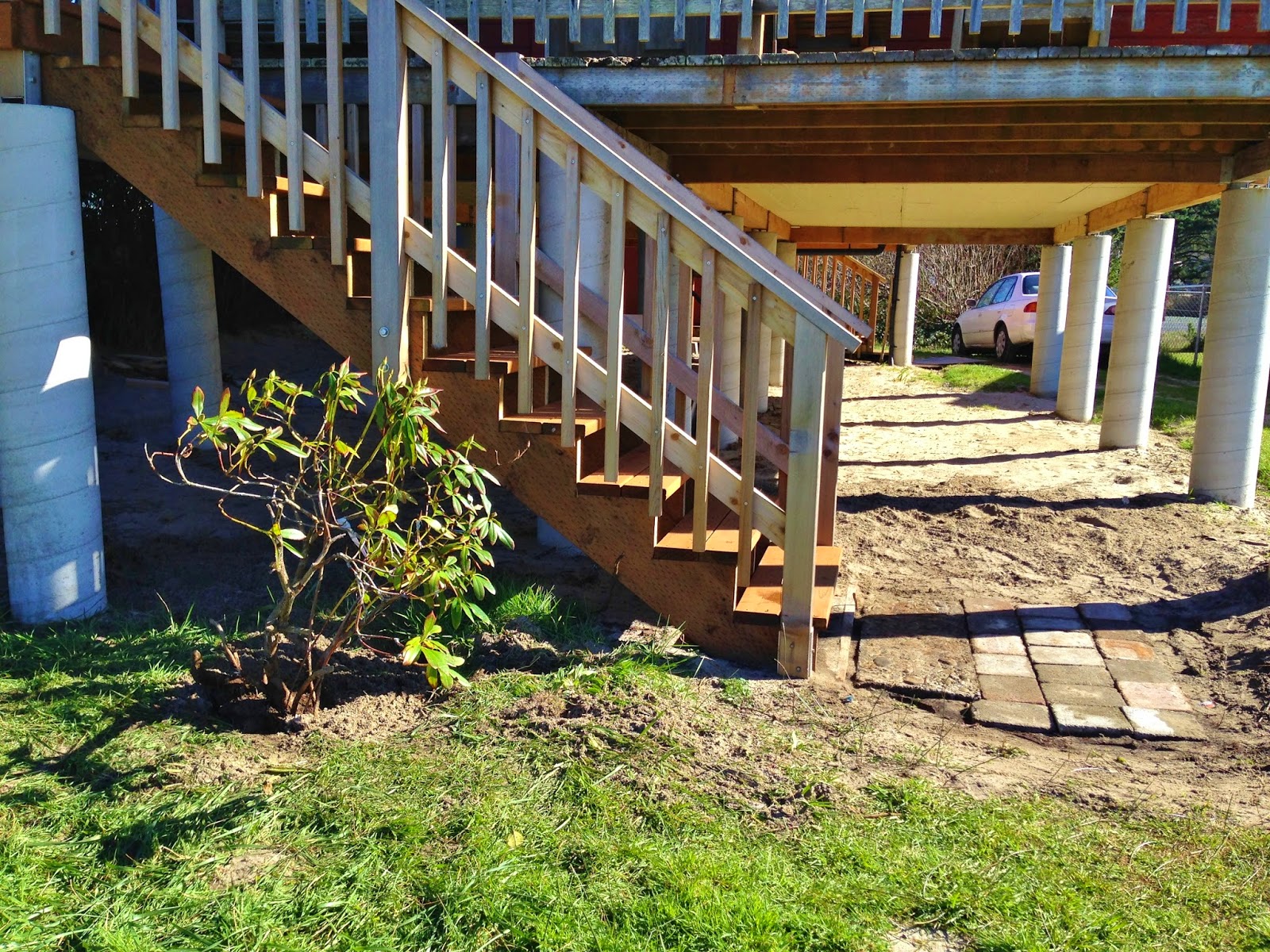 We also salvaged a concrete pad that another child had helped her grandpa make that was located at the base of the old steps, and dug out stepping stones that our son had set that had been lost in the turf. They now make a firm base at the bottom of the new steps. 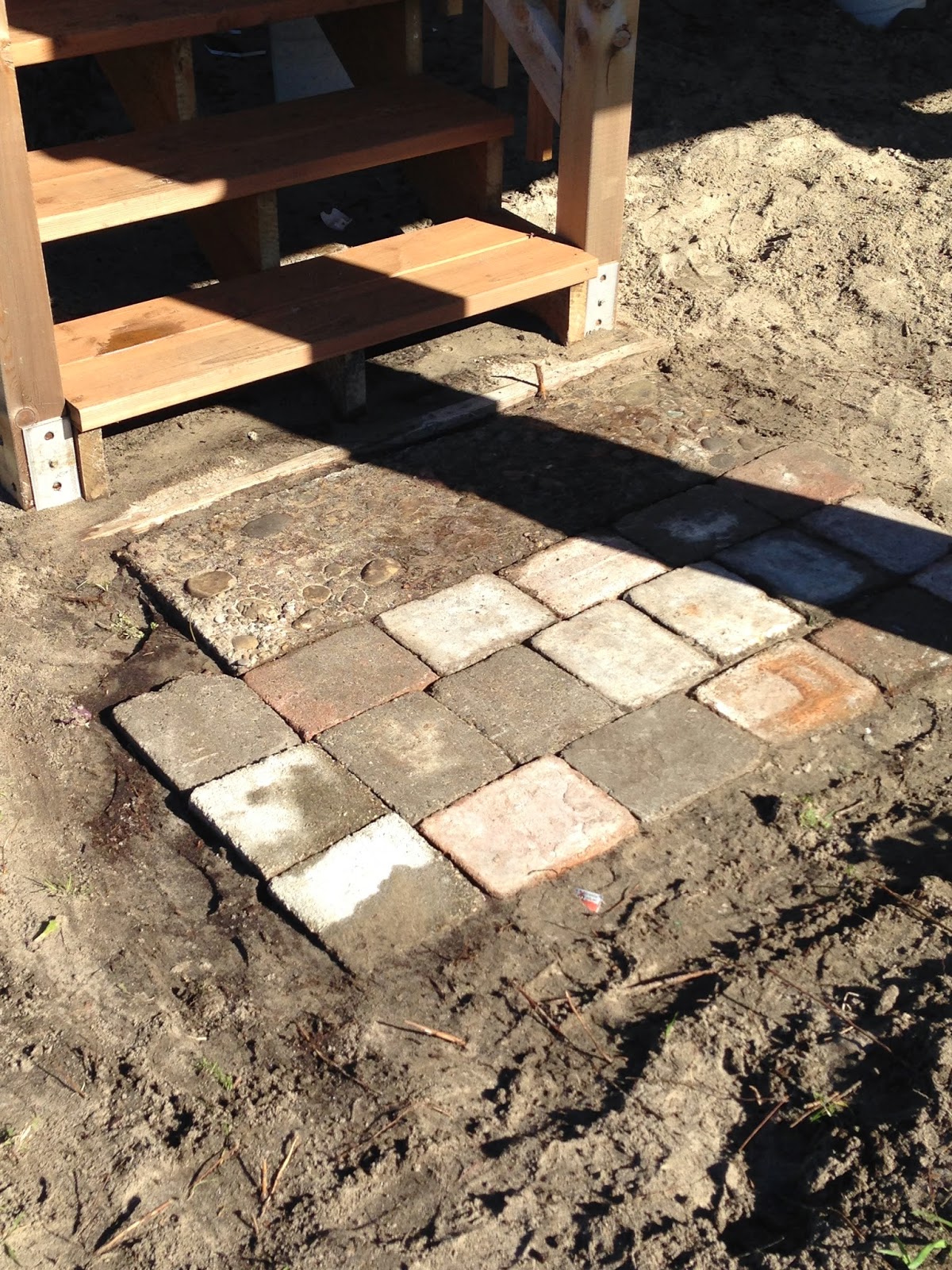 We stopped at the Blue Heron to buy Marion Berry syrup per Isaac's request and picked up some locally made brie cheese. 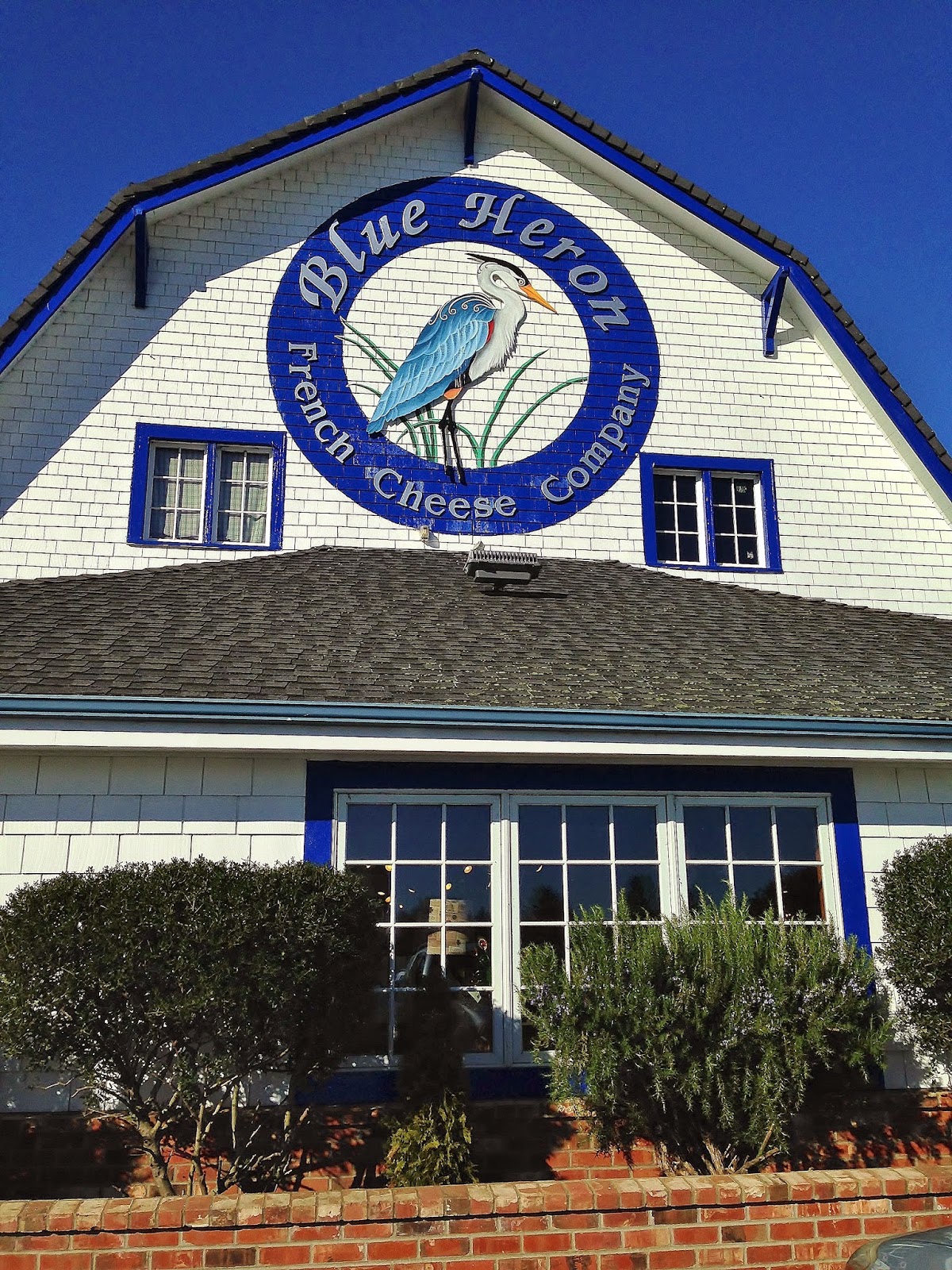 We stopped at the Tillamook Cheese Factory where there was no cheese making going on, but there was ice cream! 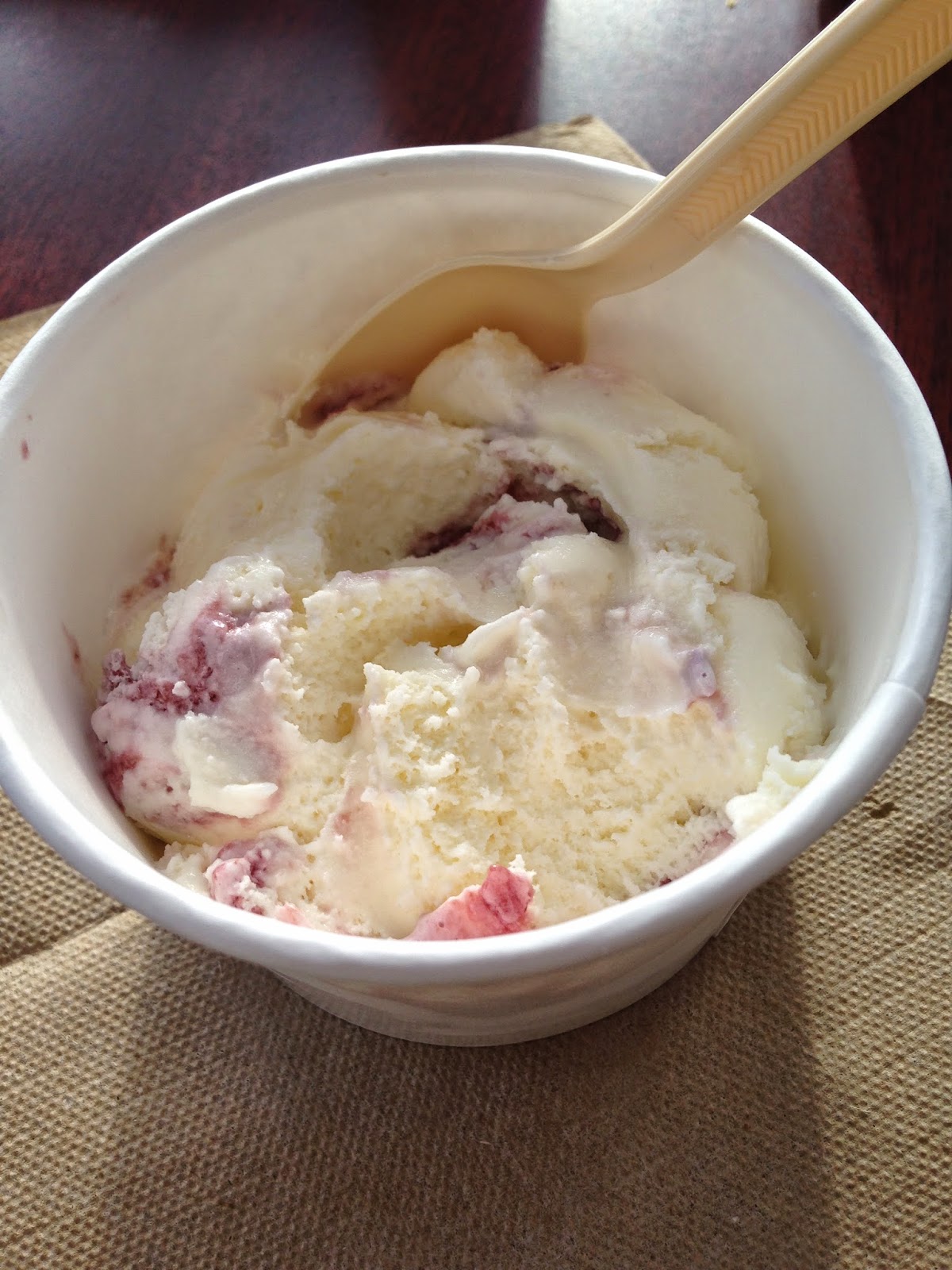 And we enjoyed the sunshine until it was time to return home to Seattle. 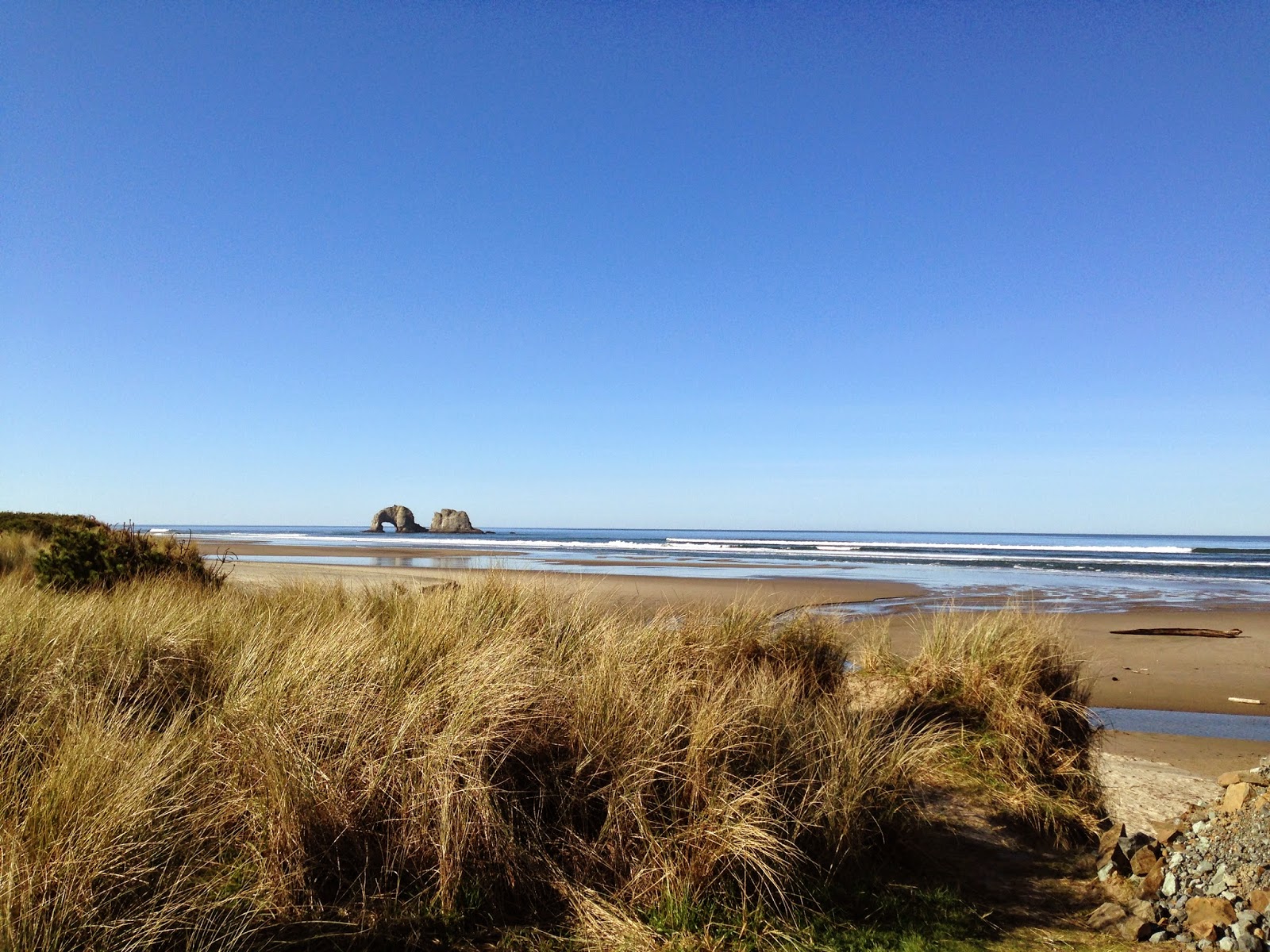