It's 82 at noon, heading for 89. I'm inside, having finished the dusting and sorting and halfway through the laundry. I think that will be my exercise today.

Yesterday, Sunday, we got up and got going for a walk in the park while it was still cool enough. I haven't done that for quite a while, and I was pleased with myself to complete 1.06 miles. 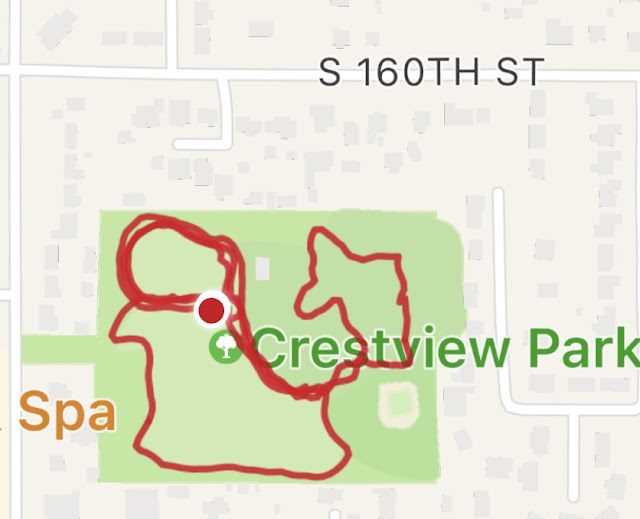 I hope to get back out there tomorrow morning.

Then after a shower I put on my Hydroplane shirt, a once a year thing, and sat at the computer to read blogs and respond. At 10:30 I connected with live streaming of the events of SeaFair. I watched the first heat of the hydroplane races and some of the air show. 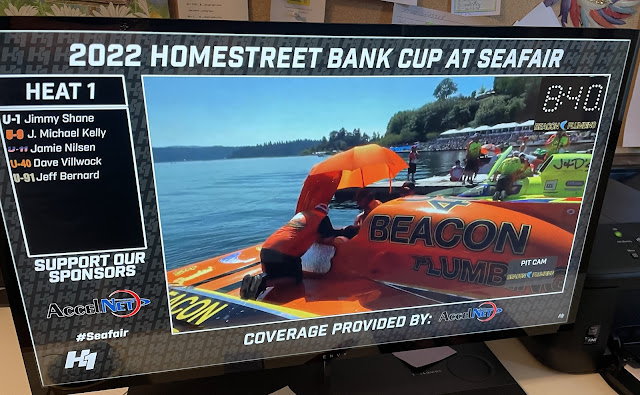 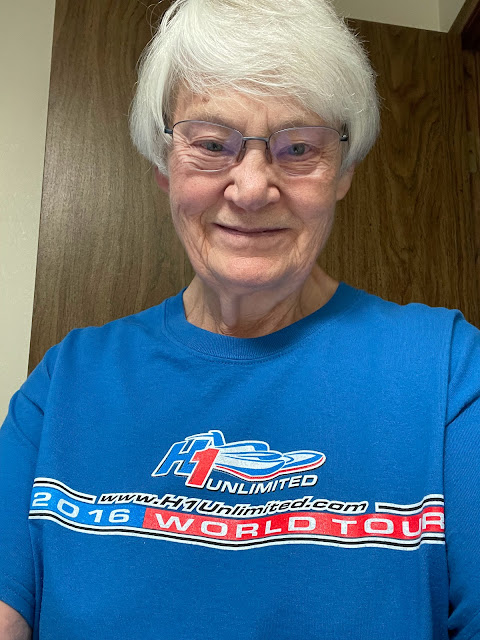 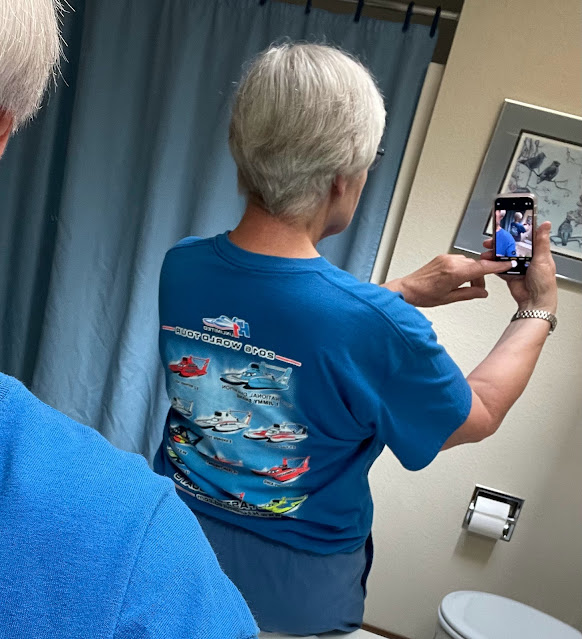 Just because I can't be there anymore doesn't mean I lost interest. Besides, Jake, Jill, and Irene were there on the shore of Lake Washington and some texting went back and forth. 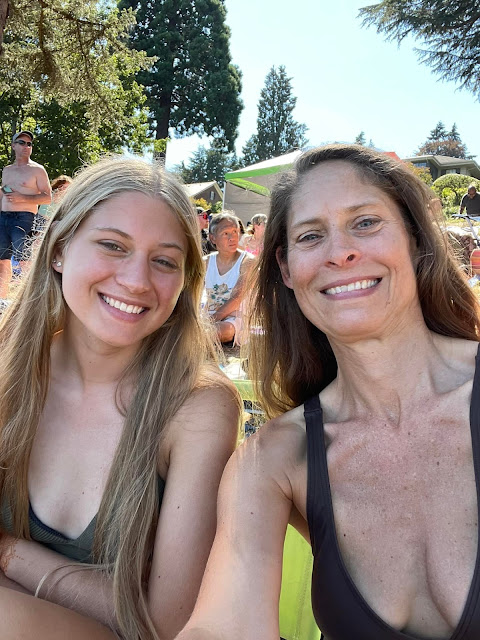 It was hot there too but they had shade and floaties for enjoying the lake water. That's Jake below. 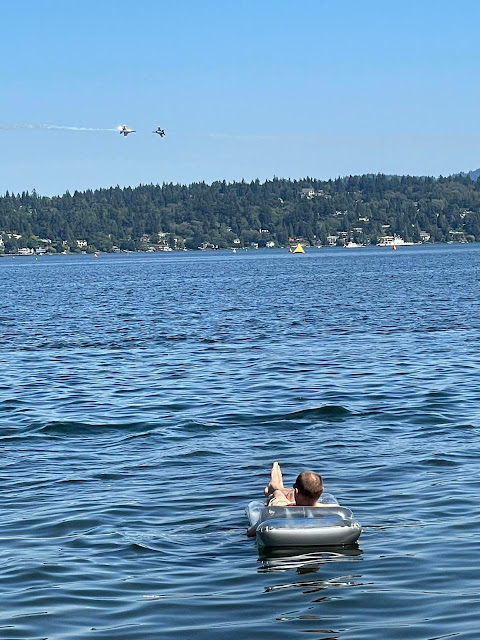 At 1:00 local TV picked up the action. I watched hydroplane racing, air acrobatics, parachuting, and the Blue Angels. 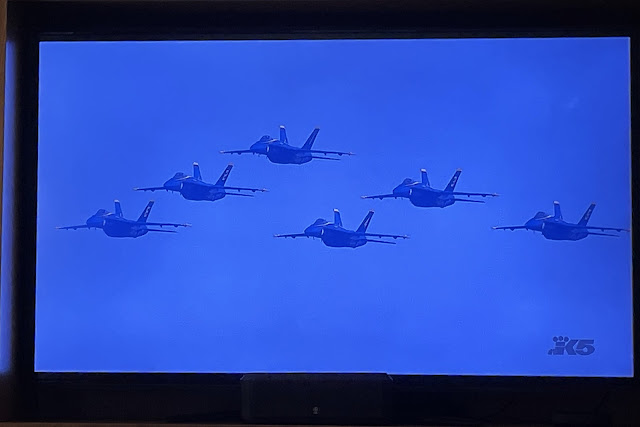 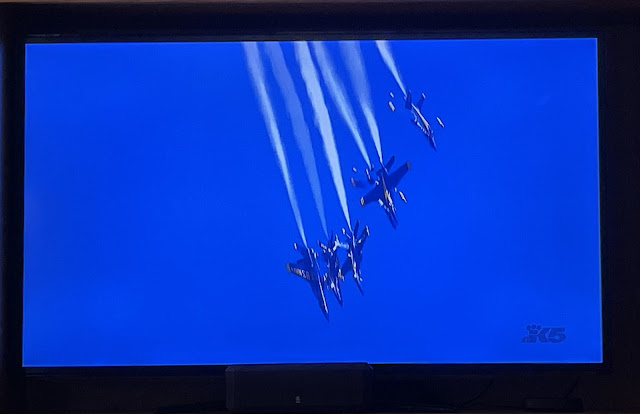 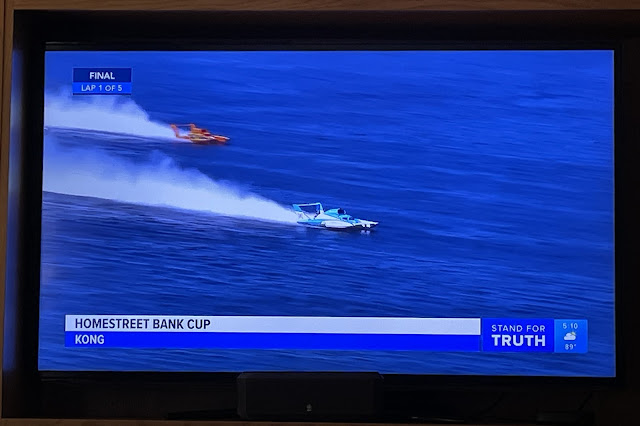 There was lots of noise and excitement for the many people who flocked to the lake after two years of no SeaFair.  I had fun too, just watching on TV. It's summer in Seattle.

Now those people who hated all the noise are happy. The planes are gone - I heard the Blue Angels fly over this morning - and the boats are being readied for the next race in San Diego. Those who have to are going back to work, probably a little sun burnt and perhaps a bit hung over. Seattle's big party is over.