My day began on July 4th with getting up and making blueberry coffee cake, which we took to the brunch at a friends house on the parade route in the community of Normandy Park.

There we visited and ate far too much, what with all of the goodies that everyone who attended brought.

As the parade got under way, we moved down near the end of the route to where we had planted our chairs. From there we watched the parade, and could then make a quick get away to join the kids at The Cove.

Meanwhile Jill had charge of Gus the Bus and five teens, including Isaac and Irene, their cousin Allie from Nebraska, and their second cousins Bryan and Sara from California, all staying with Jill for a few days or more. 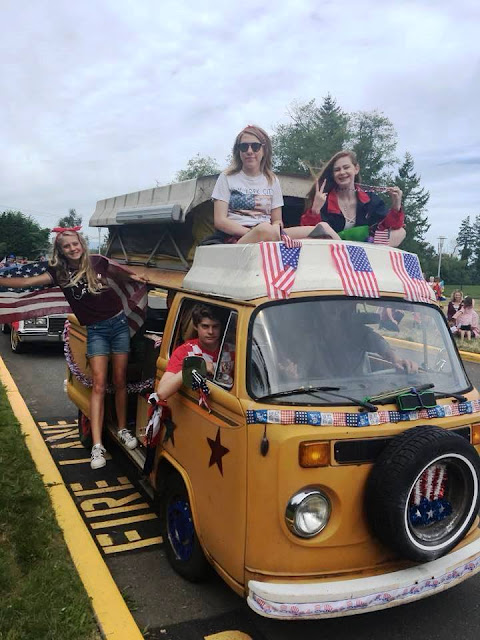 Jake showed up to join the fun and drive the van. 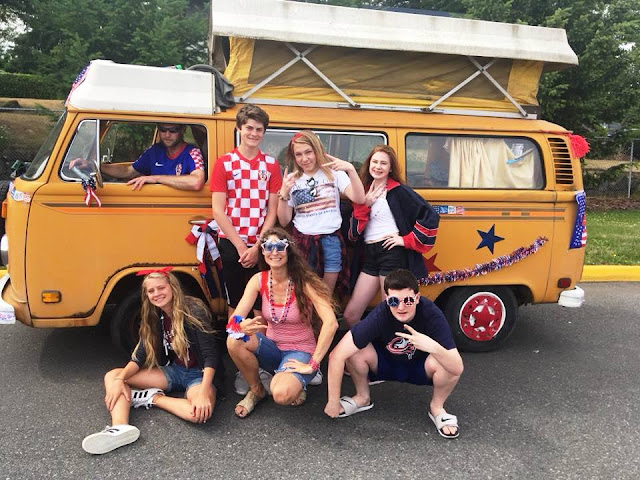 After getting the old vintage VW camper van ready, Isaac and Irene became T-Rexes to accompany a friends entry into the community parade. 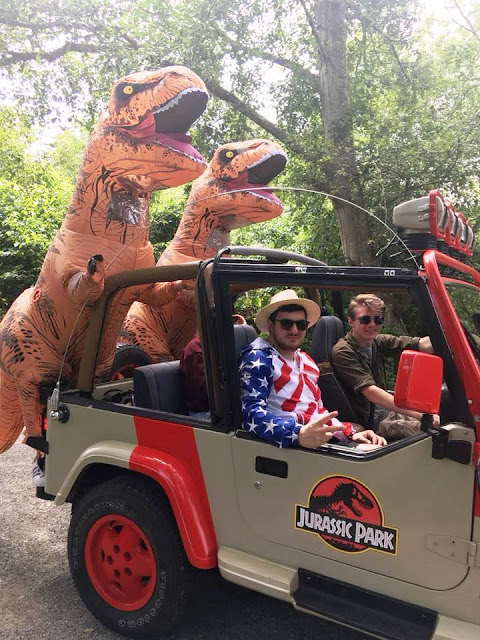 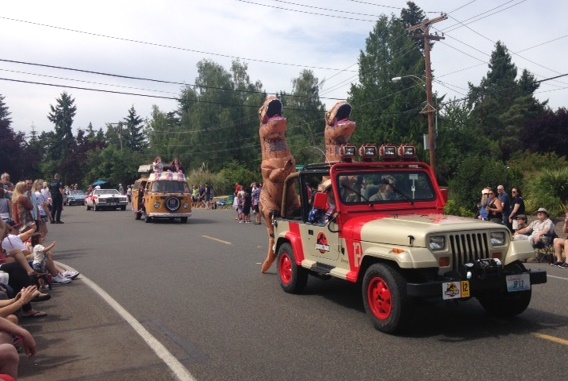 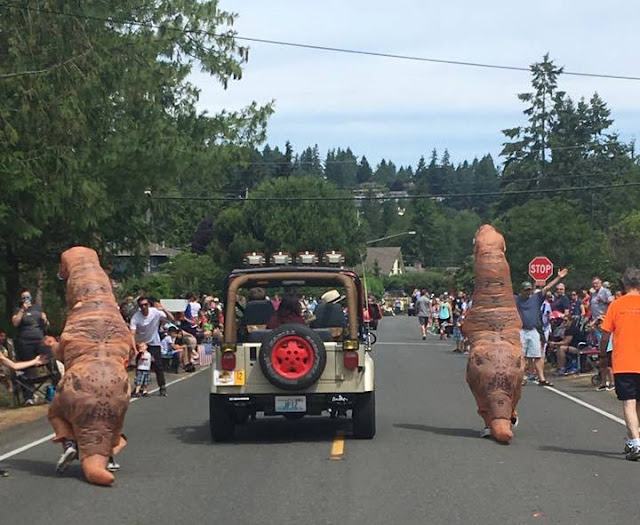 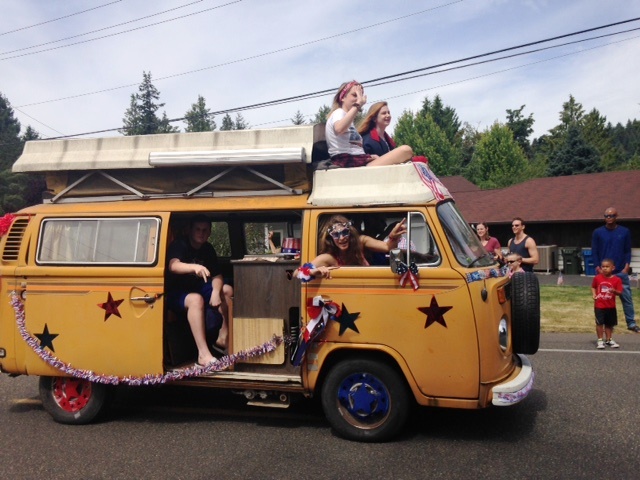 The parade was mostly vintage cars, with a few trailer "floats", lots of kids, cops, fire engines, and candy tossing. George was there too. 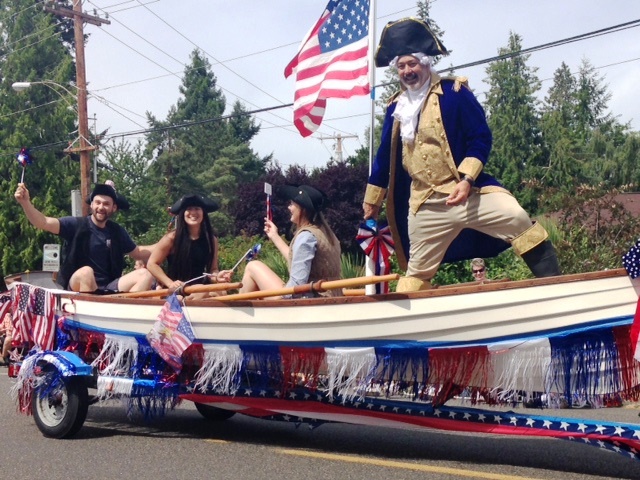 Tom and I followed at the end of the parade over to The Cove, a Park owned by the City of Normandy Park, where parade entries gathered and the city fed everyone hot dogs, pop corn and ice cream. Tom and I were too full to eat.  We met up with the crew. 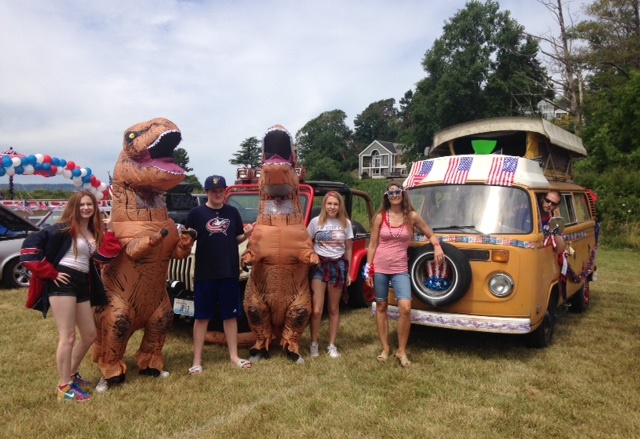 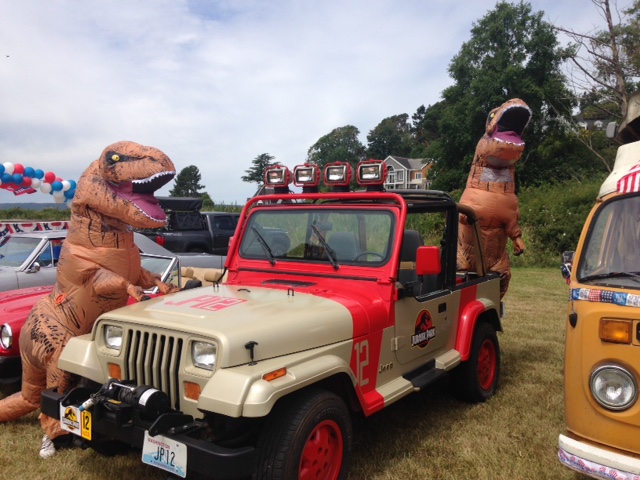 Irene is in there. 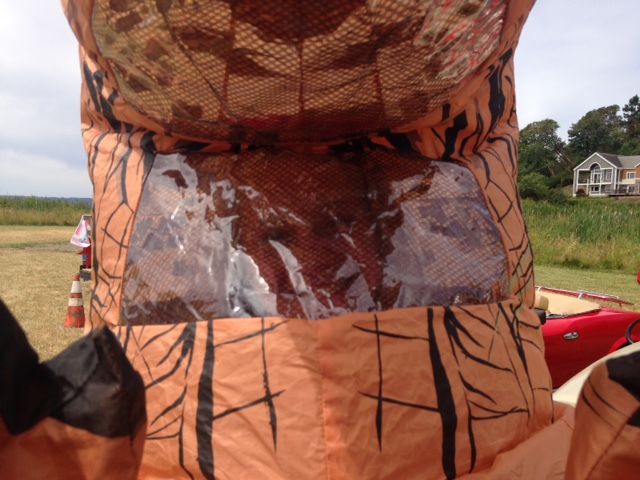 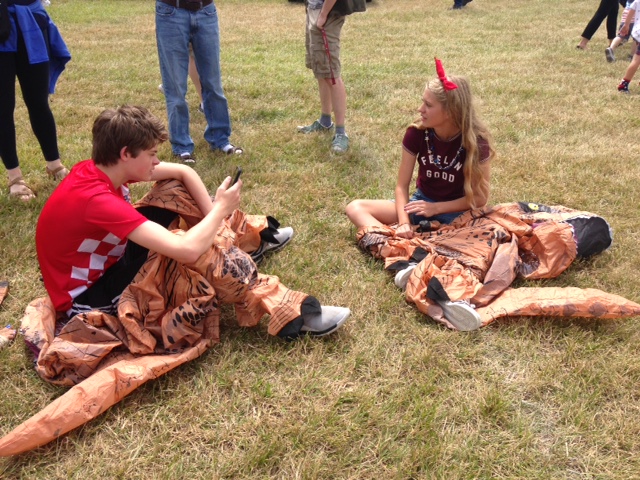 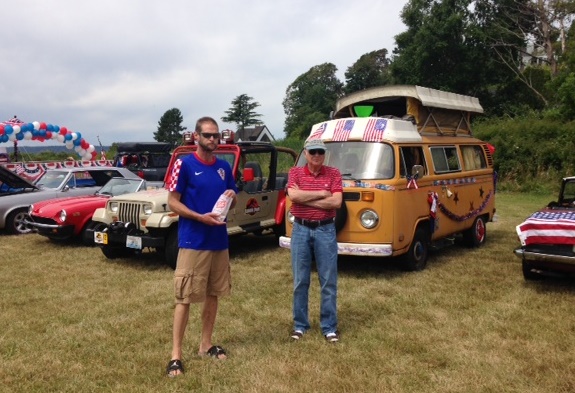 Eventually we drifted off back to our car and headed home for some R & R and lots of Facebooking.

At 4:00 we loaded up our pies and potato salad and headed for Jan's house on Henderson Bay. 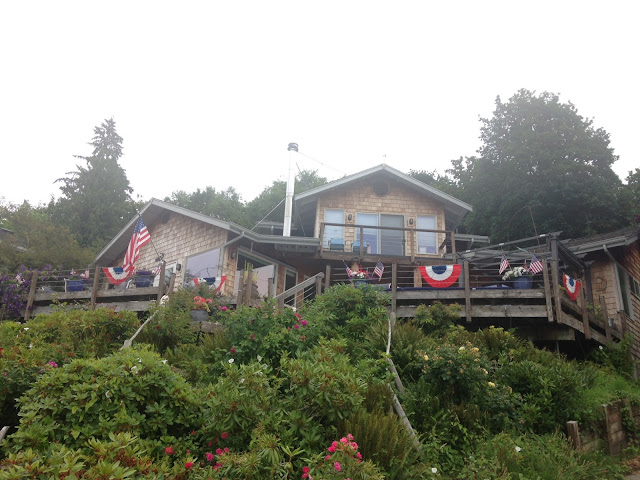 There we ate some more! 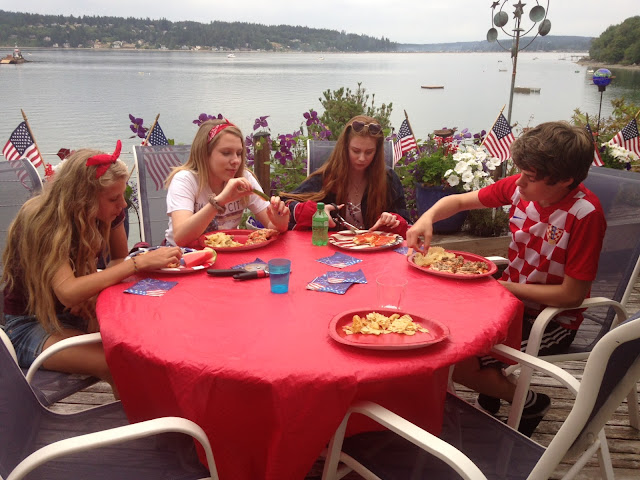 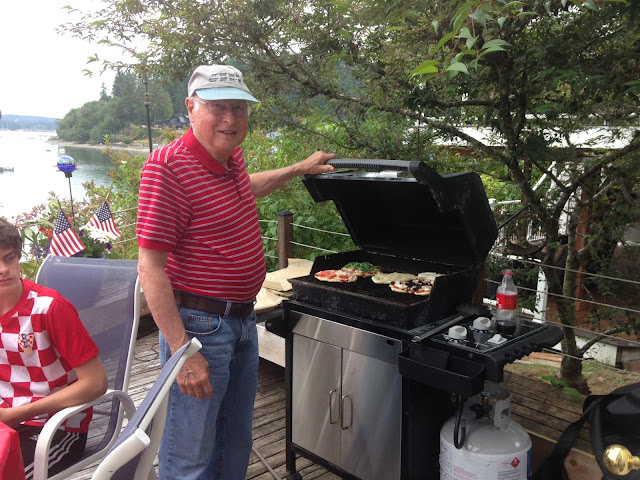 There was lots of pie! 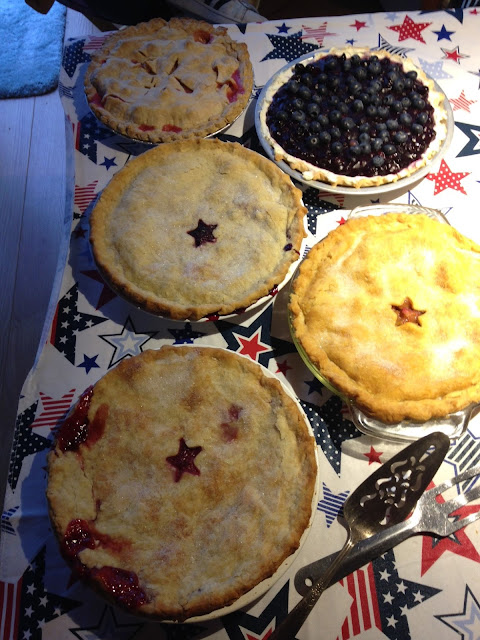 And a very cool cake! 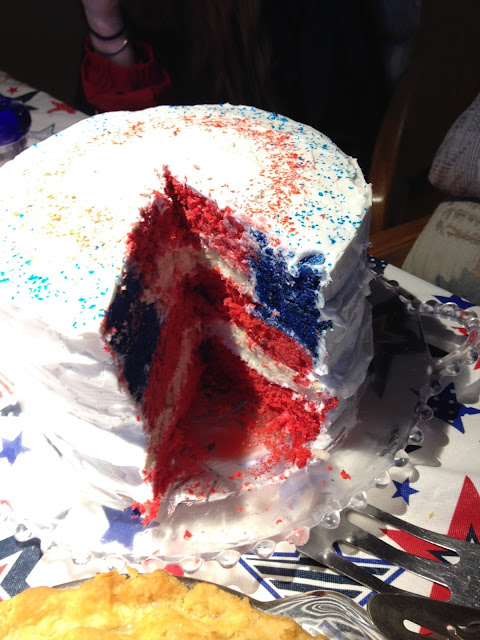 The kids went kayaking while we waited for dark. Then Jill and the kids put on their fireworks show before the big show from out on the barge in the bay started. All along the bay families were also putting on their shows. 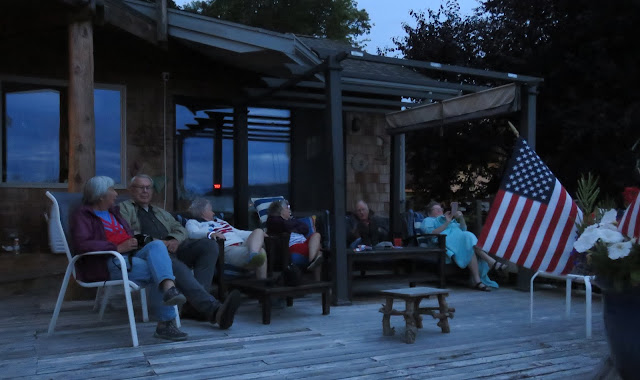 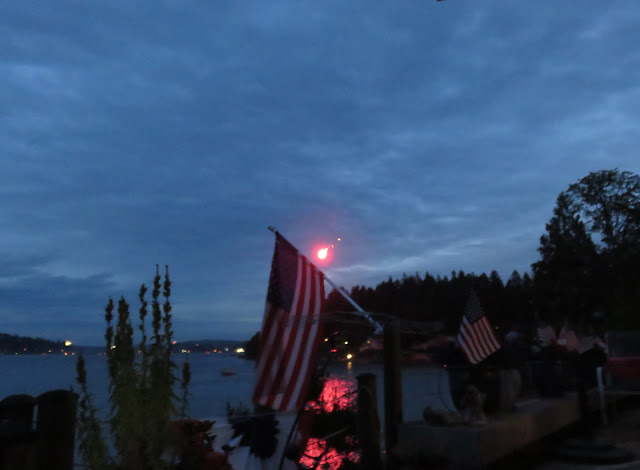 Then the big show began. 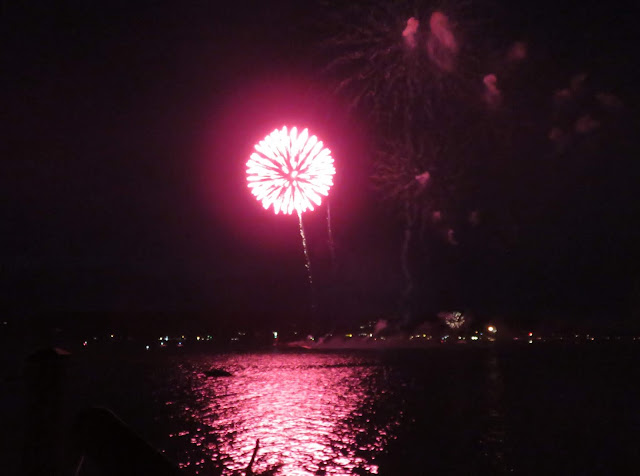 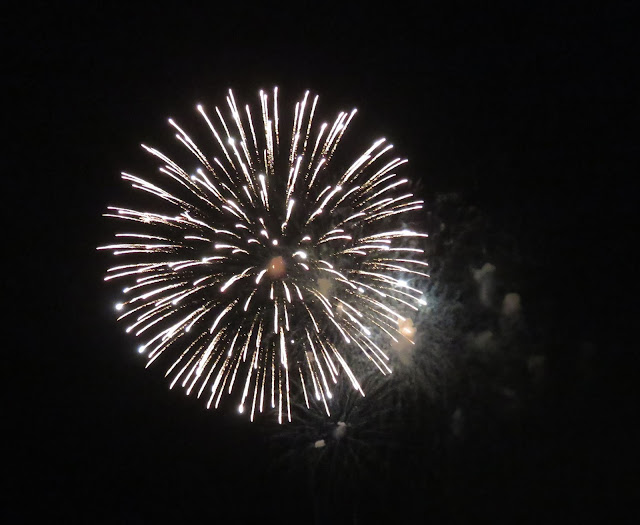 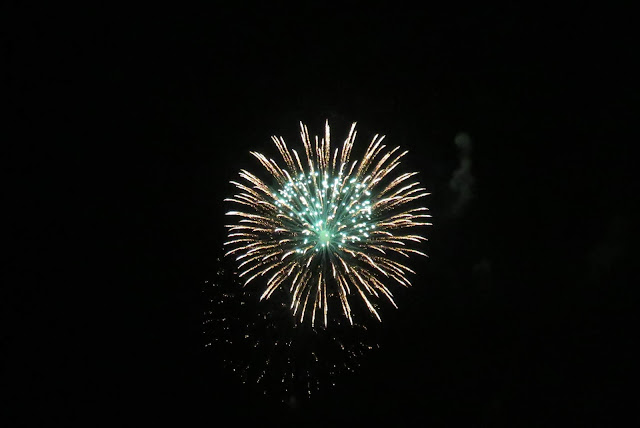 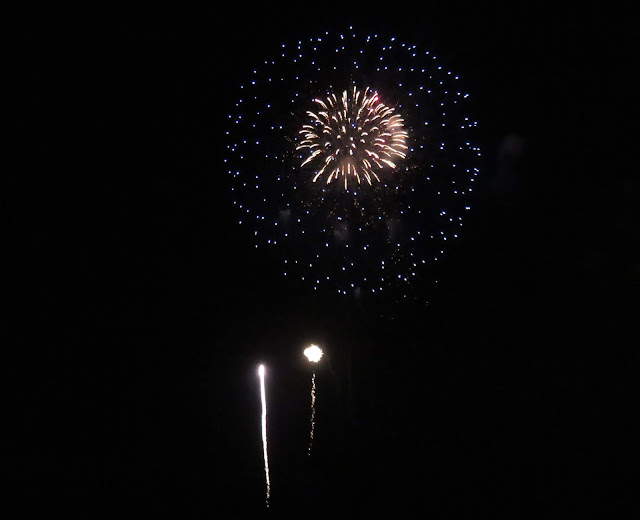 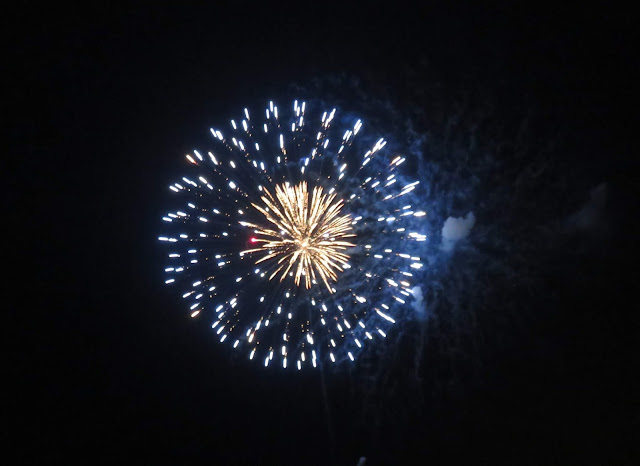 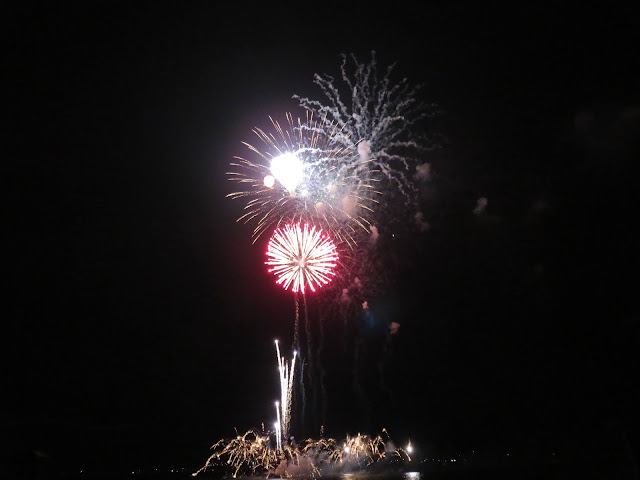 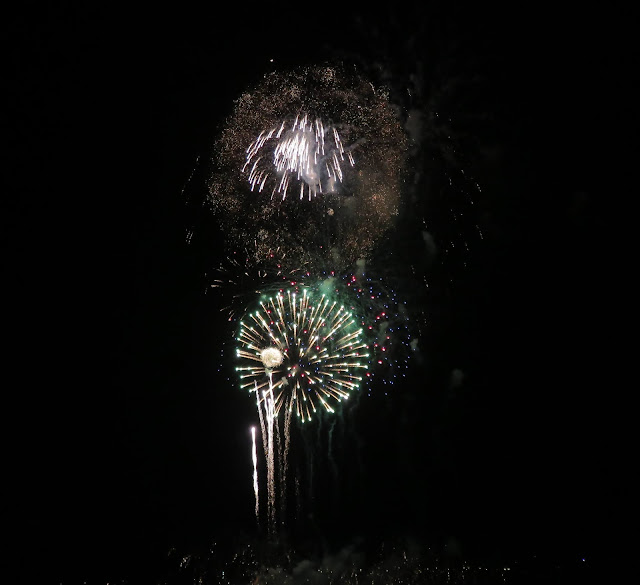 It was long and loud and wonderful.

Another Independence Day went out with a bang and is now in the books. We all had fun and ate too much and will now work on getting back to "normal".

We celebrate the freedoms we have as Americans, knowing we will have to work to protect them, and we acknowledge with gratitude the opportunities we have been provided that allow us to not only be well fed, and even indulgent.
at July 05, 2018 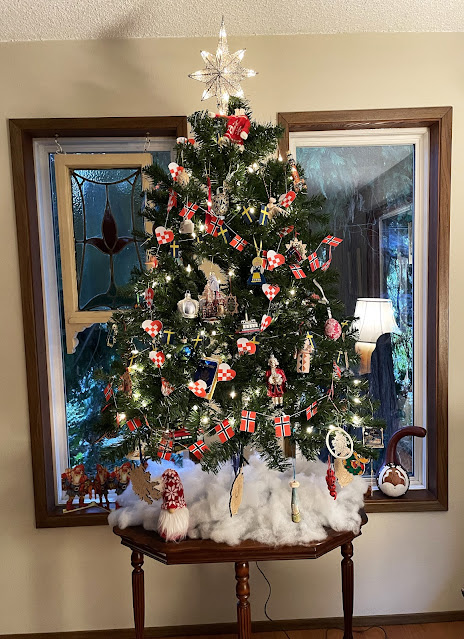