I'm cold. I can't get used to it being so much colder already. No, it's not freezing. The high today is 49 this afternoon, and now the rain is moving it.

We are used to some warm Indian Summer days in late September and October, but not this year. Summer ended much too abruptly.

We got our COVID booster shots this morning. I had to wear a short sleeved Tee shirt and even under two layers of fleece I was cold. I will now be living in long sleeved Tees most likely until June.

My hip hurts. I developed tendonitis, probably surgery related, and the exercises I'm supposed to do to stretch it seem to be making it worse. I guess time will tell.

Is that enough complaining? Probably.

I'm roasting a Delicata squash for dinner tonight. It's now the season for oven roasted vegetables, that's a good thing, and the oven will add welcome heat to the house. 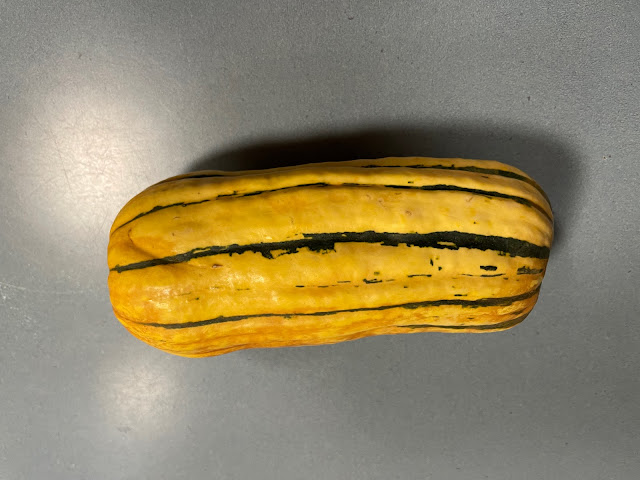 I picked some new flowers yesterday. The pickings are getting slimmer now, and if we get a frost all will be gone. 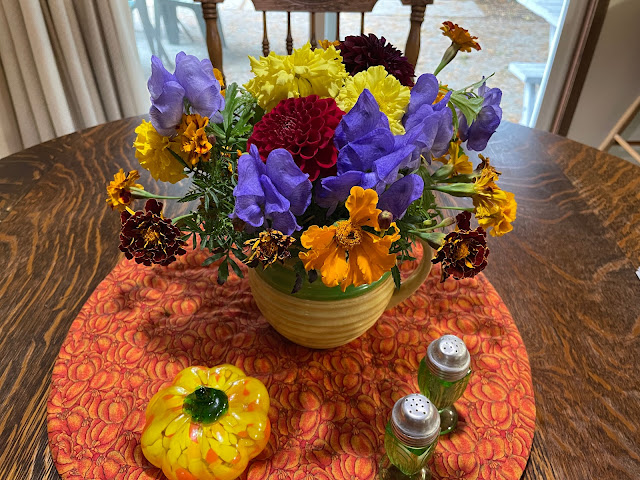 I have been trying out some more quilt patches now that I finally have that one done that I spent forever on. 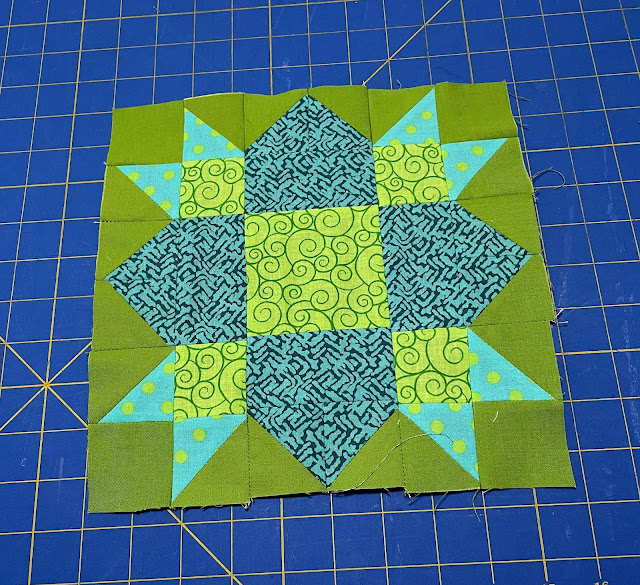 I decided I needed to learn a little more about being more efficient at this so I have looked at some online tutorials as well as looking for more designs. Then I dug through my scrap boxes to see what combinations I could come up with. 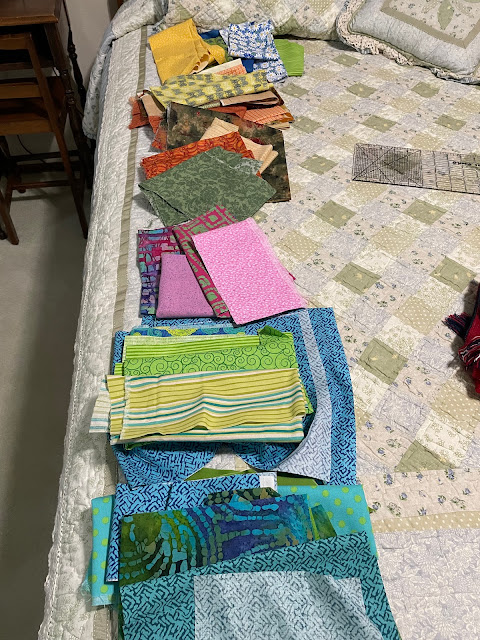 I'll have some fun with these. I have no idea what I will do with all of the quilt blocks when I have a bunch. Right now I'm just having fun putting colors and shapes together.

Out in the garage Tom has been working on his Bonsai trees. He has declared this one finished after painstakingly trimming all of the needles and rewiring it to reshape it. 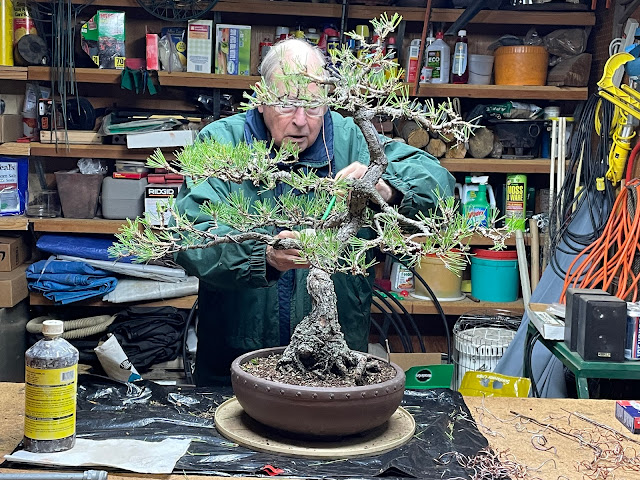 Outside his Trident Maple Bonsai is coloring up, a beautiful spot on the bonsai bench. 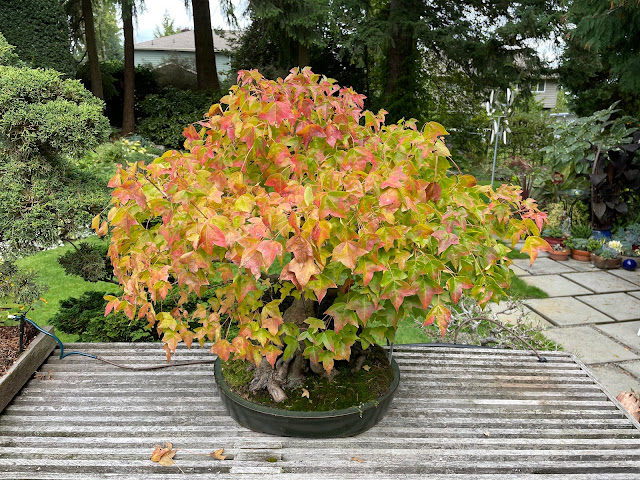 Since I was outside I decided I needed to move around a bit more so I went to see what's happening before the rain comes back. 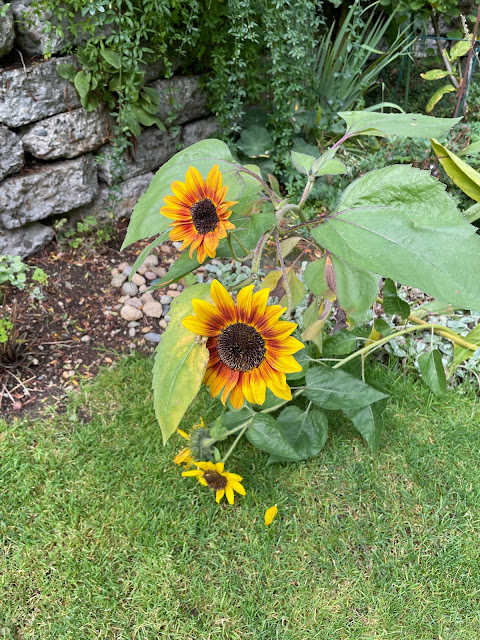 This little falling over sunflower that seeded itself in the rose bed just keeps on going.
until it announced itself with a lovely bloom in late summer. Now it just keeps carrying on. 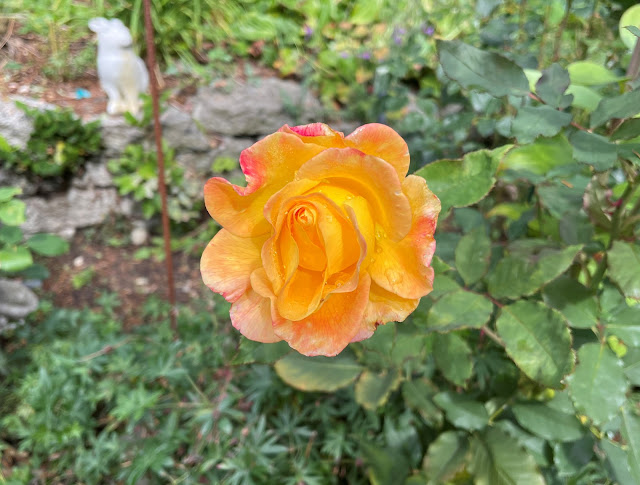 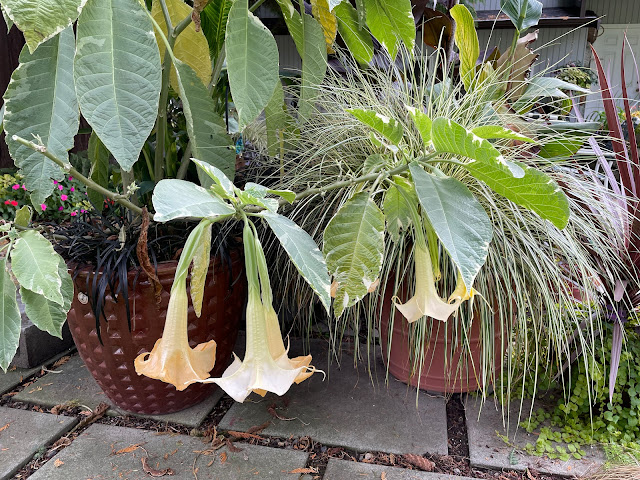 Tom's Brugmansia finally rebloomed after an initial blooming in the spring. He thinks he may be feeding it too much so all it did was grow and not bloom. It least it made it before the frost. 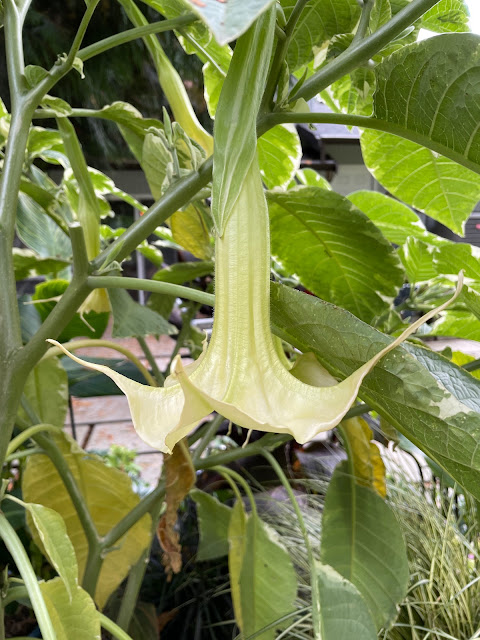 Hosta turn golden before they collapse. 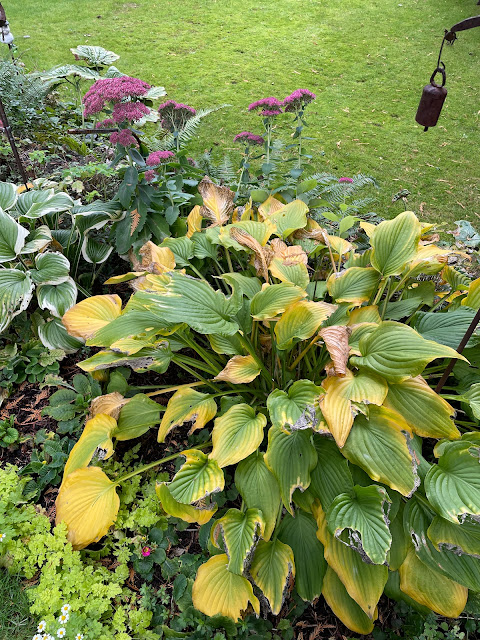 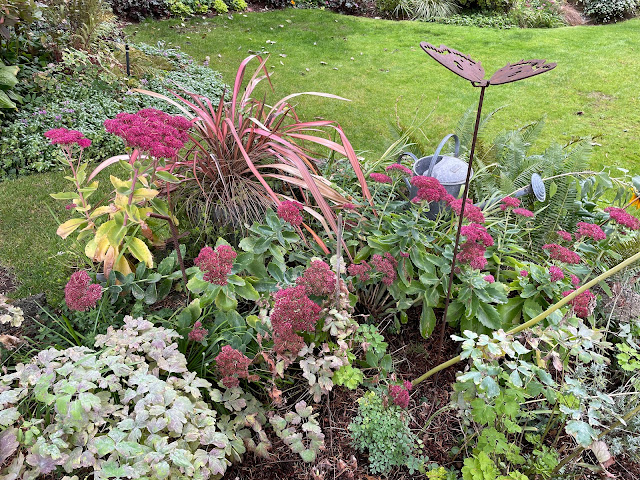 Tom's ongoing project is spading up the raised beds. He hasn't re-dug then for several years and it seems they are filling up with tree roots from the neighbor's trees. It is not a fun job to dig them all out. 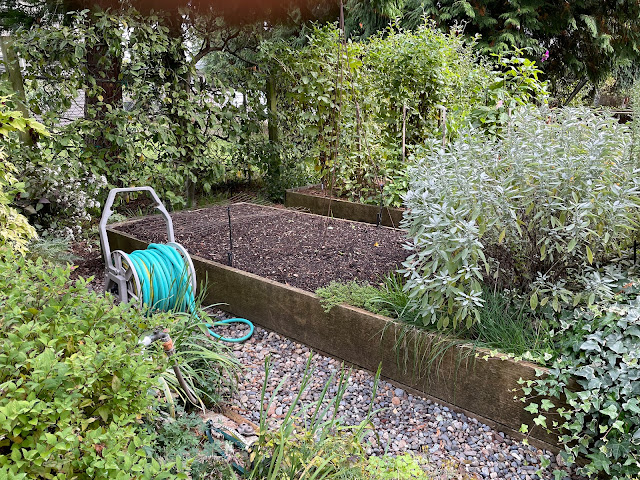 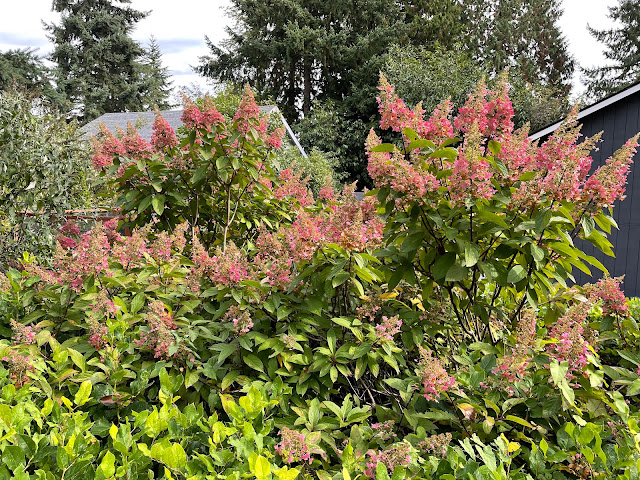 It looked like this Japanese maple was coloring up, but on closer look, it's the seed pods that are all going  red. 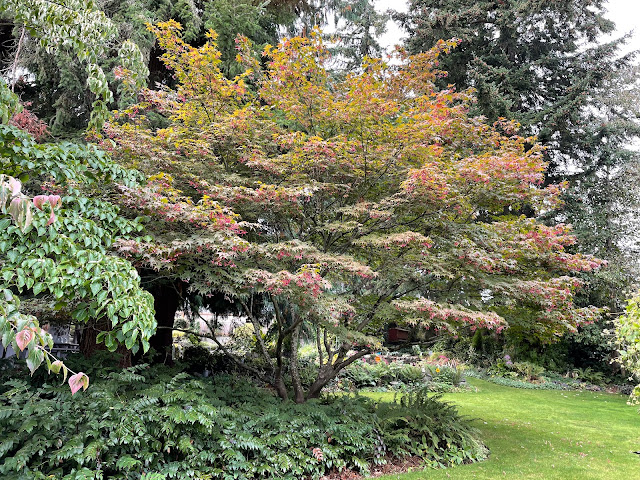 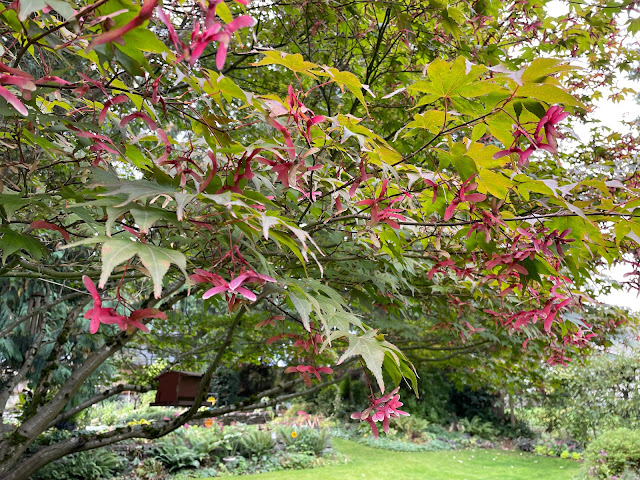 Green tomatoes, anyone? It got too cold too fast for them too. 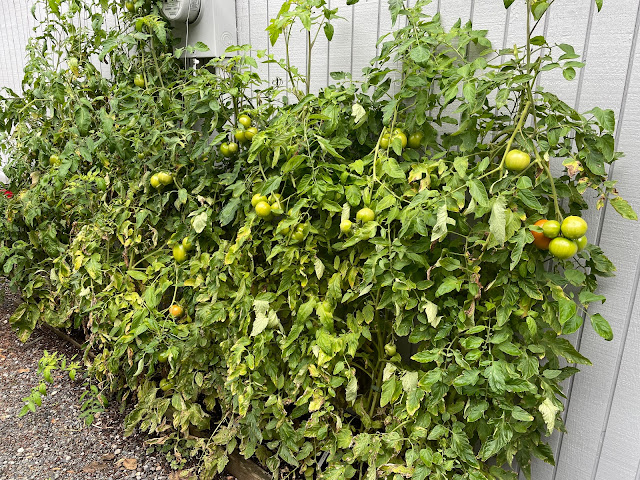 We've had a good crop but I hate to leave so many on the vine.